SAN FRANCISCO (Reuters) - At various times in its short life, Uber, a service that allows users to hail black sedans on their smartphones, has been charged with licensing offenses in Toronto, declared illegal in New York, and served with cease-and-desist orders by regulators from California to Massachussetts.

But that history did not stop Uber Chief Executive Travis Kalanick from announcing plans Friday to expand into another business that's been facing even more regulatory scrutiny: dispatching cars owned and operated by common citizens.

With the new service, called UberX Rideshare, four-year old Uber would begin to directly compete with popular startups like Lyft and Sidecar, which have proliferated across U.S. cities over the past 12 months while skirting more rules, some regulators say, than Uber itself.

While Uber mostly dispatches licensed limousine drivers who hold insurance policies during their off-hours, Lyft and Sidecar, which also provide smartphone apps to hail rides, coordinate stables of unregulated citizen drivers who operate their own vehicles.

Speaking to reporters in a conference call on Friday, Kalanick said he had withheld from launching a private vehicle-dispatching business until now due to its "extreme regulatory risk." But because Lyft and Sidecar have continued to operate without licenses in several cities, Kalanick said, Uber would also compete with them until they were shut down or regulated.

"In most cities around the country there are stiff citations for doing what is called ride sharing as well as the potential for criminal misdemeanor," Kalanick said.

"We're sort of taking cue in terms of, if they want to enforce, that's something they should do before a bunch of companies roll out services."

Kalanick said he was considering New York, Chicago, Boston, Seattle and California among the markets where he would launch UberX Rideshare.

Terrie Prosper, a spokeswoman for the California Public Utilities Commission, could not immediately comment on Uber's new service.

In recent months, the company has taken steps to settle its disputes with authorities. The California Public Utilities Commission, for instance, lifted its cease-and-desist order earlier this year and Uber has been allowed to operate its black car service on an interim basis until the commission determines a set of permanent regulations.

But in copying Sidecar and Lyft, Uber could risk antagonizing local authorities which have generally been more skeptical of services that involve private individuals who may not hold commercial insurance policies but moonlight as cab drivers.

Sidecar has been locked in a lawsuit against the city of Austin, Texas, where it has continued to operate after the city council passed a law earlier this year banning the service. The company has also defied the Philadelphia Parking Authority, which has tried unsuccessfully to shut it down.

Sidecar's spokeswoman Margaret Ryan declined to comment Friday, but its chief executive, Sunil Paul, has repeatedly argued that the company merely helps match willing drivers with those who want a ride, and is therefore not running a transportation service. 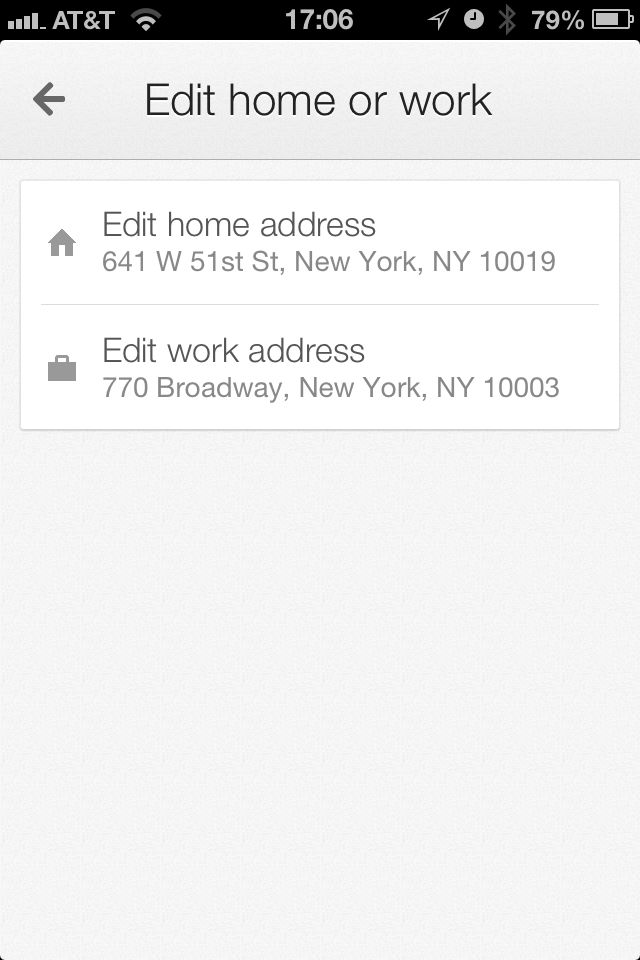 1 / 7
Go Home Fast
At any time during your Google Maps usage, you can input a Home and Work address; once you do, those two addresses will pop up whenever you begin to type in an address in the app. You can also navigate to them quickly by typing in "Home" or "Work" into the main app search bar. You can change those addresses easily: 1) From the main screen, touch the small icon of the man's head and shoulders on the top-right of the screen. 2) Touch the gear icon to enter the Settings. 3) Touch "Edit home or work." 4) Touch either "Edit Home address" or "Edit work address" to input your own locations. NOTE: The address in the screenshot is not my personal address, but is rather the address for The Hustler Club in New York City, an establishment that, while not technically the location of my apartment, is a place that I do consider "Home."
Google