Of course, that’s bound to happen when you have your first child.

Ansaroff, 34, gave birth to Raegan Ann Nunes, on Thursday, and announced the new member of the family Friday on Instagram:

In a different post of the same picture, Nunes said the whole experience left her “speechless.”

Ansaroff, ranked fifth in the women’s strawweight division, officially announced she was pregnant in March, but discussed her plans on how she would approach becoming a mom to TMZ last December.

“I’m taking a year off,” Ansaroff said, but added that “I’m gonna be training throughout my pregnancy. I’m gonna stay in shape. I’m not gonna, ya know, just like not do anything and jump in.”

The two fighters met at a gym in 2012 and bonded immediately, according to a 2017 Teen Vogue article.

“I’d never trained [MMA] with any women before and, for a girl to be fast like her, I’d never seen that before,” Nunes said. “She was a very good partner. I liked training with her. I liked her style a lot and it made me evolve, at the same time. I liked her a lot. And then we started sparring.”

The relationship grew and so did the careers of Ansaroff and Nunes, who in 2016 became the UFC’s first openly gay champion.

The couple is engaged, but no wedding date has been announced. 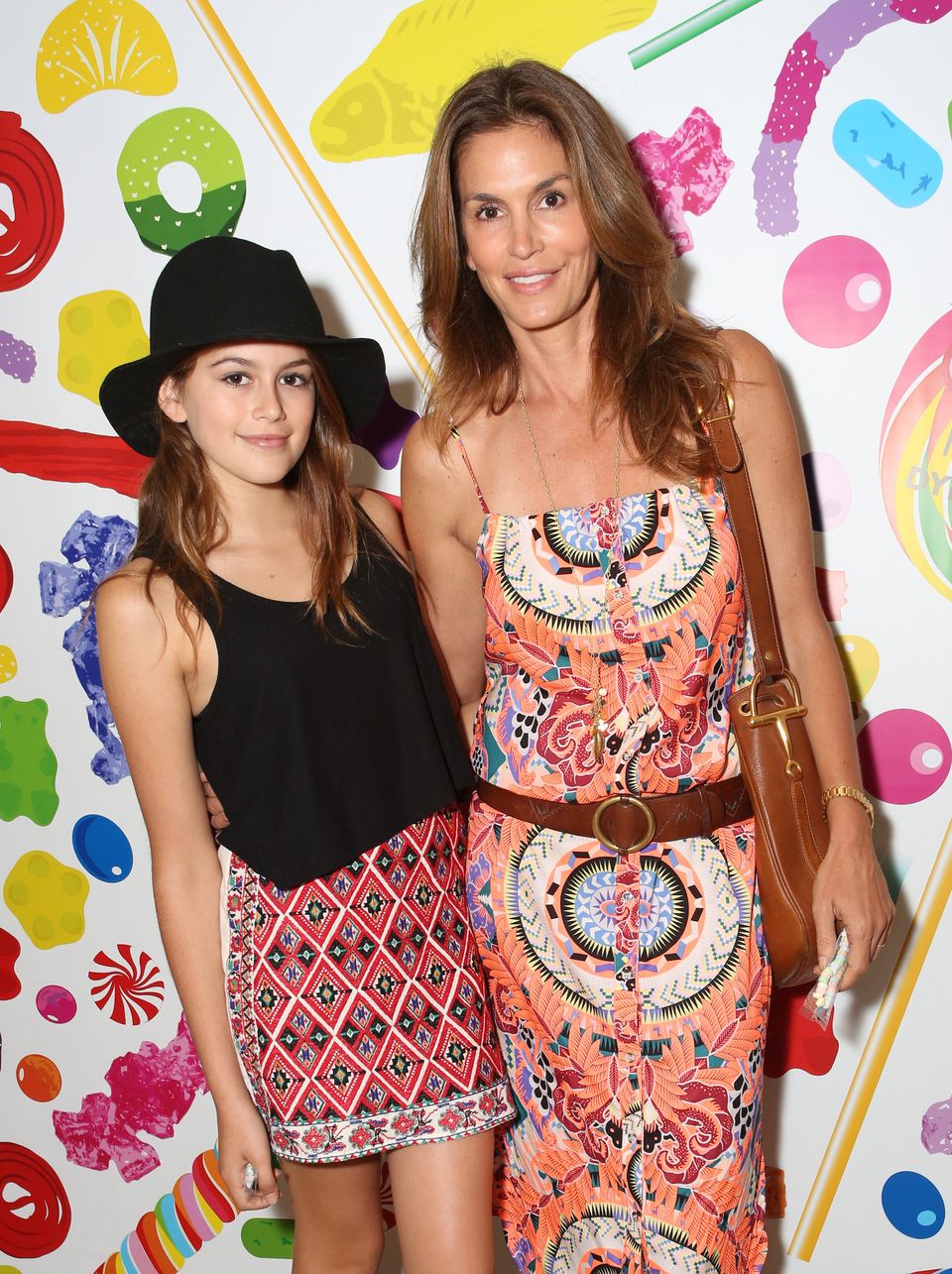 1 / 21
Cindy Crawford
Cindy Crawford’s 13-year-old daughter Kaia looks just like her! The successful model is also a mother to a son named Presley, who is 15.
Getty