WASHINGTON -- Don't worry, the strange object seen just outside the nation's capital Wednesday night wasn't a UFO. It was a drone.

A strangely-shaped saucer-like aircraft was seen in D.C.'s Maryland suburbs around 11 p.m., causing traffic backups and speculation about government coverups. Photos, like like this one widely circulated on Twitter, show the mysterious object being driven along the Capitol Beltway near College Park on the back of a truck.

Maryland State Police at the McHenry Barrack have confirmed the aircraft seen on the Beltway was a military airplane being moved from West Virginia to Naval Air Station Patuxent River in Southern Maryland.

The plane is 82 feet long, 32 feet wide and 14 feet high. The X-46B is the same type of military vehicle that crashed earlier this week near Salisbury, Md.

The vehicle that had crashed was also a drone. The Patuxent River Naval Air Station is home to a large drone program.

This time the drone was spotted on the highway. Matt Funk, lead test engineer, told NBC4/WRC-TV that "in the coming months" the drone will be seen "flying over the base and surrounding area along the Chesapeake Bay."

Funk identified the aircraft as a one of Northrop Grumman’s X-47B drones, a type of aircraft often mistaken for a UFO, not an X-46B as was reported by WTOP. And the drone that crashed earlier in the week was Northrop Grumman's RQ-4A BAMS-D, according to media reports.

When asked about the discrepancy in the type of aircraft, a representative from the Maryland State Police told HuffPost that there's "nothing in the paperwork that mentions what type of aircraft it was."

Know your drones -- check out the slideshow below for photos of the mysterious aircraft, the drones it might have been and some Twitter reactions to the Beltway sighting:

PHOTO GALLERY
UFO On The Beltway?
Download
Calling all HuffPost superfans!
Sign up for membership to become a founding member and help shape HuffPost's next chapter
Join HuffPost 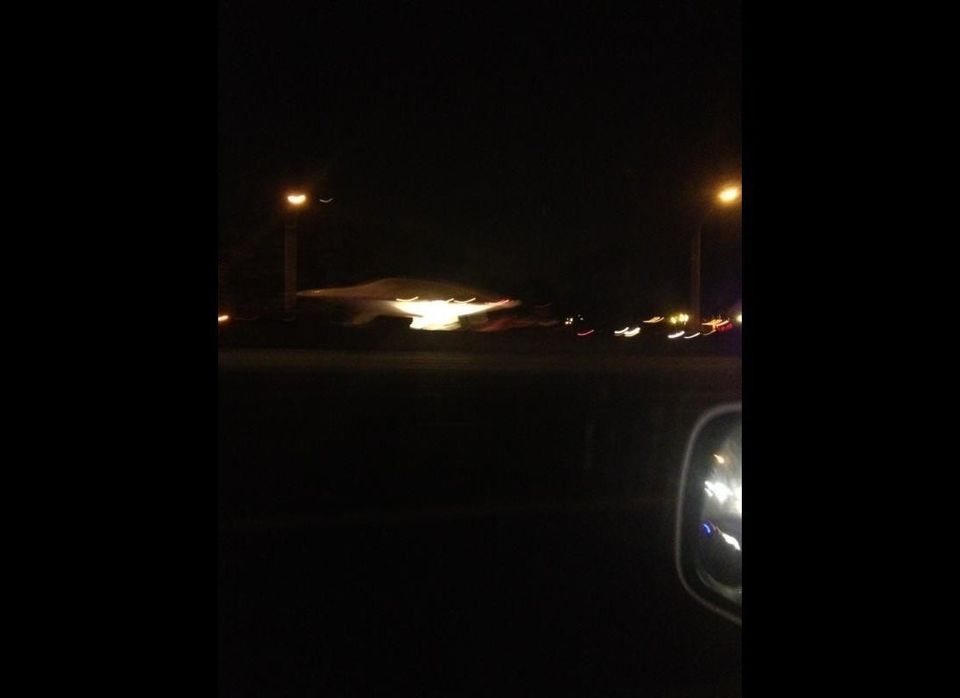 1 / 5
UFO On The Beltway?
Twitter/say_wallah_man