Once upon a time, UFO conventions or seminars primarily attracted the lunatic fringe crowd -- those who arrived wearing alien costumes, tin foil hats and hoping to meet the alien man or woman of their dreams. Certainly, it was not the kind of event where serious scientists showed up.

While there still exists a "purchase-an-ET-trinket" mentality fostered by an ever-present vendors room, the overall credibility climate has evolved where the topics presented during the week include government coverups, conspiracy theories, crop circles, alien abduction and former NASA scientists speaking out on how close we are to extraterrestrial contact.

Explore the out-of-this-world UFO-related items at the UFO Congress:

The IUFOC -- the biggest UFO conference in the world -- is presented each year by the Arizona-based Open Minds Productions, which offers the whole spectrum of UFOs and related unexplained phenomena through radio and television programs and their OpenMinds magazine.

"We have a lot more credible speakers than what the general public would expect for a UFO event," said Alejandro Rojas, one of the co-organizers and the master of ceremonies at this year's IUFOC.

The diverse speaker list for the UFO Congress includes:

One feature unique to this conference involves people who attend special experiencer sessions with therapists.

"We have therapists who put together [UFO] abduction experiencer groups. These are like group therapy where people can get together with others who have similar experiences. It is headed by therapists, and we have a lot of people who participate in those sessions, which are closed to the media because they’re just for therapy and for people sharing their stories," Rojas told The Huffington Post.

When it comes to claims of people who believe they've been abducted by aliens, society -- including skeptics and debunkers -- generally doesn't give any credence to such reports.

"I think it shows that people do believe passionately that they've had these experiences," said Rojas. "But it also shows a large number of people who feel they have these experiences. While the phenomenon is dismissed and whether or not these people are really speaking to extraterrestrials, because of the sheer number of people who believe this is happening to them, it's important for science and psychologists to pay attention to this and at least develop ways to cope with or deal with people who believe they're being abducted by extraterrestrials."

Rojas says he'd like the conference to help people learn and walk away with some knowledge and new ideas about interesting anomalous phenomena.

The International UFO Congress continues this week through Sunday at the Fort McDowell Casino/Resort in Fountain Hills, Ariz. 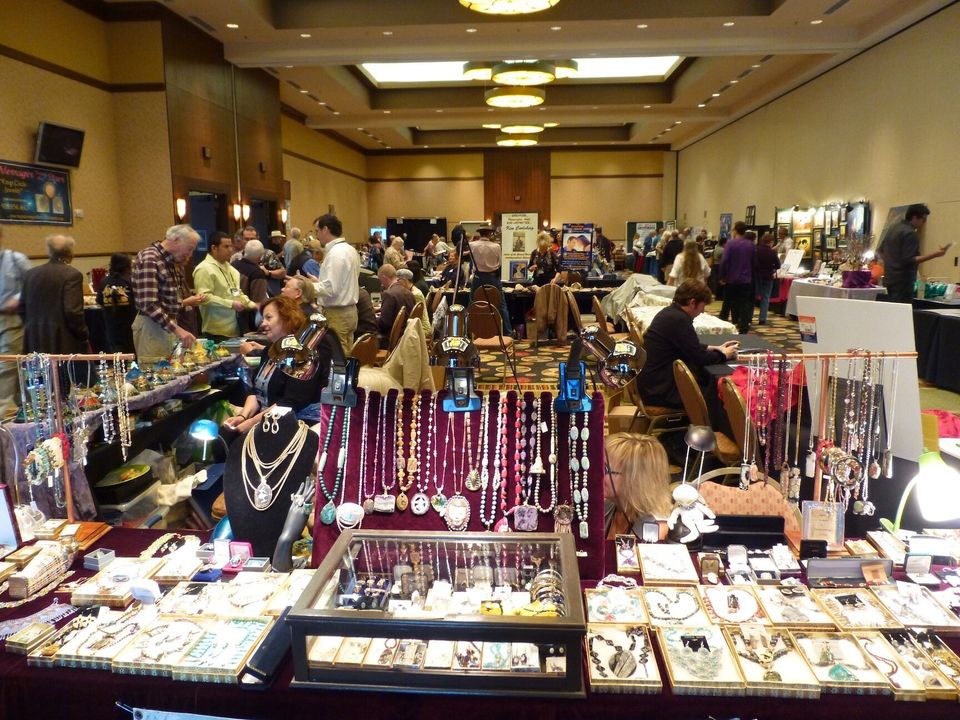 1 / 19
Merchandise vendor room at the UFO Congress.
At the 2014 International UFO Congress in Fountain Hills, Ariz., the emphasis is on UFOs and politics and religion, reported UFO abductions, evidence of life in outer space, government cover-ups, modern physics and UFOs, crop circles, and triangular UFOs. There's also a diverse range of merchandise available, running the gamut of all things related to UFOs, aliens, crop circles and alternate energy sources. Browse through this slideshow to get an idea.
Lee Speigel