UPDATE: March 6 -- A UFO that was reportedly caught on videotape during a live news report in Argentina, apparently was not a UFO -- it was a hoax. Today's edition of cable news channel Todo Noticias (TN) reports that the so-called unexplained object didn't even exist.

In fact, TN has released an unedited version of the original news broadcast and there is no UFO or any other object in the sky outside the window backdrop behind the news anchor desk where the "UFO" originally appeared.

While TN doesn't offer an explanation as to who was responsible for the hoax, it released this statement on its website today:

"The truth is that the video was edited and the UFO was added digitally. Here we show you the original video, without editing, with the full minute from 12:24, the moment in which someone wanted to fabricate a UFO on the air at Todo Noticias."

Something odd seems to have occurred over the weekend during a live news broadcast in Argentina -- a rapidly moving, disc-shaped object appears to move across the sky behind the studio where the news anchors sit on Todo Noticias, aka TN, a cable news channel based in Buenos Aires, Argentina.

From the viewers' point of view, the news reporters sit in front of a large window array which looks out onto an urban scene.

MysteriousUniverse.org reports the news broadcast happened on Feb. 28 and was posted to YouTube by a site called JMHZ71 on or about March 1.

Here's the video of the UFO:

This case brings up questions that revolve around its credibility.

If this newsroom really has a window that looks outside, why didn't anyone in the production company see the object and begin the process of reporting it?

Look closely at the video and you'll notice the object seems to begin to vanish just before it goes behind the building, and then, when it re-emerges on the other side, if you pause the video and watch it step-by-step as the UFO comes into view again, it almost seems to "jump" quickly into the picture.

"I'm not completely convinced that the UFO was part of the original news broadcast, partly because this isn't the first time that I've seen an anomaly allegedly captured behind the cameras of an Argentinian news team," said Ben Hansen, the former lead investigator of the Syfy Channel's "Fact or Faked: Paranormal Files."

"My team went to Santa Cruz, Argentina, in 2011 to confront a news cameraman who finally admitted to using animation software to fake an alien creature walking in the background of an interview. In that case, the news station employee was responsible for adding the hoax to the video segment which eventually aired on their news broadcast," Hansen told HuffPost in an email.

Hansen points out that if Todo Noticias actually captured a UFO during their live broadcast this past weekend, "one would expect the news station would make at least some mention of it on their website for the added publicity. As of today, there is not one mention of the UFO video on TN's website. More than likely, the news station has heard of the UFO claim and has reviewed their broadcast video. Once they ascertained there was no UFO in the original broadcast, they dismissed it as a hoax."

So, what, specifically, are the clues in the video that point to a possible hoax here?

"I maintain this was most likely an animation hoax because of some common editing errors that appear to be present," said Hansen. "If you pause the video right at the 33-second mark (image below), you'll see that the UFO is superimposed right on top of what appears to be guy-wires which anchor an antenna mast. 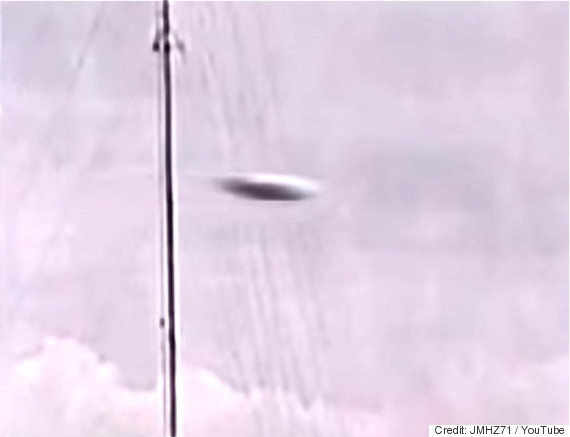 "The problem here is that the UFO has just finished passing behind the antenna. While not impossible to squeeze through, the space between the antenna and its guy-wires is presumably very narrow. The image of the building is fairly clear where the antenna is anchored and I'd expect the UFO image to be less degraded if it were situated in the same visual plane." 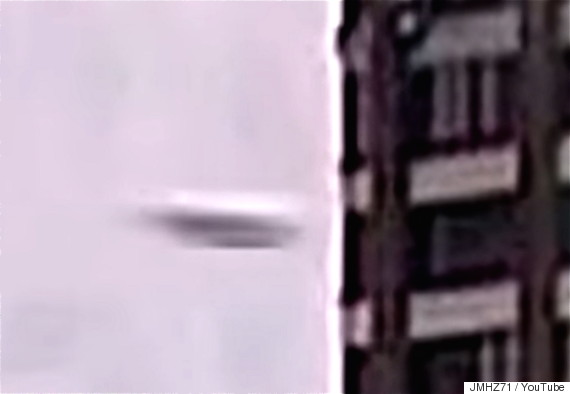 Hansen points out another error of what he refers to as "sloppiness in the composite editing process," that occurs at the 40-second point in the video (image above) where "the UFO prematurely disappears before passing behind the brown building."

So far, the TN website hasn't acknowledged the UFO or offered any statement about the video in question.