Did a UFO fall into an erupting volcano in Mexico, or is it just more computer generated hocus-pocus?

Televisa, a Mexican media company, said Friday it may have captured video of a brightly lit, cigar-shaped UFO appearing to plunge right into the top of Popocatepetl, an active volcano in Central Mexico, which experienced numerous explosions that produced ash clouds on Oct. 25, the day of the reported UFO event, reports Open Minds TV.

According to International Business Times, Televisa caught the alleged UFO image on a fixed camera that is used to monitor the volcano's daily activity, located about 40 miles south of Mexico City. 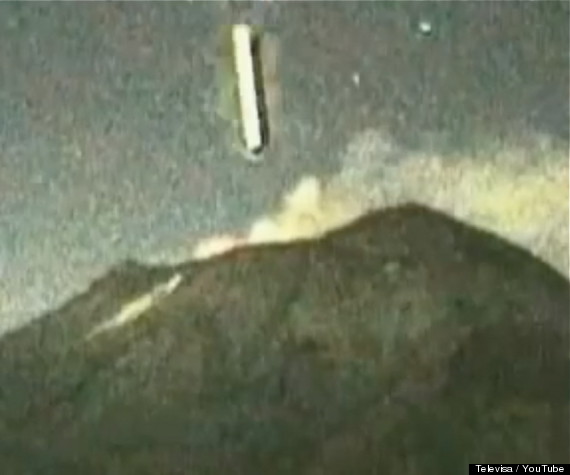 While some may think this was an amazing UFO event, there's a more likely conventional explanation.

"There's a tendency to quickly sign off on the video's legitimacy. The problem is that, at this moment, we don't have an exact pedigree detailing the video's original source and the hands through which it has passed," said former FBI Special Agent Ben Hansen.

"It seems fairly obvious that the audio of the rumbling volcano accompanying the news story was dubbed in," Hansen, the lead investigator of the Syfy Channel's "Fact or Faked: Paranormal Files" series, told The Huffington Post in an email.

"My gut instinct also tells me there is something 'off' with the image of the object," Hansen said. "It seems almost superimposed on the volcano video, as if it's in the foreground and not by the volcano. There's a slight shadow around it as well, which leads me to believe some sort of embossing effect may have been used with computer editing software in an attempt to give it the illusion of dimensionality."

Also weighing in on this questionable UFO, but with a more astronomical explanation, is photo and video analyst Marc Dantonio of FX Models.

"I believe it to be far beyond the crater and, in fact, to be a meteor captured on the successive [video] frames," Dantonio told HuffPost.

"The object in the video appears to be oblong in shape and cylindrical, but is simply trailed because it's moving so fast. It also appears that the video is a compilation of exposures that might be perhaps half-a-second per frame, for example," Dantonio said. 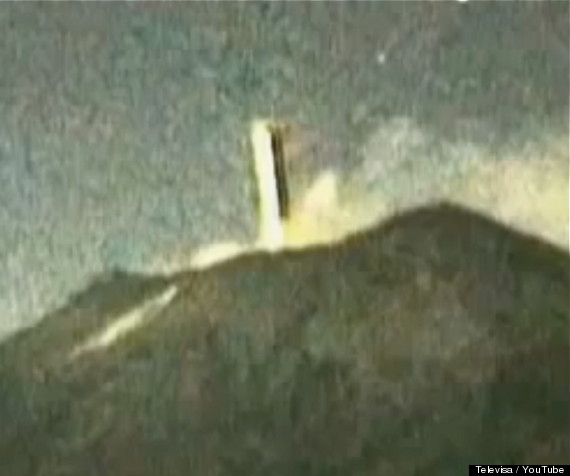 Dantonio -- whose clients include the U.S. Navy, Congress, joint chiefs of staff and the Smithsonian Institution -- further explained why he thought the so-called UFO was anything but.

"Because it's so bright, it generates a few artifacts on the video and you can see this in the freeze frames. It appears to have a ghost image shadow which is common for bright objects in low light cams.

"It also overwhelms the edge of the volcano with its brightness and the camera's pixels 'leak' the brightness onto the silhouette of the crater rim. As such, it is a particularly brilliant meteor and likely was moving much more slowly than typical meteors. In my view, it meets all the criteria."

While Televisa initially assumed that the unexplained object fell or flew into Popocatepetl, it might have, in fact, fallen a great distance away from the volcano, as Dantonio suggested.

And Hansen thinks the timing of the video's release may be a little more than coincidental.

"Although the Popocatepetl volcano area is well known for UFO sightings, we often see copycat hoaxes of certain popular phenomena. This volcano video of a clear, cylindrical and elongated UFO comes right on the heels of the Kentucky UFO sighting of a very similar description."

Check out these UFOs with likely Earthly explanations

Watch this Televisa news report about the UFO and the volcano