It was one of those picture-perfect late summer afternoons in the Rockies. Forty years ago, on August 10, 1972, I was a teenager on my last real family vacation before starting my senior year in high school. We were camping in Grand Teton National Park. The sun was high and a dark blue sky was blotchy with white clouds. My sister and I had been swimming in a surprisingly warm Jackson Lake, getting sunburned, and lazing around our family's campsite. After lunch we all decided to pile in the car and drive through the pines to the Indian Arts Museum at Colter Bay.

When we arrived, we noticed that something out of the ordinary was going on. Groups of people on the lake shore were engaged in animated conversation, looking at the sky, and gesticulating. There was some kind of electricity in the air, and their excitement was contagious. I asked a man what was going on, and became the first of perhaps hundreds of people to listen to the story of what he had just seen.

A UFO, he said, had just streaked across the sky from south to north. I remember his words and the exhilaration in his voice as he described it. It was a ball of flame, almost too bright to look at. Maybe as big as the moon, shedding sparks. It left a trail. And it was moving so fast. Others chimed in with their own descriptions. No way was an airplane, they said. It was a UFO. People lingered, wanting to talk about it. I felt left out, because I had been in the car, and I missed it. My whole family had missed it. 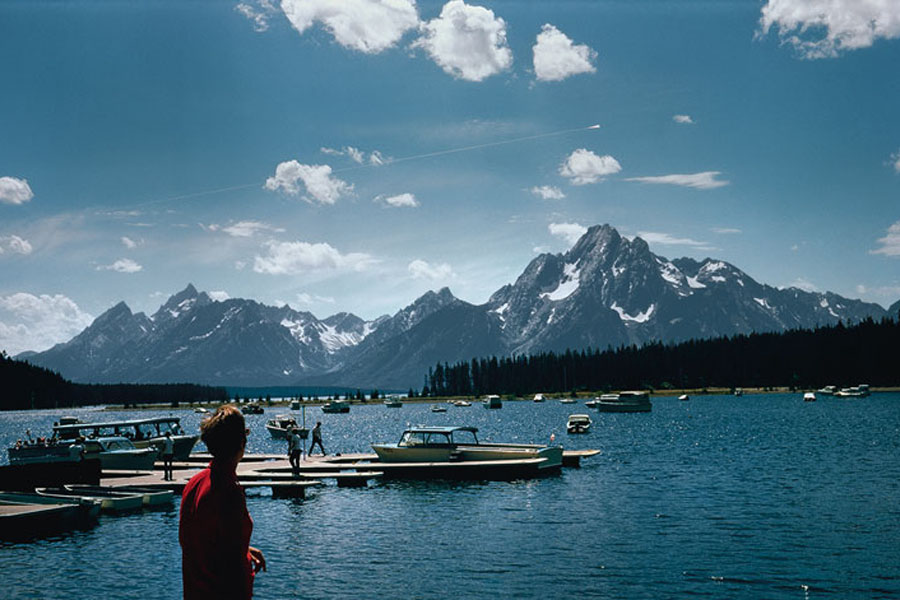 When I was a kid, I loved to read about UFOs, and always wanted to see one. I read popular accounts and watched TV shows about them. Once I found a book at our local library, called "UFO's--Identified." The author was Phillip Klass, a skeptic who investigated UFO reports and explained them in terms of natural or man-made causes. Klass's book changed how I thought about unusual phenomena. It is much more fun and challenging and honest to try to explain such things with science and the laws of physics. To attribute them to some mysterious or supernatural "unknown" is intellectually lazy. It is a shrug at the glory of nature. Paranormal explanations are an uninteresting copout. Klass put me on the path to science and skepticism.

That afternoon at the Tetons I remembered one of his case studies, in which he had meticulously plotted out sight lines and calculated the timeline of one famous historical UFO observation. He showed that it was almost certainly a meteor that had been seen by others, but that the angle of the observation (from directly downrange) made it appear to hang in the sky and move in an unnatural way. I wondered if somebody couldn't do something like that for this Teton event, and figure out what it actually was.

It turns out, that somebody did. The object was seen by hundreds of people across several states and Canada. Its path could be worked out, demonstrating that it was a large meteor on a grazing trajectory. It also became the very first meteor fireball ever recorded by an infrared sensor on a U.S. Department of Defense satellite. It entered the atmosphere over Utah and descended to about 53 kilometers above Montana before its momentum carried it back up to its escape over Alberta. It was probably about 3 meters in diameter when it entered, but much of it was melted and vaporized.

Because of this careful science, we now know that somewhere out in space there is a tiny asteroid with a thin glassy crust it got from the minute it spent rocketing through Earth's atmosphere as the "Great Daylight Fireball of 1972." Such is the glory of nature.