Friend, assigned in 1958 to direct Blue Book, was charged with trying to determine if UFOs were a threat to national security and whether they could be of scientific interest.

"When I first took over the program, I wrote two staff studies, and in both instances, I recommended that [UFOs] be put into another agency which would give them full scientific investigations and analyses," Friend told The Huffington Post over the weekend at a special lecture titled "Military UFOs: Secrets Revealed." 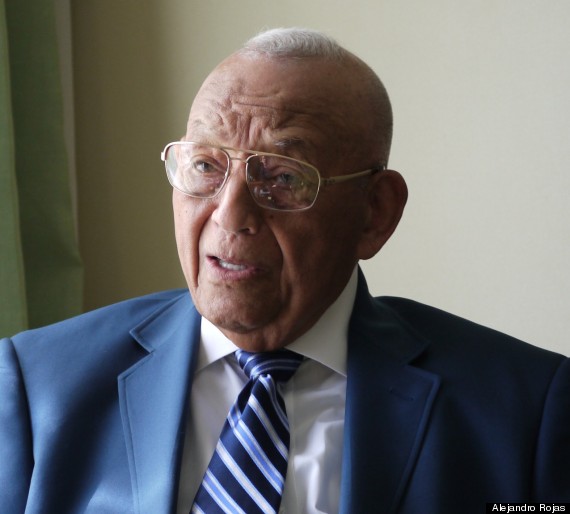 These days, the retired 92-year-old colonel acknowledges that he's spoken to more Air Force pilots than most people will ever meet, and he's heard their stories about strange things they've encountered in the sky -- objects that have come very close to their aircraft.

Despite the roughly 700 UFO cases labeled as "unidentified" during the Air Force's investigation of more than 12,000 reports, Blue Book was closed down in 1969. The project's conclusion: UFOs posed no security threat to the nation, nor did they display any technological abilities "beyond the range of present-day scientific knowledge."

But Friend, who was Blue Book director until 1963, didn't totally agree with the official findings.

During his tenure, he unsuccessfully tried to get the UFO issue moved to the Defense Advanced Research Projects Agency as well as to the then-newly created space agency, NASA. He's had conversations with pilots and military officials who tossed the idea around that some UFOs might be alien in origin.

"Yes, there were some people who had those opinions. I, for one, also believe that the probability of there being life elsewhere in this big cosmos is just absolutely out of this world -- I think the probability is there."

Friend, the oldest surviving member of the famous Tuskegee Airmen of World War II, was joined on Saturday at the UFO lecture by the man who served as Friend's chief spokesman for Blue Book between 1961 and 1963, Col. William Coleman.

Watch this video of Colonels Robert Friend and William Coleman

Coleman related an encounter he had with a "classic flying saucer" over Alabama in 1955 while piloting a B-25 bomber. The 75-foot-diameter, circular disc got so close to the ground that it left a trail of dust behind it before vanishing in the sky.

When HuffPost asked Friend if the United States had any vehicle at the time that looked like or could perform the way Coleman described, he quietly said, "No." When further pressed on what Coleman and his crew witnessed, Friend instead cited a different case where an aircraft reported a UFO that turned out to be a meteor.

Yet, the soft-spoken Friend treads carefully when asked if he thinks aliens have already come to Earth.

"Do I believe that we have been visited? No, I don't believe that," he said. "And the reason I don't believe it is because I can't conceive of any of the ways in which we could overcome some of these things: How much food would you have to take with you on a trip for 22 years through space? How much fuel would you need? How much oxygen or other things to sustain life do you have to have?"

But would those same issues apply equally to an advanced civilization that may have already overcome the hazards of traveling through interstellar space?

Either way, Friend would like to see an ongoing scientific investigation of UFOs.

"I think that anytime there's a possibility of scientific pay dirt from studying these phenomena, that yes, it would be much better if the government or some other agency was to take on these things and to pursue the scientific aspects of it."

Check out these UFO videos from around the world