Something is buzzing around the sky in Denver. It has been captured by at least two videographers and has at least one aviation expert baffled.

According to a FOX TV affiliate, KDVR, a Denver man, wishing to remain anonymous, gave the television station home video that, he claimed, showed unidentified flying objects quickly zig-zagging and maneuvering in the sky over a populated section of the mile-high city.

The man told the station that the UFOs have been appearing several times a week, generally between noon and 1 p.m., and launching and landing somewhere in the Denver metro area.

Watch this news report on the Denver UFOs

"He captured the images on his digital camera from a hilltop in Federal Heights, looking south toward downtown Denver," Hemmat reported. "The strangest part is that they are flying too fast to see with the naked eye." 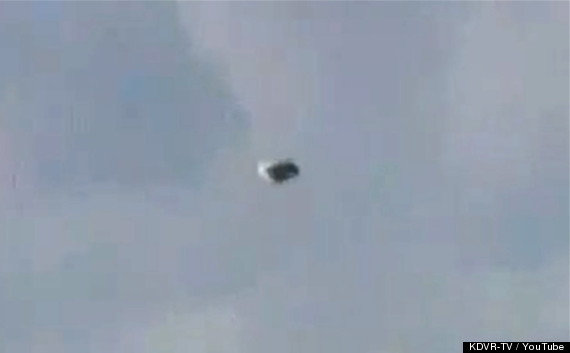 To try and verify the legitimacy of the video, the TV station's photojournalist, Noah Skinner, brought his own equipment out to the same location from where the UFOs were first captured on camera. Hemmat says Skinner shot video between noon and 1 p.m.

When his video was slowed down, it revealed an unidentified object flying in the sky.

KDVR then turned to Steve Cowell, a former commercial pilot and FAA accident prevention counselor, to see if he could make any sense out of the mysterious flying objects on the videos.

"I can't identify it," Cowell told KDVR. "That is not an airplane, that is not a helicopter, those are not birds."

Cowell suggested that the objects could be debris raising up from the ground by atmospheric winds. He also didn't think the UFOs could be explained as bugs.

But according to DoubtfulNews.com, a blog dedicated to the unexplained, that's exactly what these objects are.

"They're bugs! Set up two cameras side by side and triangulate the distance to the object. Clearly they consulted a man in the wrong profession," according to Doubtful News writer Chew. "Get someone who has studied UFOs. Or an entomologist." 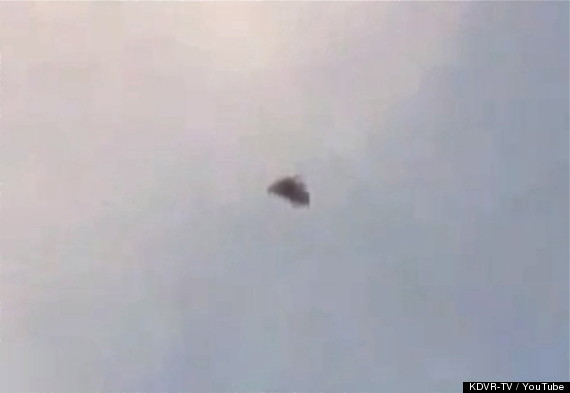 KDVR reported that both the FAA and NORAD couldn't confirm unusual activity in the skies over Denver during those noon-to-1 p.m. time frames.

UFOs, debris, bugs? Check out the video above and the individual screen shots we've provided and make up your own mind.

What will the Denver UFOs turn out to be? Maybe something like these...