Iran Defense Minister Ahmad Vahidi announced on June 10 that UFOs don't pose a threat to Iran's security. His remark came after an unexplained light was reported over several countries, including Iran, Syria, Turkey, Cyprus, Lebanon and Israel, according to Tehran Times.com. Just last week, several people in the Washington, D.C., area -- apparently being vigilant on U.S. security -- reported sightings of a UFO after spotting a drone being transported on the Beltway near the capital.

When the U.S. Air Force officially closed its own 22-year investigation of UFOs in 1970 -- a probe dubbed Project Blue Book -- one of the reasons given for the termination of the study was that no UFOs evaluated by the Air Force were ever considered a threat to America's national security.

The Air Force had also determined and told the public that no UFOs represented any kind of advanced technology beyond current scientific knowledge and that no evidence pointed to the possibility that any UFOs had an extraterrestrial origin.

And yet, military personnel have been telling a different tale in recent years.

"The reason why the military is claiming they don't investigate UFOs is because they don't want to respond to people like you," former Air Force Captain Robert Salas told The Huffington Post last October.

"They don't want to respond to reporters or to the public as to what the heck is going on, and it's been going on for so long. They just don't want to have to answer that question," Salas said. 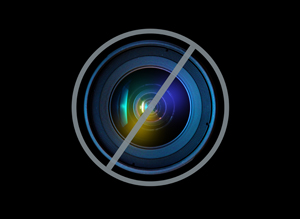 Across the Atlantic, Great Britain reacted to Cold War flying saucer sightings in a similar way. In 1950, the Ministry of Defense created a group of scientists and intelligence experts to secretly examine UFO sightings, according to a British National Archives consultant. Even former Prime Minister Winston Churchill, at right, wanted to get to the bottom of the flying saucer mystery.

The information gathered by this "Flying Saucer Working Party" stayed secret for 50 years, according to David Clarke, of Sheffield Hallam University, who serves as the official British National Archives consultant for the ongoing release of that country's UFO files.

Clarke notes how approximately 5 percent of UFO sightings -- on either side of the pond -- remain unidentified.

"Unidentified, to me, does not mean extraterrestrial spacecraft -- it simply means unidentified," Clarke told HuffPost.

"If you are a military person, certainly since 9/11, an unidentified object in the sky -- if it's reported by a military observer or it's something on radar -- they're not immediately going to think, 'Ah, it's the Martians,'" he said. "Their initial reaction is that an unidentified object could be a hijacked aircraft or an enemy missile. So, from the military and government point of view, they're only interested in making sure that whatever it is, it's not one of those things."

After a hijacked plane or missile is eliminated by investigators, "they couldn't care whether it's a balloon or even an alien spacecraft, as long as it's not causing any harm to the nation's defenses," Clarke said. The second edition of his book, "The UFO Files," based on documents released by Britain's National Archives, will be published by Bloomsbury in September.

Clarke was involved with the discovery at The National Archives of files that he claims reveal how, in 1950, the British government worked closely with a UFO study by the American CIA.

"The very existence of any 'official' study of UFOs had been long denied by the MoD," Clarke wrote on his website. "The report constitutes the 'Holy Grail' to those who have always believed that the Ministry of Defense were involved in a cover-up of UFO evidence."

In 2001, the Ministry of Defense released the final 1951 report of the Flying Saucer Working Party to Clarke and co-UFO researcher Andy Roberts, Clarke says, after they invoked the Code of Practice on Access to Government Information. That document can be read at Clarke and Roberts' Real UFO Project website.

The six-page Flying Saucer Working Party file recommended a systematic debunking of UFO sightings to prevent the more unexplained cases from going public, according to Clarke. And this, he says, is what led to the belief of a government conspiracy about UFOs.

"Thousands and thousands of people across the world seem to believe that the governments of the world know that we're being visited by aliens and they're deliberately concealing it from the public for bizarre reasons," Clarke told HuffPost.

"You will never convince those people otherwise," he added. "While 5 percent of UFOs can't be explained, so what? Is that really surprising, given the fact that a lot of sightings are reported days, months, years after they've actually happened, when the scent has gone cold?"

Clarke is well aware he comes across as a disbeliever, but he's trying to remain fair.

"I am skeptical, but I'd also like to think that I'm open-minded enough that if evidence came that was absolutely overwhelming about something being extraterrestrial or some other explanation, that I wouldn't say, 'Oh, it can't possibly exist, therefore it doesn't,'" he said. "I think a lot of the people who are absolutely convinced about extraterrestrials are equally not being open-minded of other possibilities."