A video shot outside of Vancouver, British Columbia, during a forest fire unexpectedly captured a lot more than firefighting efforts.

"In the news piece, a bright object appears from behind clouds above the fire area quickly moving left to right," according to Castanet.net. The news site revealed the following description from a witness who noticed the unusual aerial object in the video:

Shot out from the clouds above the mountain during a forest fire near our neighborhood. It pulled a wisp of cloud with it as it exited.

A forest fire broke out on the mountain behind us and during the attempt to put it out, this event took place.

I was watching a video online of the fire from a little earlier in the day and I spotted the UFO 37 seconds in. I have no idea whether anyone else has noticed this or not. Most folks would be focused on the fire.

37 seconds into the video the UFO comes shooting out from a cloud right above the mountain and passes through a clear spot back into the next cloud. I was quite startled and surprised when I saw it.

The UFO left a thin trail of cloud vapor as it exited the cloud. This, to me, eliminates any thought that this might be a camera lens artifact or light phenomenon effect.

The event lasted only a few seconds. Judging by the distance I was from the object it had to have been moving very fast. The scene cuts away while the UFO is still visible. I'm left to assume that there must be more footage of it than I saw.

I phoned the website's news department to ask if it would be possible to see the full footage, but was met with disapproval. In retrospect, perhaps I shouldn't have mentioned the word UFO.

While no official explanation has surfaced about the UFO, OpenMinds.TV asked Marc Dantonio, chief photo and video analyst for the Mutual UFO Network, aka MUFON, to look at the video. He suggests the object could have been a bolide, a type of very bright meteor that streaks through Earth's atmosphere.

"I am convinced that this was a really good find," Dantonio told Open Minds. "It is an Earth-grazer, a meteor that approaches the atmosphere at a shallow angle, and continues on, skipping off the atmosphere back into space. Some of them will slow down enough to become trapped and fall to Earth but they many times just skip on off and keep going.

"This one does indeed show a vapor trail as it moves through, it does come out from behind the cloud, and it moves at a speed completely consistent with Earth-grazers."

Watch this similar video of a bolide meteor from Mexico in 2013.

There's one other interesting thing about the Canadian news video that may have been overlooked. YouTube commenter Joe Edwards observed something else in the sky in the same video footage:

"Did anyone notice the very next scene, it seems something dark and very fast flew from right to left across the screen, that was just as interesting," Edwards wrote. "It occurs at about the 32-second mark."

This object moves from the far right of the image to the far left, literally, at the blink of an eye. At first, one might assume it's probably just an insect streaking by the camera. But, depending on how you look at it, it appears to slip behind trees and a telephone pole.

We asked HuffPost video editor Eva Hill to isolate the fast-moving object to see if it could be determined to fly in front of or behind the trees. We've included several screen grabs of the object in the following slideshow. 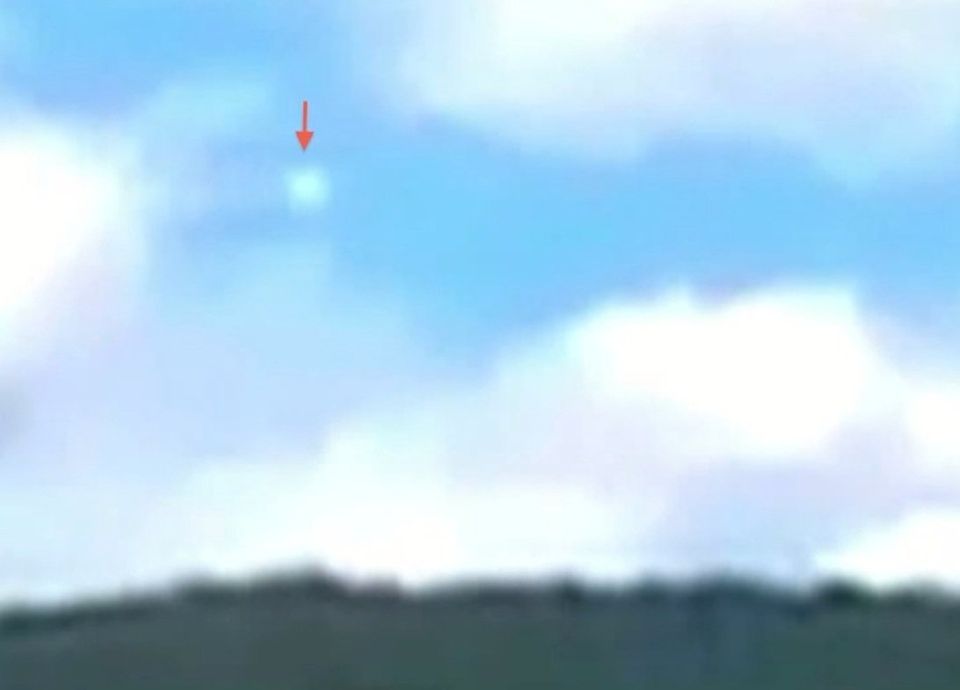 1 / 9
Canada UFO 1
On July 17, 2014, the Castanet news organization of Western Canada was covering a story about a wildfire that had broken out near West Kelowna, northeast of Vancouver. During the news report, in the distance, above the mountains, a circular-shaped object shot out of the clouds on the left side of the, moving quickly through the sky toward the right before the video clip changed to another scene. These first three slides show the position of the object as it streaked across the sky.
Castanet.net / YouTube