Last month I was in Uganda. As I planned for this trip, I wasn't sure what to expect. Uganda is the only country served by the president's Emergency Plan for AIDS Relief (PEPFAR) with a rising HIV incidence; I anticipated that there might be problems.

What I saw instead was impressive progress.

Although Uganda will have challenges for many years as a result of increased HIV infections over the past decade, and has much more to do, I was struck by how much headway they've made in the past couple of years. The country has scaled up lifesaving anti-HIV treatment as well as voluntary medical male circumcisions, which sharply reduce the chance of becoming infected.

While in Uganda, I got to peer into a cave -- the same cave where two tourists got Marburg virus in 2007. This deadly virus, similar to Ebola, was unknown in this location until identified by CDC staff. 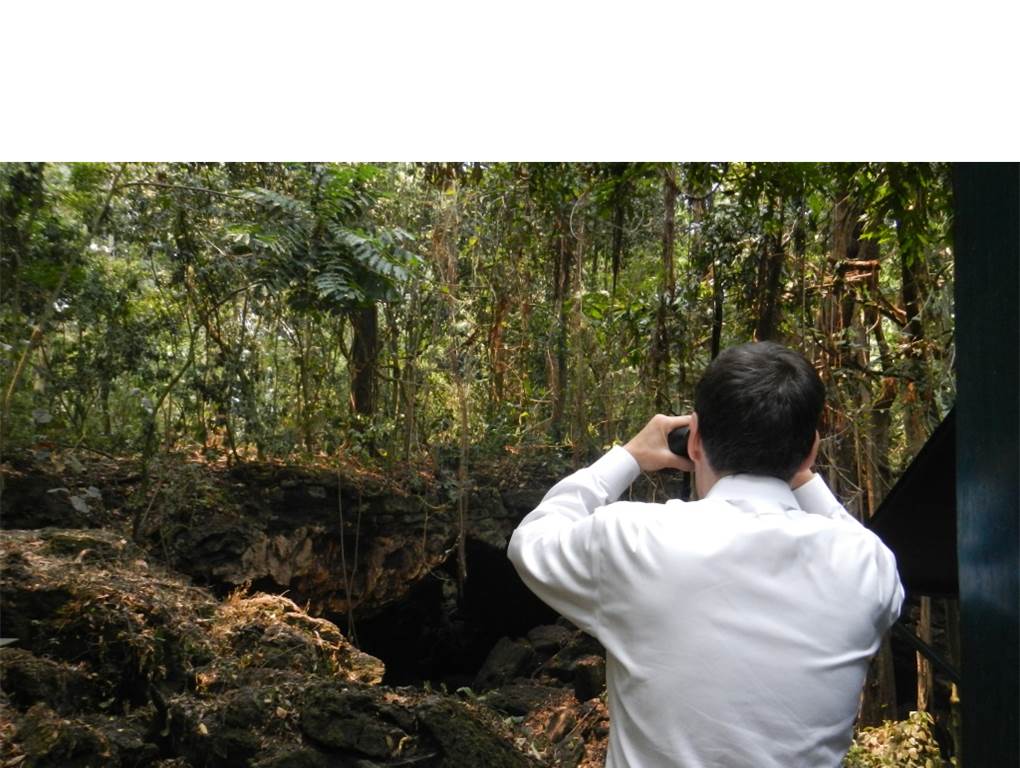 This is Python Cave -- and I was awed to see the python, which is at least 12 feet long and 24 inches in diameter, or at least it seemed that way to me! There are 10,000 bats in the cave, 5 percent of which are infected with Marburg, and they provide a buffet for the python. The bats, usually nocturnal, were very active at the time of our daytime visit because the python was hunting for a meal. This viewing station was built by CDC because no one without full spacesuit-like body protection should enter the cave.

Uganda is vulnerable to a wide range of infectious disease threats in addition to Marburg, including yellow fever, plague and Ebola, and is home to more than 60 mosquito- and tick-borne infections. West Nile and chikungunya, both potentially deadly viruses spread by mosquitos, were first identified there. 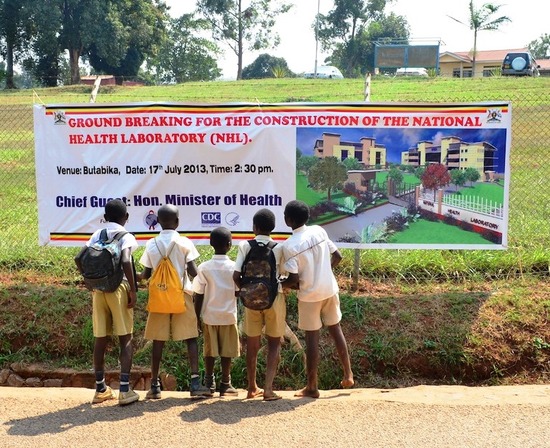 On this trip, we broke ground on a national reference laboratory building. The new lab, funded by PEPFAR, is critical to detecting and diagnosing these and other diseases. It is also tangible evidence of the importance of CDC's Global Health Security project to improve lab facilities throughout the nation. Stopping disease threats quickly is key to ensuring the health security of Ugandans -- and also of Americans, since diseases can cross any border.

One of the most exciting events in Uganda was my visit with Ambassador Scott DeLisi to launch a system to transport laboratory specimens by motorcycle and courier. Test results are returned by email and can be retrieved and printed immediately anywhere in the country, substantially reducing the time between disease detection and treatment. Hewlett-Packard donated the GSM printers, a great example of a public-private partnership in public health.

Perhaps the most impressive success is how quickly maternal health care services have improved. In one year, Uganda's "Saving Mothers, Giving Life" project has made striking progress in its goal to cut maternal deaths by half. In the districts where this program is being tested, there've been important improvements to medical facilities and services, a large increase in deliveries of infants at these facilities (eight-fold in one facility I visited), and increases in Caesarian sections. Unlike in the U.S., the lack of facilities in Uganda leads to far fewer Caesarian sections than medically indicated, a gap that results in mother and child deaths and many other serious health problems. 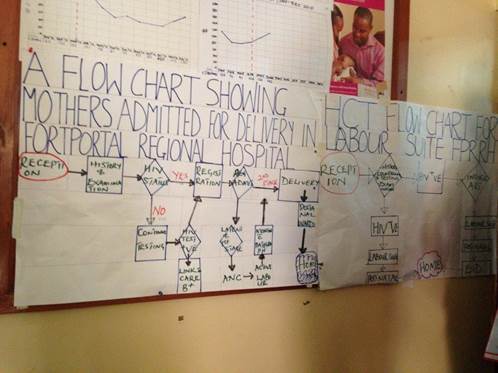 CDC is proud to work closely alongside Ugandans to build these programs. One leader told me, "When Ebola happens, people run away, but CDC runs toward us to help." The new Minister of Health Dr. Ruhakana Rugunda noted that CDC has embodied the "teach someone to fish, and they'll fish for a lifetime" approach in his country.

It was an honor to see first-hand how much progress is being made, and know that our work will improve the health of people not just in Uganda, but also throughout Africa and around the world. 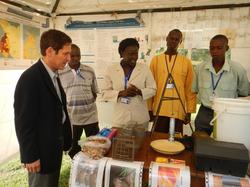 CDC and Uganda's Viral Research Institute have partnered for many years to reduce plague in that country. Here, I'm learning fascinating things from the Ugandan team -- how to study fleas and rats and, more importantly, how to control them so that plague doesn't spread. The flashlight contraption is a way to catch and study fleas. 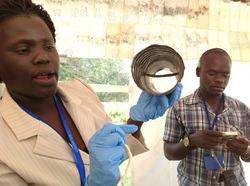 A homegrown way to rid rats of fleas using a tube and a wick also has promise to reduce plague. Last year, the staff of this station mobilized and, in less than 24 hours, confirmed that a woman had plague and gave preventive medicine to more than 130 exposed people, both from Uganda and neighboring Democratic Republic of Congo, following up the next day with spraying to further reduce risk. There were no further cases of plague. More than a decade of collaboration in this remote area is saving lives, building capacity and yielding innovations that can benefit the world.