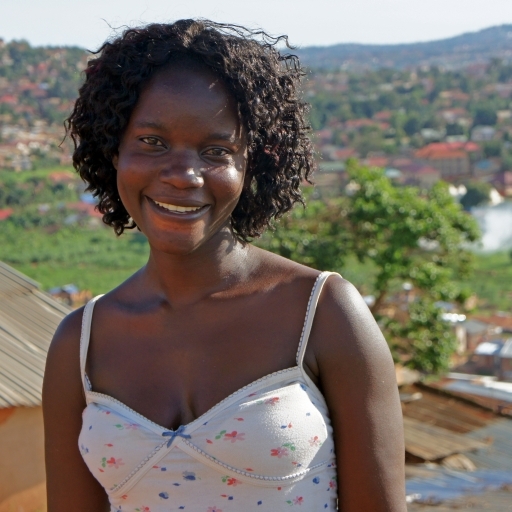 A thesis may seem like an unusual springboard for starting a business, but this was the case for Stella Airoldi. Stella, who is Dutch, traveled to Uganda in 2009 to research the state of girl child soldiers in Joseph Kony's notorious Lord Resistance Army (LRA). There she met Pastor David Wafula, who introduced her to women from the Acholi Quarter of Kampala, a camp for displaced persons. Many of the women had fled the Kony regime, which was guilty of torture, murder, and the enslavement of children--as both members of his army and sex slaves.

Stella marveled at the jewelry these survivors made out of recycled paper, and she was struck by their artistry and ingenuity. She returned home to the Netherlands to finish her studies, but the memory of the women stayed with her. Recognizing their immense talent and resilience, Stella wanted to create an opportunity to work with them. In 2012, she reunited with Pastor Wafula in Uganda and partnered with the women of the Acholi Quarter to start 22STARS, an organization dedicated to bringing their goods to market.

For Stella, the name "22STARS" combined the personal and universal. She had always loved the number 22: "It is a number of power and accomplishment. And when you turn the numbers towards each other, you get a heart...it was the perfect number to show our heart for the world." Stella continues, "The stars symbolize how everything is interconnected in this word. Whether we live in Europe or in Africa, we can all see the stars. One of our artisans, Grace, says our name means that she doesn't have to worry in the darkness for that is when the stars shine brightest."

The majority of the Acholi Quarter's 10,000 inhabitants come from Acholiand, and they are subjected to multiple forms of discrimination. The Acholi people have long been targets of the LRA, and gender bias adds its own barriers for women. Several 22STARS artisans have no education, are disabled, and/or suffer from HIV/AIDS, making finding a job extremely difficult.

"Every day, our designers form an incredible source of creativity, energy, and positive power," says Stella, "while producing wonderful pieces of jewelry for 22STARS." Making the jewelry is not an easy process. The women, Stella explains, need to "make every single bead, cut them, roll them, varnish them--in total there are 26 steps to be taken before the jewelry is ready."

In an area in which 1 in 4,000 people has electricity and even fewer have running water, ingenuity is key--the artisans use recycled paper simply because it is available.

"The motivation was not to be eco-friendly," Stella says, "however, it shows us that we can do more with recycling than we think ... we should take [their industriousness] as an example." 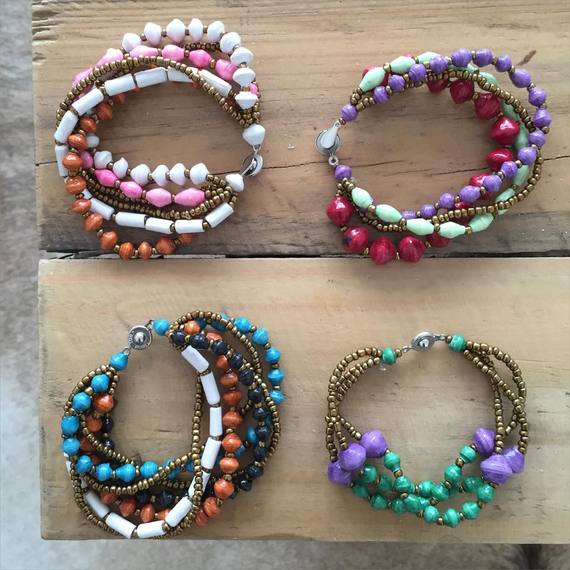 22STARS provides the artisans with a market for their work, and this income provides the designers and their families with housing, food, and medicine. It also gives the women the dignity of work and a feeling of purpose.

"They are proud of what they make," Stella says. In addition, the net profits from 22STARS help to fund "educating our designers and their children--they receive English lessons, learn about Income Generating Activities (IGA), get social support, health education, and music, dance, and drama classes." Stella believes studying the arts is invaluable. "Music, dance, and drama are important because it is in the now ... it is a fun time for all of the women and their children, and it is also a time of sharing and healing."

Susan, who is a 22STARS' Team Leader in Uganda, is the embodiment of what it means to heal--and prosper.

"Susan's first husband, a soldier, died in 1999," Stella says. "Her second husband went to Somalia in 2007 with the peacekeeping force and never returned. During that period, Susan became so sick and stressed that her sister took her to the hospital in Kampala. There, she was diagnosed with HIV, cancer, and tuberculosis."

Susan moved to the Acholi Quarter in 2008. Because of the stigma surrounding HIV, Stella says, "she had to be creative in making a living for herself and her three children ... She searched for something she could do from her home."

Susan learned to make jewelry with paper beads and honed her skills. Today, she helps with "motivating other women who are less fortunate, and has many friends.

"When I saw Susan last year," Stella says, "she told me that she started going back to school. This year she will graduate, and she will soon start university! How amazing is that?"

22Stars, along with TO THE MARKET, hopes to create more stories like Susan's through their continuing partnership.