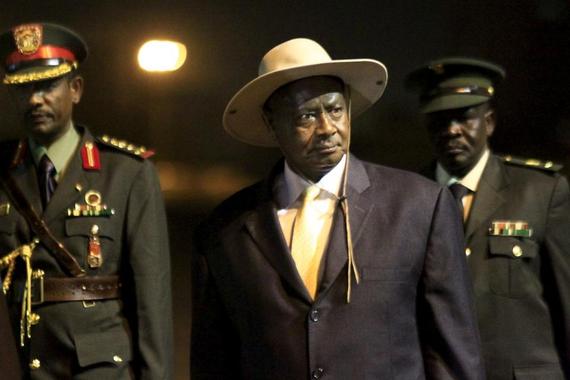 On the 18th of February, Uganda will hold a general election. On the ballot, the favorite to win the Presidency, the country's office of both head of state and the head of government, is the incumbent: Yoweri Museveni. A man who has held the post since January 29, 1986. And who has, ostensibly, introduced democracy to the country in 1996 and who has won four elections since. On paper, this is a man who has ruled for 30 years, 20 of which as a democratically elected leader. And he is headed for another 5 years.

If that sounds improbable, however, your scepticism may be justified. After all, even the Soviet Union held elections. Elections do not make a democracy. Not least because they can be rigged. For example, what you could do is to remove your opponents from the electoral register. Blunt and perhaps too obvious, but in one of the most corrupt countries in the world (towards the bottom of the international league tables according to Transparency International, the US State Department, the World Bank and many others), not too problematic, and really quite effective.

This is exactly the situation in which Mr Norbert Mao, leader of the centre-right Democratic Party (DP), has found himself since December. Mr Mao is a personal friend. So I won't on this occasion, write my personal thoughts and feelings on the matter. They will be inherently assumed to be biased. Instead I will simply report the facts.

Mr Mao has been, in his own words, "deleted" from the Electoral Register. Not just barred from standing as a candidate, but completely disenfranchised: he does not even have the right to vote. He has also been denied a Uganda national ID card - equivalent to denying someone the paperwork needed to confirm their citizenship of the country. Remember that he has been the leader of the Democratic Party since 2005 and his party holds 15 of the country's 375 seats. This is no accidental, clerical error that has happened to a random person that would not be noticed. It is like "accidentally" removing from the Electoral Register the leaders of the Green Party here.

The Electoral Commission is also alleged to be entirely compromised: they have recently changed the voter register away from one they compiled themselves to one compiled by the Ugandan Army, who favours President Museveni. A move that is in contravention to the constitution of the country. And which, incidentally, disenfranchised millions of Ugandans, and rendered the 18th February poll illegitimate before it even takes place. Mr Mao, the Democratic Party, and also local NGOs, are planning to take the Electoral Commission to court over these abuses. But this will not happen in time for the election. And it will also be an expensive enterprise which they can hardly afford. 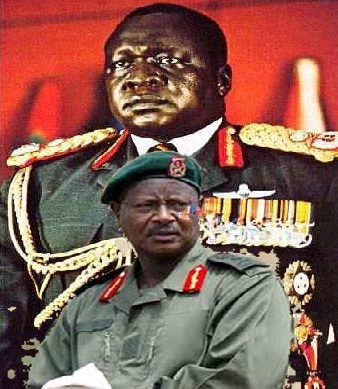 Now this is not new. These kinds of abuses have been par for the course for much of Uganda's post-independence history. Indeed, this is a step up from the Idi Amin years. And in the West our leaders have been happy to play along with this kind of behaviour because against the sub-Saharan African context, Mr Museveni's regime looks positively benign: it is praised for putting up one of the best responses to the HIV/AIDS problem plaguing the region, it does well on environmental conservation, the economy is not doing terribly, and the country's army is doing a reasonably job standing against the Lord's Resistance Army, one of the worst militant/terrorist organisations in the world. The fact that Uganda has oil reserves also helps.

But we do need our leaders to take a principled stance on this. Uganda is still a country rife with poverty and conflict, in a region rife with poverty and conflict, and disenfranchising the people who suffer most from this does not help the situation. Ugandan's are asking for democracy, for better governance, and they need to be able to get it. We do not do anyone any favours by refusing to "rock the boat" simply because President Museveni is not as bad as Idi Amin. Yes, things could be worse. But why shouldn't they be given the chance to be better? Disenfranchising people inevitable leads to conflict, instability, and, down the road, political meltdown. The Ugandan leadership is refusing to acknowledge this fact. But we cannot allow our leaders to acquiesce. We have enough failed states in the world. Let us not lose another one to avoidable violence and civil wars.

Dr Azeem Ibrahim is an RAI Fellow at Mansfield College, University of Oxford and Research Professor at the Strategic Studies Institite, US Army War College