An ugly campus can be attributed to any number of reasons: misguided '70s architecture, poorly mixed styles or homogeneity so extreme that even seniors find themselves getting lost. However, there is no alibi: You ugly.

BroBible.com, arbiters of taste and good sense for the discerning bro, recently ticked off the ugliest campuses in the country and agreed to share its findings. HuffPost College should note this list is much different than the Princeton Review's more diplomatically named list of "The Least Beautiful Campuses", in that it takes into consideration off-campus areas as well. This makes sense to us, but let BroBible explain its thinking.

"The beauty of being beautiful (yep), is that in order for the word to actually mean something, it must be properly protected and preserved -- i.e., if everything was beautiful, nothing would be beautiful. Meaning: we need the uglies," BroBible writes, somewhat heavily.

College campuses are often praised for s*** that is good looking -- humans, campuses, weather, the list goes on. Just pick up any school's promotional brochure and look at all the fluffy language. So naturally, we figured it was high time to honor the other end of the spectrum--those who are just awful to look at, and those who find beauty in being, well, not attractive.

So, here we go. Be sure to let us know in the comments anything BroBible may have missed, or simply express yourself by clicking "Like" or "Dislike" on the slides. 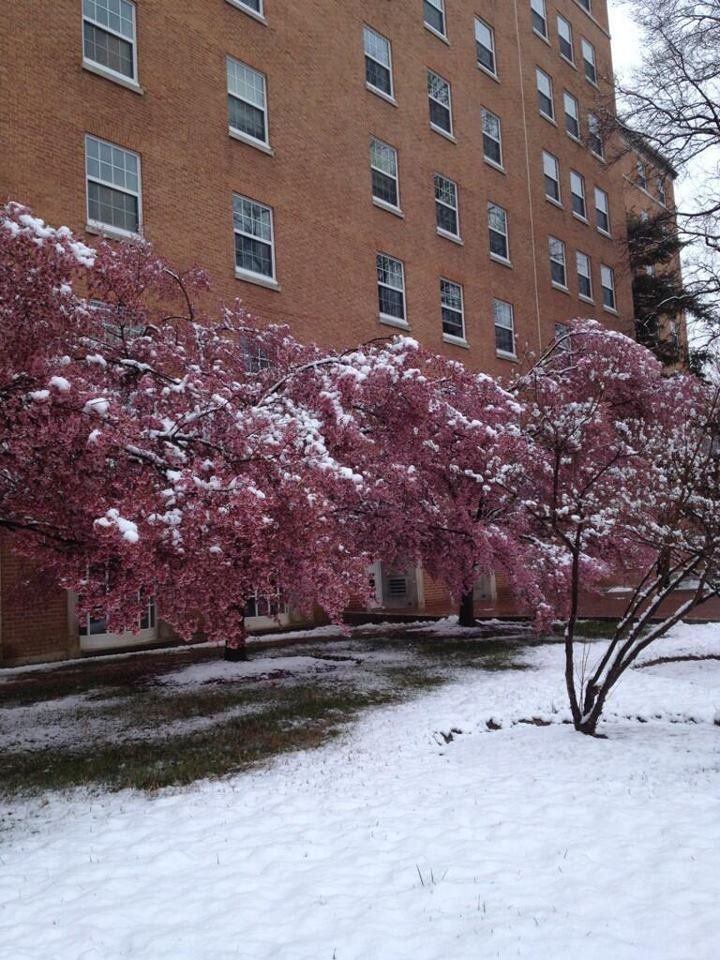 1 / 10
10. University of Maryland, College Park, Md.
We hate to hate on the University of Maryland, home to many a Terp Bro. UMD's red brick buildings are quaint, and the layout is picturesque, especially when coeds flock to the McKeldin Mall to sunbathe in the spring. But as soon as you leave the campus, the town of College Park notoriously sucks. It's hard for the s*****ness of its surroundings not to bleed into the ugliness of the campus itself. After a violent shooting in a campus parking lot in February, one student tweeted, "<a href="https://twitter.com/k_dwy/status/300242487044345856" target="_blank">I get more texts from UMD Crime Alert than i do from actual people</a>." Another added, "College park is getting too real now. Its time for campusPD to focus on crime rather than speeders, underage drinking, loud music, etc.” Not our idea of a fun place to spend four years.
Dan Zawacki, <a href="https://www.facebook.com/photo.php?fbid=10151819611559488&set=pb.16972274487.-2207520000.1364570604&type=3&theater" target="_blank">Facebook.com/UnivofMaryland</a>