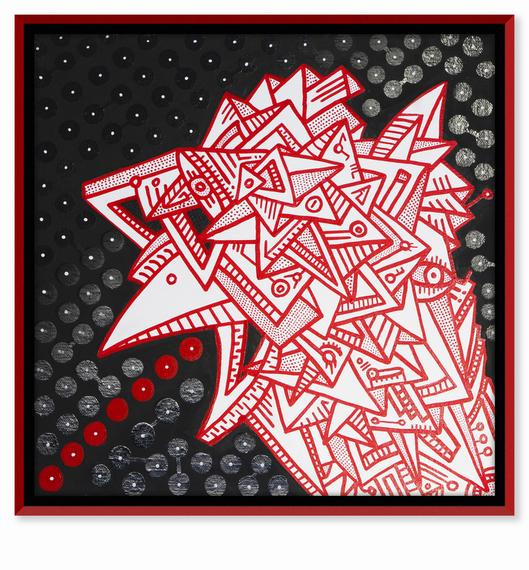 Painter Ugo Nonis was born in Paris, but in so many ways, his crisp, dynamic, generous aesthetic language of pure color and graphical abstraction reflects of the influence of America -- not only the urban youth culture of Chicago and New York, where he spent time before making Los Angeles his home; but also the explosive graphic qualities of the Pop, punk, and comics voices that were deeply infiltrating independent French art at the same moment. Nonis' special knack, inherited from those early influences, is for employing a simple tool set, a reductive language capable of infinitely complex possibilities. As French Street Art legend Speedy Graphito once said, "I prefer to be part of everything, to go in every direction, and be very free." 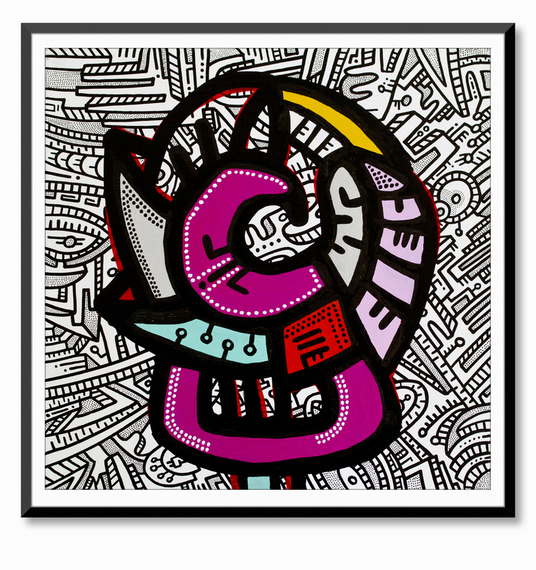 Nonis found his early voice in draftsmanship, using drawing as the basis to explore not only his personal style of pattern-making, shape-shifting linear choreography, but also his interior life. He would begin each fresh composition intuitively, making a single bold mark and working outward, building jaunty interference-pattern fields of cleanly interlocking shapes, using a kind of automatic drawing style reminiscent of early Surrealist parlor games. Beginning as fanciful geometry, shapes and figures (especially hieroglyphic animals and mask-like human faces) inevitably began to emerge from the abstraction, and Nonis went on to cultivate these hidden elements and press them into the service of more personal narratives. 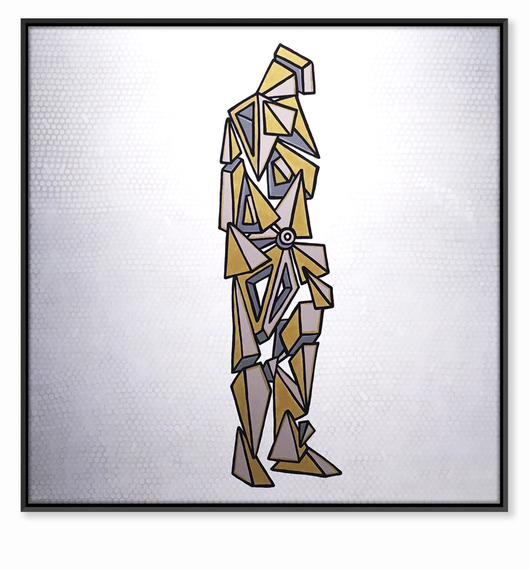 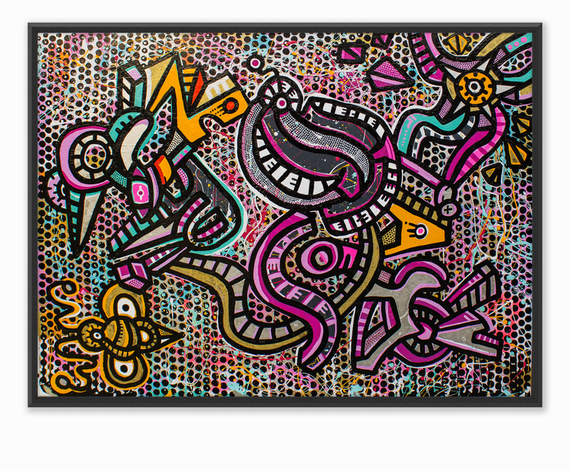 Though his studio and design career is indeed built on the foundation of his quirky, confident lines, Nonis found a soaring range in his voice when he found color. Or, more precisely, when color found him -- through its sharp-tongued messenger, the art critic Jerry Saltz. Nonis appeared on the short-lived reality series "Work of Art" and Jerry took him to task for his avoidance of color, in a nationally televised ego-crushing rant that turned out to be not only good advice, but the best thing that ever happened to the artist. It was as an American experience as it is possible to have, and it launched Nonis into a full-headed chromatic immersion that has enlivened his work in emotional, optical, narrative, and art historical aspects ever since. 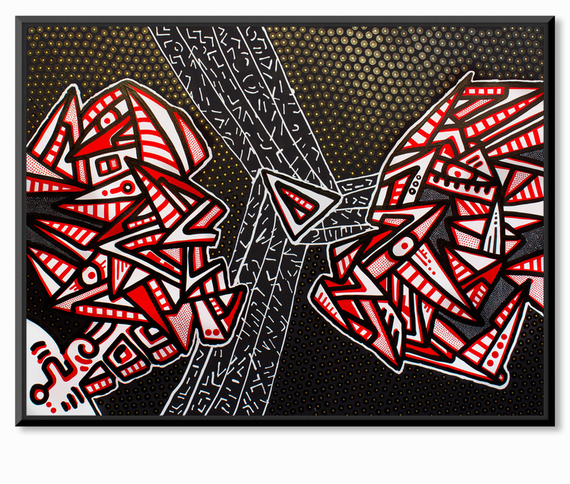 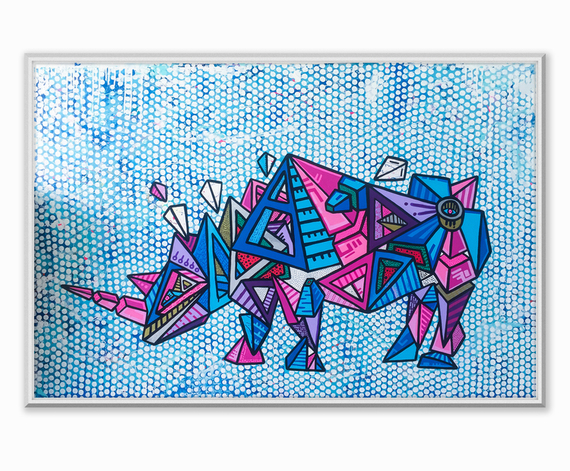 Nonis uses no gradients, his color is pure, luminous, pulsating color. Whether in subtle dual-tone pattern fields, kaleidoscopic expressivist grounds or bright, saturated atmospheres, as with his linear lexicon, his eccentric palette is both reductive and expansive, generous and refined; in its deployment presents an assertive, pictorial flatness that operates in heavenly tandem with his solid, confident drawing. He uses a revolving cast of human, ideogrammatic, geometrical, and animal shapes (rooster, bull, rhino, skull, cross, self-portrait, triangles and pyramids, birds, chimerical sea creatures), and a growing penchant for juxtaposing patterns including the staccato of Aboriginal dot-matrix and the sliding planes of low-polygon Cubism. In this way, each piece in Nonis oeuvre tells the story not only of particular moments of loss and epiphany in his personal life, but in his creative life as well -- without ever losing his taste for the endless game of wittily revealing his cultivated, hidden meanings. 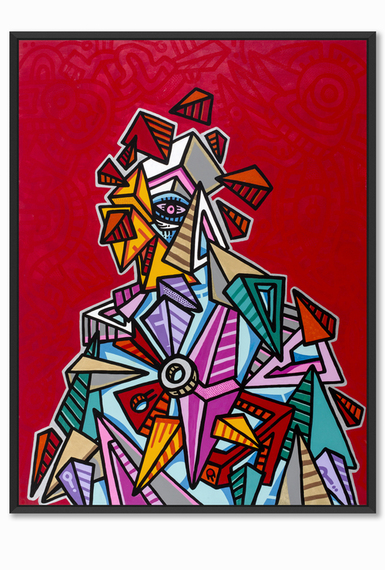 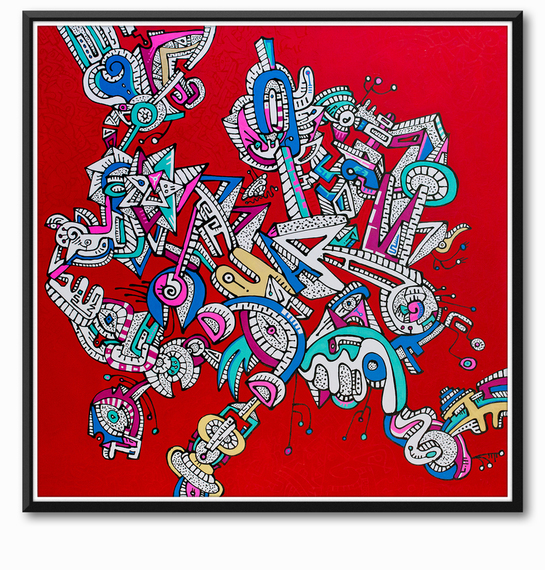 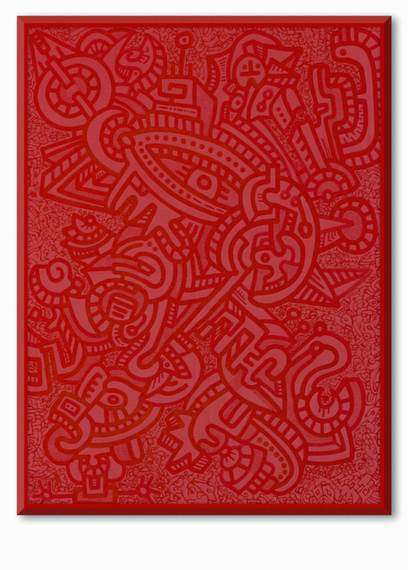