In a Friday morning Twitter rant, Trump speculated heavily about the perpetrators of a bomb attack that left at least 22 people injured. He referenced the so-called Islamic State, despite there being very little confirmed information about the bombing. He also used the incident as an excuse to push his U.S. travel ban on citizens from six Muslim-majority countries.

“I never think it’s helpful for anybody to speculate on what is an ongoing investigation,” May said on Friday.

“I’ve simply been too busy this morning to look at Twitter,” Khan said in response to a question by a British radio station about Trump’s tweets. “I’m not going to go there. My priority today is catch the individual or individuals responsible.”

“I’m hopefully the last person who’s speculating about these sort of things,” he added.

A police spokesperson told CNN that Trump’s comments on Scotland Yard were “pure speculation” and “unhelpful.”

We have made more progress in the last nine months against ISIS than the Obama Administration has made in 8 years.Must be proactive & nasty!

This isn’t the first time Trump has angered officials in the U.K., one of the United States’ closest allies. The U.S. president specifically called Khan out on Twitter in June after seven people died in a terror attack in London. U.K. politicians of all stripes condemned Trump following the spat. May said he was “wrong” to have lashed out at Khan.

His comments come in contrast to his silence for two days following the white supremacist rally in Charlottesville, Virginia, last month. He justified his inability to condemn hatred by claiming he didn’t want to speak because he “didn’t know all the facts.” 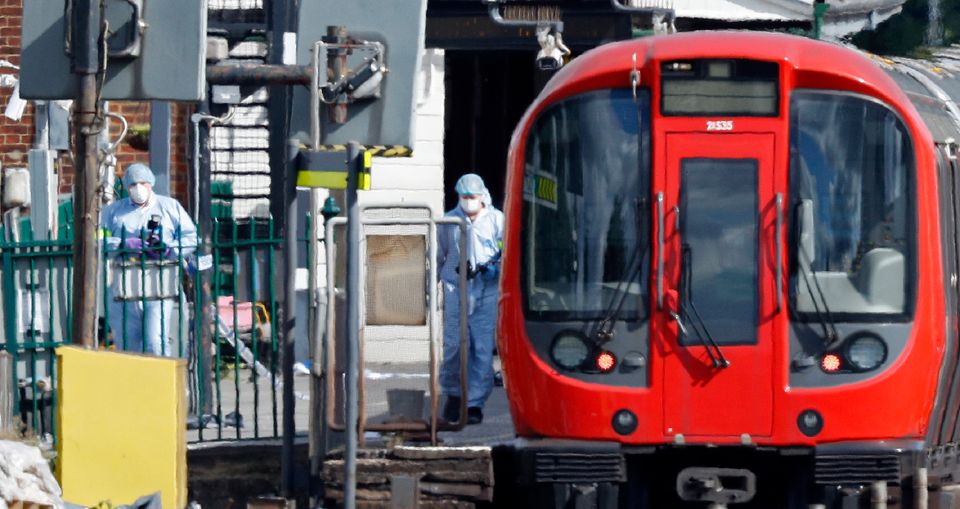