A British newspaper's botched front page has brought it worldwide attention after a reader posted a picture of the mistake on Twitter.

The Times & Citizen, a weekly newspaper in Eastern England, had likely intended a different headline to accompany its lead story about local government salaries in yesterday's issue than the one that ran in early editions: "headline headghgh." 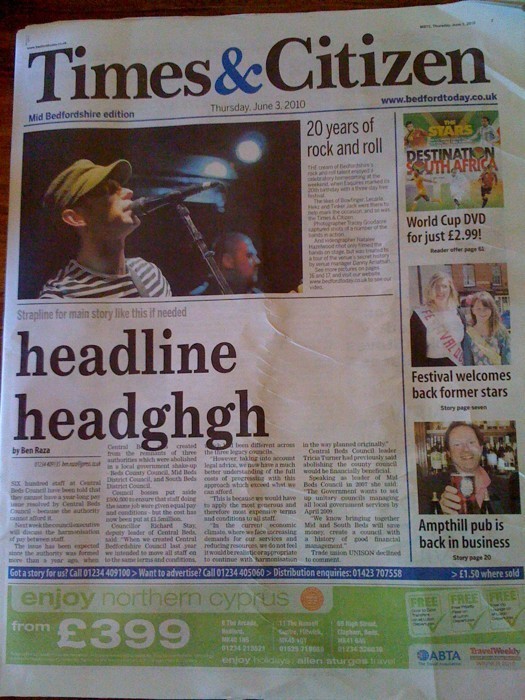 It would appear that the placeholder text that papers use before they come up with the headlines for stories had slipped through the editing cracks and landed on doorsteps throughout the town of Bedford, where the Times & Citizen is published.

After Twitter user CitizenBB posted the gaffe online, news of the paper's mistake spread around the world. The error is being blamed on a faulty new production system that has been causing headaches at British papers throughout the country.