David Cameron has been on a crusade to rid his country of the scourge of smut -- but he may need to start in his own parliament.

Regardless of whether the absolute numbers are accurate, they do reveal some startling trends in parliament's dirty habits. As shown in the infographic below, the figures vary wildly from month to month, peaking at 114,844 attempts in November 2012 and plummeting to just 15 attempts in February 2013. 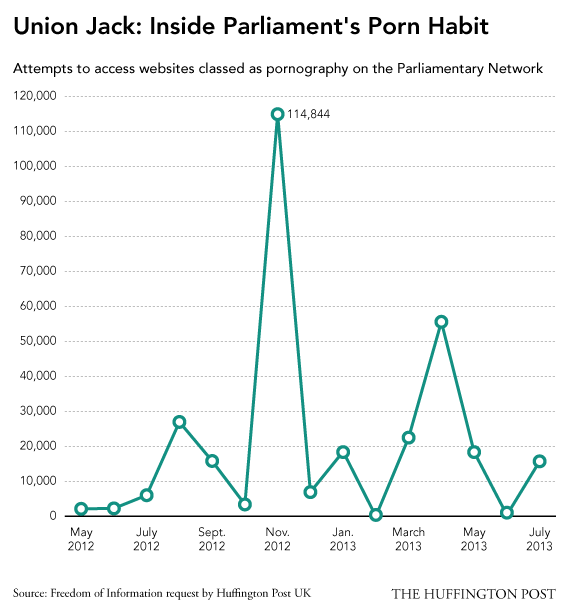 Back in July, Cameron announced the implementation of nationwide Internet filters that would block pornography and various other content deemed unsuitable for impressionable minds. The blocks would be "default-on," meaning that adults who wanted to access such sites would be forced to "opt in" by turning off the filters -- a stipulation that had freedom of speech advocates crying foul.

The prime minister has argued that the filters are necessary to "protect our children and their innocence" from "damaging material" that is "distorting their view of sex and relationships."

But who will protect the parliament? Won't somebody please think of the MPs? 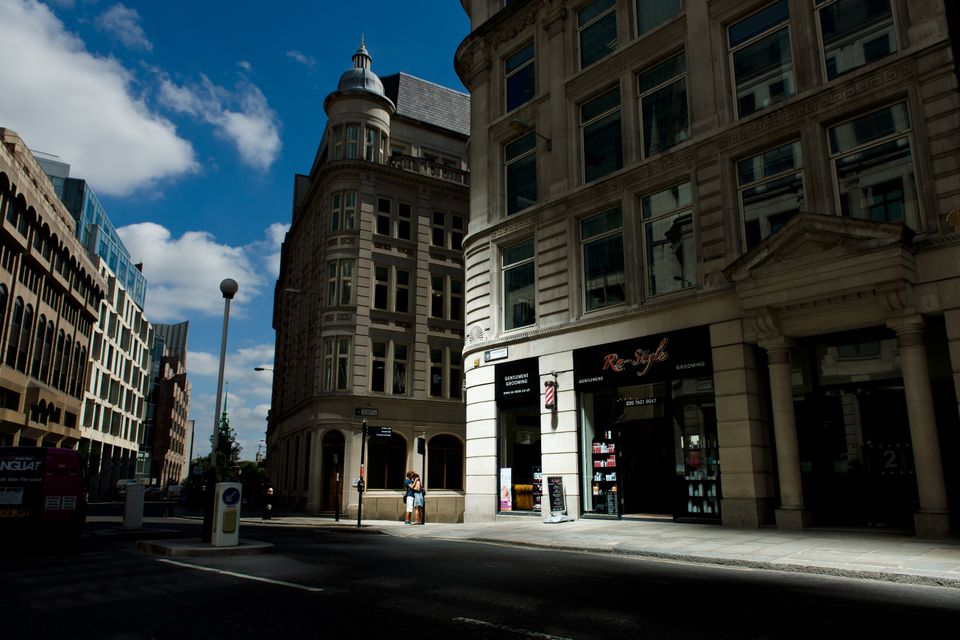 1 / 7
A young couple kiss as they stand in a shaft of intense sunlight reflected from the glass windows of the new 'Walkie Talkie' tower in central London on August 30, 2013. (LEON NEAL/AFP/Getty Images)
Getty Images