A university in the U.K. has reportedly built one of the greenest buildings in the world -- and it's all for the kids. During this year's British Science Festival, the University of Bradford unveiled its newest and greenest student housing, which opens to students this month.

The complex, aptly named The Green, cost approximately $63 million and has 1,026 bedrooms in several townhouses and apartment buildings, according to the BBC. The university's website explains that their dorm has received the "highest ever BREEAM rating for any building, at 95.05%."

BREEAM, which stands for BRE Environmental Assessment Method, is a U.K. standard for assessing building greenness and sustainability. It is comparable to the U.S. LEED certification.

According to the video from the BBC, there are a number of features that set the housing complex apart. Each building has energy usage monitors and uses solar power to heat hot water. Clive Wilson, the Director of Estates at the West Yorkshire University, told the BBC that the buildings' greenness is both "in the construction and in the design." He explained that since the buildings "are well insulted [and] very airtight," it will only take about 100 watts of electricity to heat each bedroom.

Schools and universities across the U.S. have also found ways to go green. St. Lawrence University offers some tips for green dorm living, and Sierra Magazine recently ranked the greenest universities in the U.S.

Scroll down below the video for a slideshow of the new dormitory. 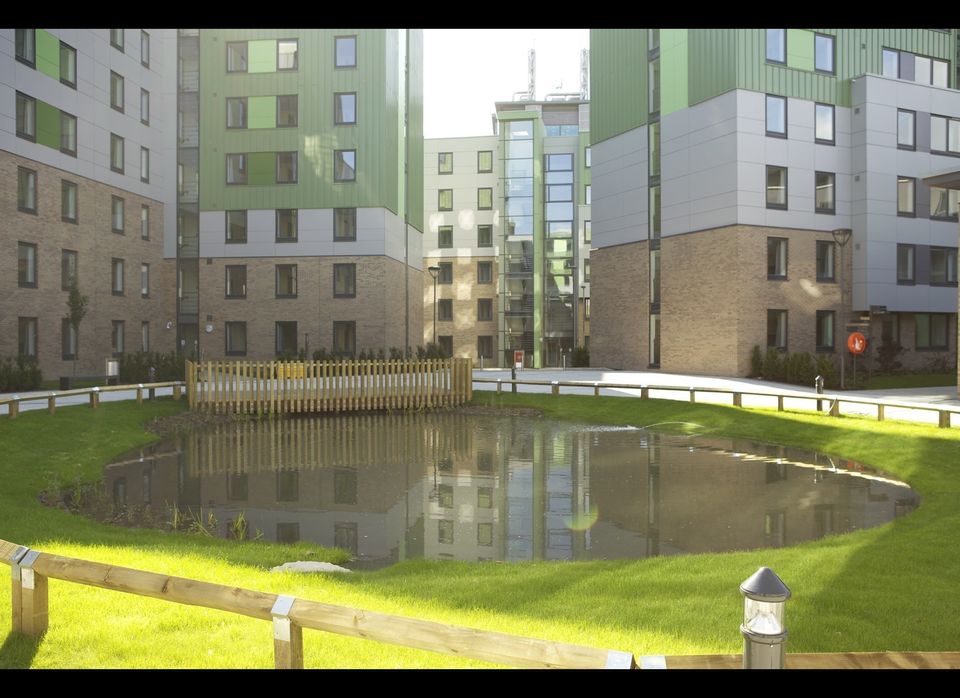