When the Soviet Union ended in 1991, Ukraine gave up their nuclear weapons to Russia. By 1996 they had rid themselves of the third largest arsenal in the world, larger than those of Britain, China and France combined. Belarus and Kazakhstan did the same thing, thus setting an important example for the world, that they were better off without nuclear weapons.

Some have suggested that if Ukraine had retained their nuclear weapons, Russia would not have invaded and captured Crimea. This is absurd. There is no evidence that nuclear weapons have ever deterred an invasion or won a war. Look at the Soviet invasion of Eastern Europe after World War II, when the only atomic nation was the U.S., allied with Western Europe. Or the Chinese invasion of Korea in the 1950's, when the protector of Korea was nuclear U.S. Or the attack on Israel to begin the Yom Kippur War. Or the Argentinean invasion of the nuclear UK Falkland Islands. Did U.S. nuclear weapons deter North Vietnam? Did they win the war in Afghanistan for the Russians or the Americans? As scholar Ward Wilson has pointed out, even the atomic bombing of Hiroshima and Nagasaki did not win World War II for the Allies. 66 Japanese cities had already been destroyed by genocidal attacks. It was the entry of the Soviet Union into the war that made Japan surrender. 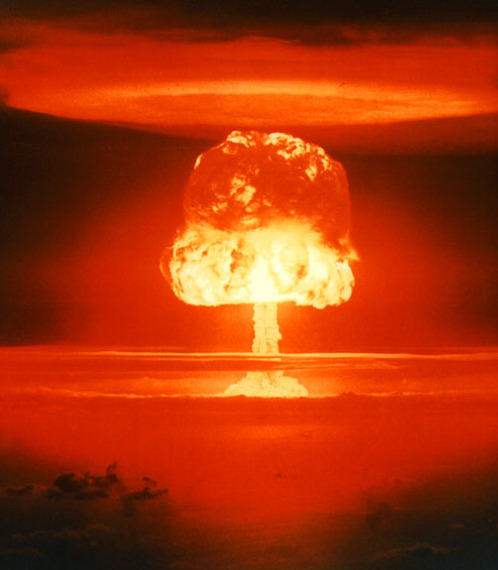 The threat of using nuclear weapons means a threat of genocide and suicide. Is killing hundreds of thousands to millions of innocent people with each nuclear weapon used ever a moral action, especially if it makes your people vulnerable to a return attack or the climatic response to the smoke from that fires, threatening your people with starvation? A nuclear famine could result from a "small" nuclear war. Nuclear winter, with global starvation, could result from an all-out US-Russia nuclear war. Who would believe such a threat? How could you imagine Ukraine or Russia or the US issuing such a threat?

Russian and NATO nuclear weapons have not deterred, prevented or stabilized what is in Ukraine essentially a regional conflict. Nuclear weapons, if anything, create risks that complicate efforts to resolve the crisis diplomatically, if there is instability in Russia. Putin decided to invade Ukraine and annex Crimea after his puppet was overthrown in Ukraine following a revolution by the Ukrainian people. It had nothing to do with whether Russia or Ukraine had nuclear weapons.

Suggestions that Ukraine has become more vulnerable because it gave up nuclear weapons are support for nuclear proliferation. Does this mean that every nation needs to have nuclear weapons to prevent invasion? Putin did not invade Belarus or Kazakhstan, and they have no nuclear weapons. Rather than re-arming nations, we have to go the other way to make the world safe for ourselves and future generations.

Carl Sagan once speculated that the reason we have not discovered life in outer space yet is that on other worlds, when they reached the level of technology to invent nuclear weapons, they were not clever or lucky enough to banish nuclear weapons and stop themselves from destroying their civilization. We have to make sure we do not have that fate. Nuclear weapons cannot be used, and therefore we need to get rid of them, to prevent their accidental use.

Immediate American and Russian reductions to the same nuclear arsenal sizes of the other nuclear nations, about 200 weapons each, would maintain the nuclear deterrence of each and prevent nuclear winter from ever happening. Nuclear abolition will prevent nuclear famine, the horrendous consequences on food of even a "small" nuclear war using less than 1 percent of the current global arsenal. Nuclear weapons are already stigmatized, and no sane person would consider using them. As we move toward their reduction and elimination, we will not prevent all human conflict, but we will lessen their potential horrific consequences.