Nearly three months into demonstrations against Ukrainian President Viktor Yanukovych, fierce clashes erupted this week between protesters and riot police. Dozens have died and hundreds have been wounded in the melee.

The reasons behind the violence are many and complicated. But rather than writing another thousand words, The WorldPost will leave you with this composite image of Kiev's Independence Square from before and after the recent violence. 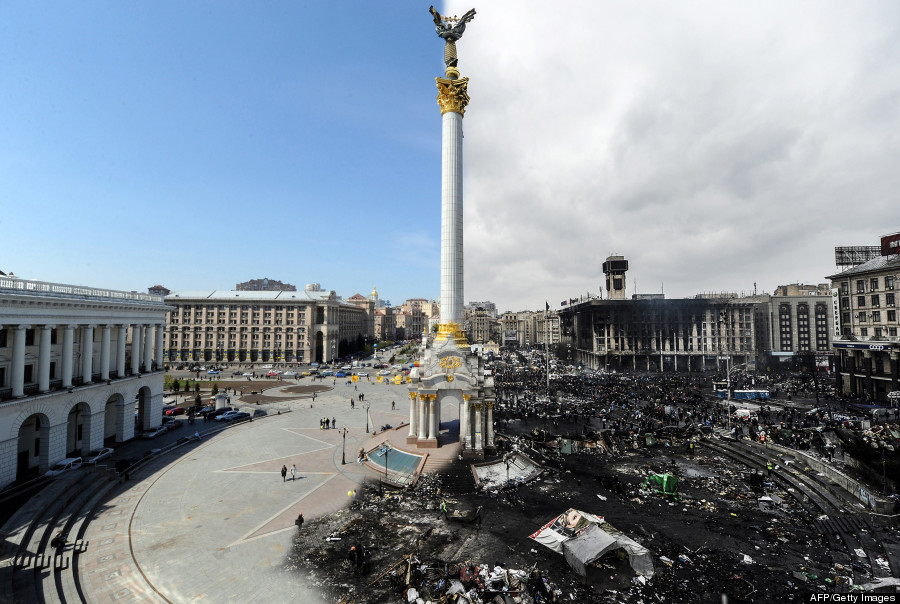