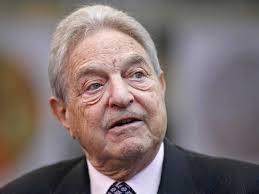 Ironically, it was a breakfast panel hosted by a Ukrainian oligarch, Victor Pinchuk and his Pinchuk Foundation, that yielded the most candid and interesting remarks as to what to do about Ukraine's struggle against Putin and internal corruption.

"The reforms have been impressive," said former European Union president Jose Manuel Barrossa at the Friday event. "But the most important problem is still corruption. Ukraine must outlaw conflicts of interest in politics (oligarch influences); do asset recovery; reform taxation and customs; reverse illegal privatizations; and stop concealment of assets offshore. If not done, it will not succeed."

Barrossa, who helped negotiate Ukraine's entry into Europe, said another risk is that the "focus on Syria" has turned attention away from Russian aggression against Ukraine. (This week, U.S. Secretary of State John Kerry said sanctions against Russia could be partially lifted if implementation of the Minsk2 ceasefire terms occurred. This was worrisome, given that Russia has never kept its promises and flouted all Minsk2 terms since 2014, killing some 9,100 Ukrainians so far.)

But the backdrop to all of this is that, if Ukraine collapses, millions will migrate to the European Union, more than has already occurred from Syria and Africa, as I wrote in September. "If Ukraine collapses, another migration of a few million people to the EU will occur," said financier George Soros during the panel discussion. "The German finance minister proposed an EU-funded Marshall Plan to help with its migration issues. That should include funds to help pay for Ukraine's important role in defending Europe against Putin."

Soros said Ukraine deserves to get such aid, and that it also undermines Moscow's regional ambitions.

"I propose a winning strategy for Ukraine: Besides imposing sanctions on Russia, a counterbalance of financial support for Ukraine should be made," he said. "Sanctions only reinforce Putin's (false) narrative that sanctions are due to the hostility of the western powers who are denying Russians their rightful places in the world.

"(Why) he (Putin) is credible in Russia is there are only sanctions, and this is why large-scale financial support to Ukraine would undermine his narrative. Then the Russian people will see Russia's going down and Ukraine's rising," Soros said.

But Ukraine must deliver anti-corruption measures first. The principal problem is judicial and legal reform. In a catch-22, Ukraine's Rada, or parliament, has voted to replace the judiciary and prosecution, but has been denied the approval of the Supreme Court to amend the constitution.

"I believe an elegant solution is to give the president additional powers to do this, but with a sunset clause ... just for two years," Soros suggested on Friday. "In two years, the presidential powers would expire and a new constitution would be in place."

Soros' suggestion is intriguing because, in two years, a complete housekeeping could be undertaken. But, short of that, the country cannot eradicate corruption.

Outside the legal sector, the gains have been significant. Ukraine's gas monopoly Naftohaz is no longer buying Russian gas (removing arbitrage and political games by Moscow) and has hiked gas prices to world levels (removing subsidy frauds by oligarchs).

But full tax reform is needed, Jaresko said, to capture revenue from the country's underground economy, estimated to be equivalent to half of Ukraine's official GDP. But this is difficult.

Likewise, Economy and Trade Minister Aivaras Abromavicius implemented the Naftohaz reforms, launched fully transparent procurement systems and is preparing to privatize 1,824 state-owned enterprises. "But the main obstacle (to attracting investors) is the lack of the rule of law."

The public is not happy with the new government and has staged two street revolutions in the last decade. As former boxing champion Vitaly Klitschko, now mayor of Kyiv, said to the assemblage, the problem is the corrupt judiciary and prosecution system.

"The people are unhappy. Nobody goes to jail. They think it's a big illusion," Klitschko said Friday.

"Ukraine is on the verge of victory, but its economy is dominated by oligarchs and a civil service that exploits the people," said Soros.

The world must not abandon Ukraine and must maintain its focus and pressure on measures to defeat Putin's predation as well as the internal corruption that has crippled the country, Europe's largest. So far, so good.