According to the survey, only 29 percent of Americans think the U.S. has a responsibility to defend Ukraine in the case of a Russian invasion, while 38 percent think it does not. Another 33 percent said they're not sure.

From the Ukrainian president's perspective, a Russian invasion has already occurred, although Russia has denied that its actions constitute an invasion. U.S. officials have appeared to studiously avoid using that term to describe what's happening there.

In the new poll, Democrats (by 38 percent to 21 percent) and independents (40 percent to 28 percent) were more likely to say that the U.S. does not have an obligation to defend Ukraine than that it does. A narrow plurality of Republicans (39 percent to 35 percent) said the U.S. does bear that responsibility.

The view that the U.S. has any obligation to help Ukraine has risen in recent months. In another HuffPost/YouGov poll conducted in March, only 18 percent said the U.S. has a responsibility to defend that country, while 46 percent said it does not.

Few Americans Think The U.S. Has An Obligation To Defend Ukraine
Pro-Russian rebels in Ukraine 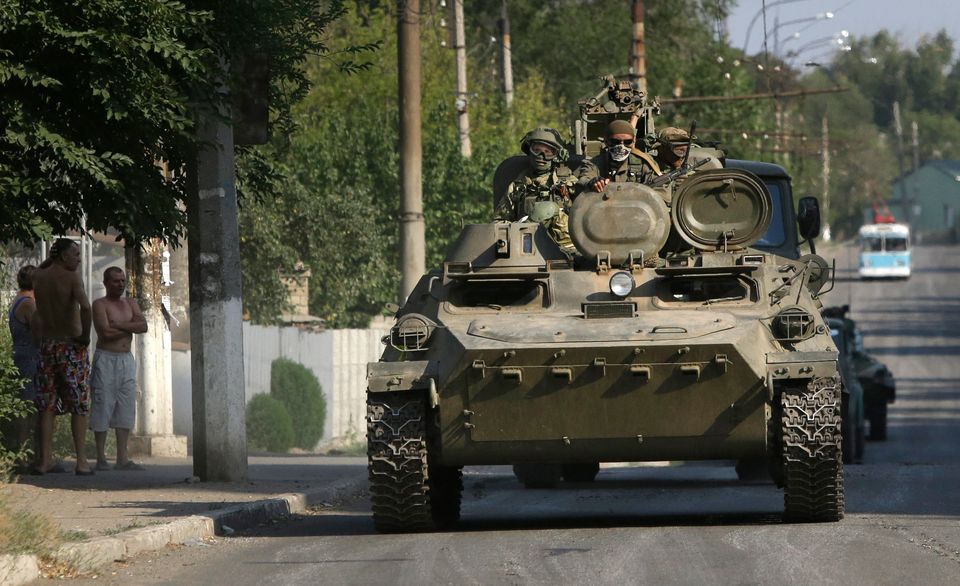 1 / 22
Pro-Russian rebels ride on an APC in the town of Krasnodon, eastern Ukraine, Sunday, Aug. 17, 2014. A column of several dozen heavy vehicles, including tanks and at least one rocket launcher, rolled through rebel-held territory on Sunday.(AP Photo/Sergei Grits)
ASSOCIATED PRESS