Two months of protests in Kiev, the capital of Ukraine, have devolved into violent clashes between the ruling government and demonstrators. Anti-government protesters accuse the government of President Viktor Yanukovych of widespread corruption, with recent confrontations sparked by a trade deal that tilted Ukraine back toward Russia and away from further integration with the European Union. On Wednesday, the first deaths were reported, with three people killed overnight, according to Reuters.

As one protester said, "A revolution is under way in Ukraine."

"What revolution takes place peacefully?" said Petro Denkovets, 34, an entrepreneur. "Each side is showing its strength. The government -- its troops -- and we our fearlessness."

Numerous videos capturing the clashes are circulating the Internet, including a direct address by a protester giving his rationale for the ongoing violence. But perhaps none captures the sheer vitriol in Ukraine as well as this unverified YouTube video. In it, protesters can be seen pelting police with Molotov cocktails and bricks, while scenes of the projectile assembly and retaliation show the terrifying reality of Kiev's streets.

Warning: The following videos and screenshots feature graphic content that may be disturbing to some viewers.

The video starts off ominously with a policeman already on fire, soon extinguished by fellow police. 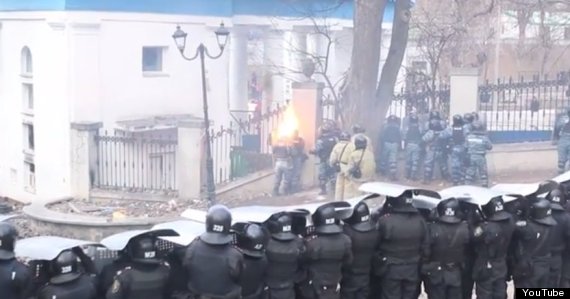 Within 10 seconds, a new petrol bomb comes flying at the iron gate, setting another officer ablaze. 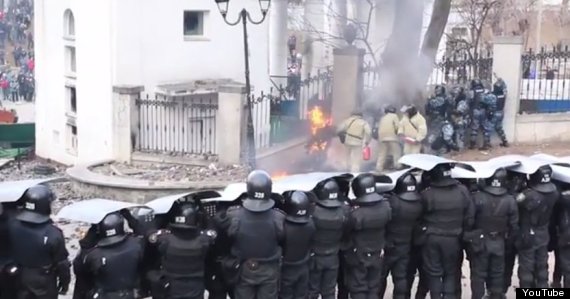 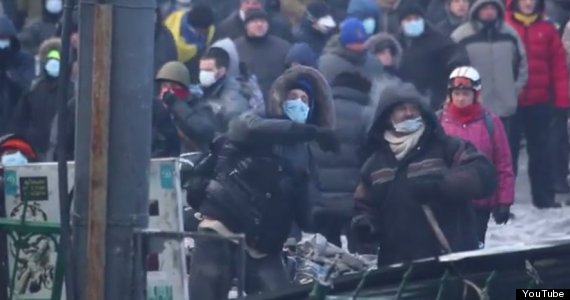 and when the camera zooms out, two more are on fire as the angry crowd cheers. 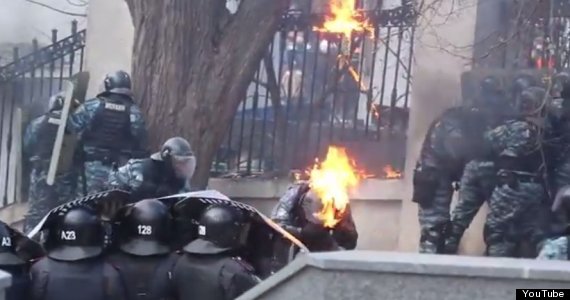 After more images of protesters hurling insults and projectiles, the video cuts to police struggling to extinguish an officer on fire. 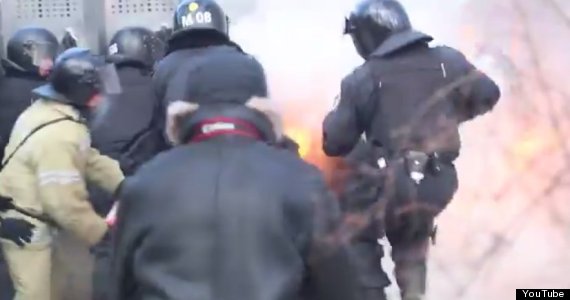 Another ignites with a crack at 1:38. 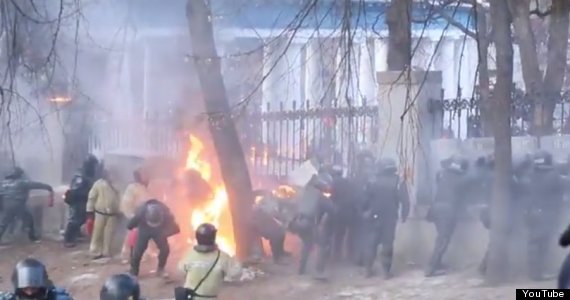 One officer tears off his helmet at 1:52 as fire tears up his uniform. He and another writhe around in flames. 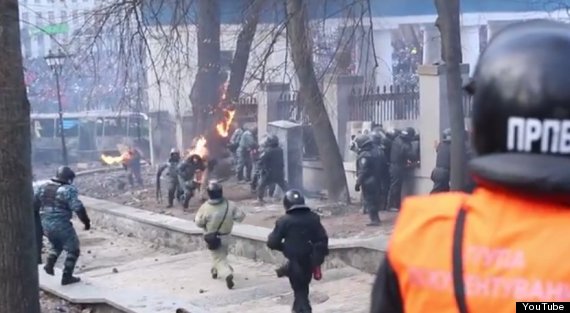 And perhaps in the most disturbing image yet, the video cuts to a closeup of a police officer on fire at 2:07 who throws his helmet off and screams in pain. 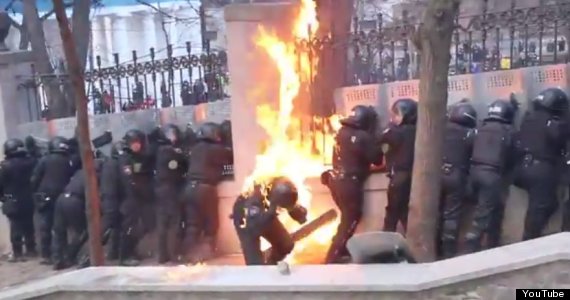 The video goes on to show weapons production in a makeshift workshop where a number of people convert ordinary bottles and cans into the explosive projectiles peppering police. 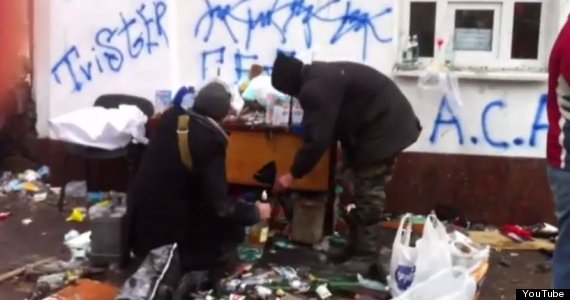 One protester digs up cobblestones with a hoe, transforming bricks into weapons. 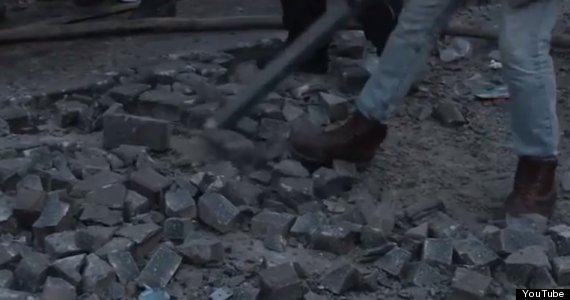 The final images show Kiev's burning streets, with a fireball lighting up the chaotic night. Tear gas and flares explode over roadblocks and protesters, in a sort of twisted, anti-Independence Day scene. 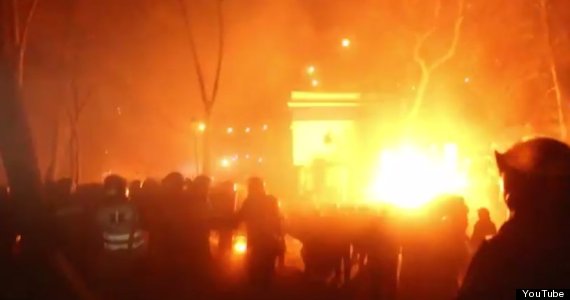 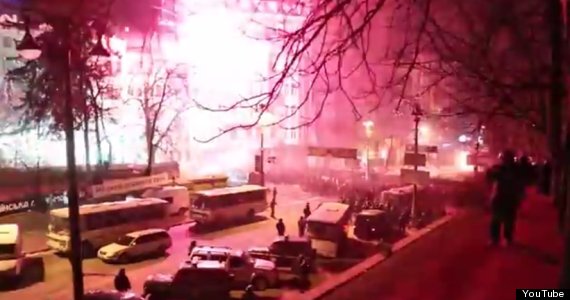