A new survey released by Gallup on Tuesday shows that beneath the current of upheaval in Ukraine is a discontent with government that stretches back years.

The survey, released amid Ukraine’s political and social upheaval, charted Ukrainians’ responses from 2006 to 2013 on how much confidence they placed in their government. Over the course of eight years, Ukrainians’ disapproval with the country's leadership eclipsed approval by a staggering average of 54 points. 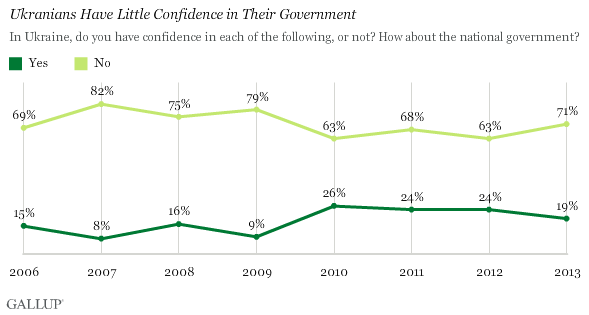 “Regardless of whom Ukrainians elect as their next president on May 25, this leader will need to be able to quickly gain the trust and confidence of a population that has had little faith in their past leadership,” the study concluded. “Since the Orange Revolution in 2004-2005, the majority of Ukrainians have said they do not have confidence in their government. No more than 26% have had confidence in the past eight years.”

Almost as bleak is Ukrainians’ dissatisfaction with their political leaders. From 2008 to 2013, none of the politicians tested received more than a 46 percent approval rating. In 2009, President Viktor Yushchenko registered just 7 percent approval.

For some comparison, President Obama is currently averaging a 44 percent job approval rating, with an average of 52 percent disapproving. Troubling, though, is Americans' faith in their own government: Just 11 percent of Americans approve of the job Congress is doing, while 77 percent disapprove.

PHOTO GALLERY
How Tensions In Ukraine Became So High

Ukraine Poll Shows How Ukrainians Felt About Their Government. The Results Aren't Pretty.
How Tensions In Ukraine Became So High 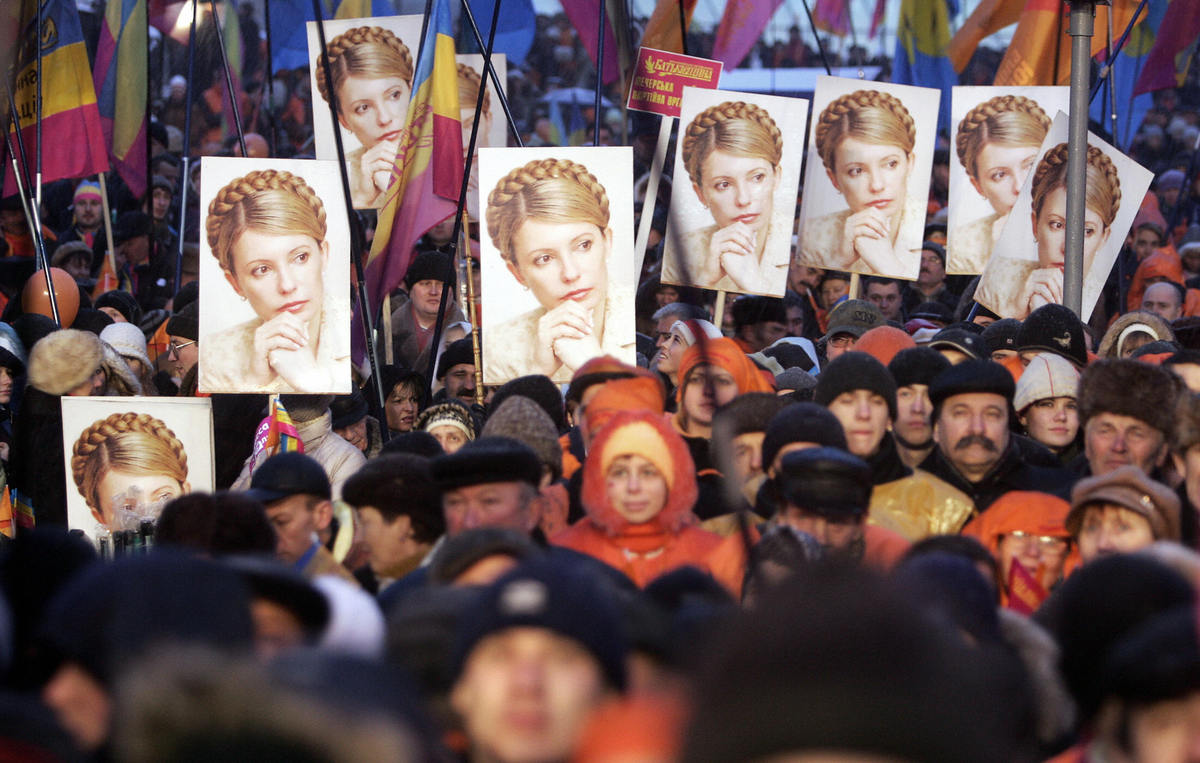