After a popular uprising toppled Viktor Yanukovych in February, Ukrainians touring his most lavish palace finally got to visit their ex-president's private zoo. In this sprawling compound just outside Kyiv, built with stolen tax payer money, there are over 2,000 animals. They include pigs, ostriches, and South African eland, a type of antelope. Yanukovych reportedly kept the elands for their milk in the belief that it enhanced the libido.

Yanukovych certainly didn't lack any desire when it came to stealing from the people. Ukraine's economy suffers not only from Russia's ongoing invasion, but also from the estimated $70 billion Yanukovych and his inner circle stole from taxpayers. Kyiv has had to cut budgets for public zoos; those privately owned by oligarchs who fled are now in the care of volunteers.

There are over 10,000 zoo animals facing starvation in Ukraine, including in Crimea. With winter only a few months away, their fate looks grim. Lionel De Lange, a South African expat with Ukrainian citizenship, launched the Ukraine chapter of the famed Lawrence Anthony Earth Organization. The organization's founder is the conservationist Dr. Lawrence Anthony, who led the successful 2003 mission to save and restore the Baghdad Zoo.

Now De Lange and other Ukrainian volunteers are working tirelessly to raise $40,000 to build an animal refuge in the southern city of Kherson, on an island on the Dnipro River. In what was once an oligarch's private zoo, over 200 animals live in tiny and poorly constructed cages from the Soviet era. A family of five brown bears languishes in a 450 square-foot rusted cage. A bright red rash covers the skin of a partially blind monkey, who has been locked in a filthy cage for 14 years. 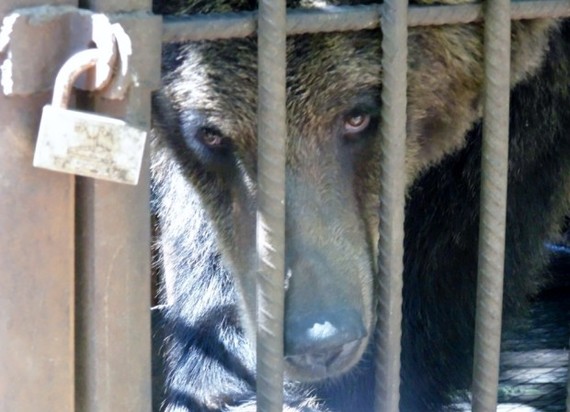 "The conditions are horrendous and the stench is unbearable," says De Lange. The pens are designed in a way that makes it difficult to contain the animals so that the cages can be thoroughly cleaned. Trapped in unsanitary conditions, many animals suffer from infections and diseases. De Lange describes this heartbreaking oligarch status symbol as an inhumane prison and claims that none of these animals have ever touched the natural ground.

De Lange does not condone zoos, but he says these animals cannot be left to die. It's also important to support the zoos, he says, because they provide social and educational benefits for Ukraine, especially during this difficult time.

So De Lange, a software developer, is working with Barbara Wiseman, the International President of the Lawrence Anthony Earth Organization, to help figure out long term economic solutions for Ukraine's zoos. In the meantime, he and other volunteers continue to monitor the highest need cases and purchase the necessary food, medicine, and other supplies. To check out their work, below is a short video of an intrepid team of volunteers braving the border crossing into Russian-occupied Crimea to feed lions in a safari park. De Lange says that the park's owner was so desperate for help that he started feeding his petting zoo animals to the lions.

To help Ukraine's volunteers build a humane refuge for the animals in Kherson in time for the rough winds and heavy snows of winter, donate to their crowdfunding campaign or spread the word about it on social media. After seeing pictures like the one below from the Kharkiv Zoo, helped by the Lawrence Anthony Earth Organization and many others sending in donations from around the world, I was happy to donate to this urgent cause. Animals deserve humane living conditions, and for the children of Ukraine, they can help put smiles on their faces. 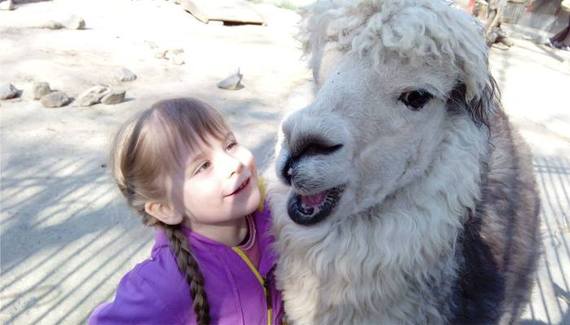