It's coming on winter, and Ulaanbaatar, the capital city of Mongolia, is making its annual transformation into the second most air polluted city in the world. According to a comprehensive study on urban air quality conducted by the World Health Organization, Ulaanbaatar follows closely behind the world's most polluted city, Ahwaz, Iran.

Ulaanbaatar houses a third of the country's total population of 3.1 million people, and the habits of these overcrowded residents are seriously damaging the air. Over half the city's population lives in ger (yurt) districts that ring the nation's capital. These neighborhoods are notorious for their lack of public works, including electricity and sanitation. In the bitter winter months, the 800,000 residents in these ger districts have to burn coal to heat their homes.

The particles emitted from burned coal coupled with weather conditions that trap in pollution are the major causes of Ulaanbaatar's notorious air quality. According to a 2011 study, an estimated 10-25 percent of deaths in Ulaanbaatar in a given year are due to particles in the air. In addition to such health hazards, air pollution hits the national bottom line as well: The study says air pollution-related issues, such as illness, time taken off of work, and death, cost Ulaanbaatar about $500 million USD annually. This is a whopping 20 percent of Ulaanbaatar's 2008 GDP.

Although the general population complains of the city's air quality, many remain in the dark about how to affect real change. But Christa Hasenkopf, National Science Foundation Postdoctorate Fellow and winner of a Fulbright research grant to Mongolia, is trying to educate urbanites and to get Ulaanbaatar's youth to care about their city's air. She has started a project that posts daily air quality data provided by the City Air Quality Agency on social media for the first time in Mongolia.

"We think it is vital for citizens of one of the world's most polluted cities to have easy access to air quality information and given clear explanations of how to interpret it through social media," says Haskopf. "Providing this information empowers the public to play an important role in having a say in the future of the air quality and, ultimately, the health of their home."

To help the residents of Ulaanbaatar raise awareness of the importance of clean air, visit and share the work of UB Air Quality Info on Facebook and @UB_Air on Twitter. Taking part in or just showing public support of the dialogue can go a long way in maintaining air-cleaning efforts such as the World Bank's Ulaanbaatar Clean Air Project.

PHOTO GALLERY
Postcards from the Second-Most Air Polluted City in the World
Download
Calling all HuffPost superfans!
Sign up for membership to become a founding member and help shape HuffPost's next chapter
Join HuffPost 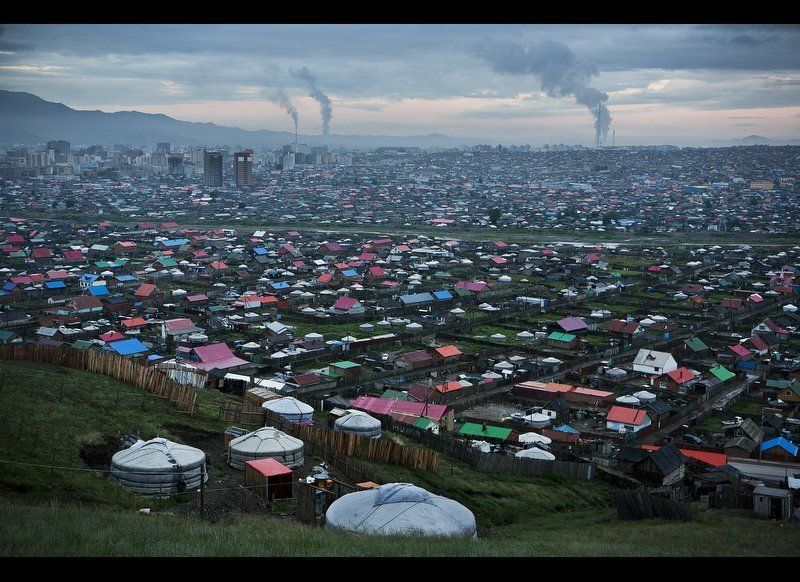 1 / 7
Ulaanbaatar Skyline
In Ulaanbaatar burning coal is a major contributor of particulate matter in the air. All of Ulaanbaatar's four power plants and most of the heat sources in the sprawling ger (yurt) districts are fueled by burning coal.