After attending the three-day Ultra Music Festival this weekend, we have now seen it all -- including more human flesh than we could possibly capture.

The 16th annual EDM extravaganza in Miami's Bayfront Park -- no trip to the desert necessary, this party is right downtown -- drew the likes of Afrojack, Above & Beyond, Kaskade, Armin Van Buuren, Diplo and more, along with party people from around the globe. We spotted ravers from Japan, dancing bros from Britain, and a whole gaggle of Australians, plus fans from the U.S.A. sporting the stars and stripes on bikini tops and Speedos and strange cut-out pants. In one direction was the Magic City's glistening skyline; in the other, gorgeous Biscayne Bay.

Miami, of course, knows how to party. And it knows how to host one. With some 160,000 people hitting seven stages for everything from trance to Beyonce remixes, it takes a small army to pull off such a massive festival and we have to say, things ran incredibly smoothly inside Ultra despite the threat of Saturday rain and a last-minute gallbladder surgery for headlining artist Avicii, who was replaced by DeadMau5. A music festival miracle: even the food looked amazing.

Sadly, this year's festival was marred by a terrible tragedy on Friday night when a group of people without tickets trampled and seriously injured a security guard. City officials have already said they will open talks to deny permits to Ultra next year; while we wait to see how that shakes out -- and we hope the guard, who is in critical but stable condition after suffering a broken leg and head trauma, gets well soon -- we present to you all the people we loved at Ultra this year, from candy-coated Unicorn-loving ravers to hippies in silk to at least one man in a full suit and tie.

What ties them all together? Inhibitions in the wind, these are the folks who straight up went for it and brought amazing energy to Ultra. But be warned: some of these outfits are NSFW, unless you work in a pasties factory. 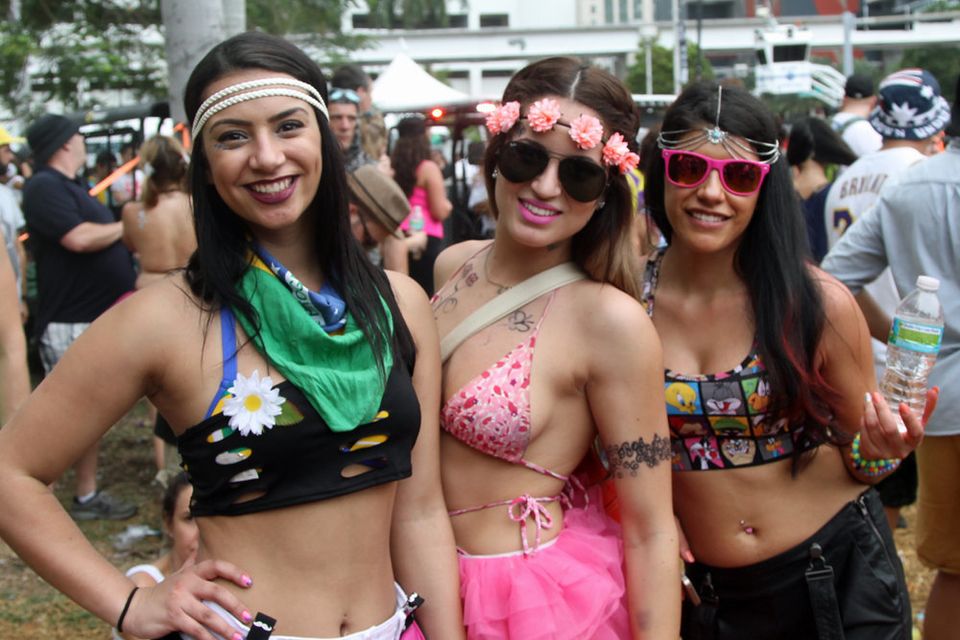 1 / 184
Ultra 2014 Photos
Ah, Spring! That magical time of year when a young person's fancy turns to Ultra -- and all the wild costumes and dance gear you can possibly imagine.
HuffPost 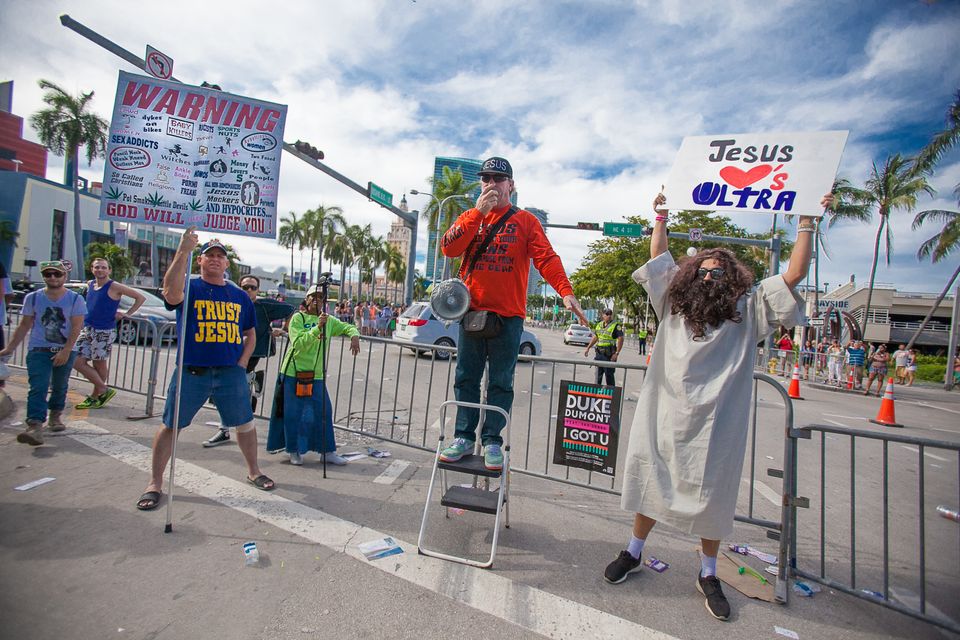