Many Israelis have long bridled over state priveleges handed to the conservative believers or "Haredim" - a Hebrew term meaning "those who tremble before God".

The debate heated up when elections in January saw strong performances for two parties who campaigned against the exemptions and created the first cabinet in a decade without ultra-Orthodox members.

Most Israeli men and women are called up for military service for up to three years when they turn 18, and often see active service in the occupied West Bank and other flashpoints.

But ultra-Orthodox men studying in seminaries, religious women and Arab citizens of Israel have been exempted since the Jewish state was formed in 1948.

Under the proposed law, only 1,800 of those students, designated "outstanding biblical scholars", would get an exemption, out of the estimated 8,000 who become eligible for the draft every year.

"The government's abuse of the haredi minority verges on persecution and cruelty," Meir Porush, an ultra-Orthodox legislator from the opposition United Torah Judaism party, said about the cabinet's decision.

Ultra-Orthodox rabbis say the study of the holy scriptures is a foundation of Jewish life and scholars have a right to devote themselves full time to the task.

"This is a stain on the State of Israel, which has become the only country in the world to determine that studying the Scriptures is not legitimate," another United Torah Judaism legislator, Moshe Gafni, told reporters.

Changing the so-called secular-religious status quo in Israel has carried significant political risk in the past for its coalition governments, which have often relied on the support of ultra-Orthodox partners.

Two months ago, some 30,000 Haredim in traditional black garb rallied to rabbis's calls against conscription reform and protested outside a military recruitment centre in Jerusalem.

But while leaders of the Haredim community have pledged more mass demonstrations against the legislation, an ultra-Orthodox backlash currently poses little danger to the government's survival, given its composition.

Hoping to avoid any immediate confrontation, the government agreed to delay any sanctions against draft-dodgers by imposing a four-year interim period in which the military will encourage young Bible scholars to enlist.

"We will make this change gradually through consideration for the special needs of the ultra-Orthodox community," Netanyahu said in public remarks at the cabinet meeting, where ministers voted 14-0, with four abstentions, to approve the proposed law.

Some 3,500 Haredim already serve in the military, and a recent study by the Economy Ministry found that 70 percent of ultra-Orthodox soldiers entered the workforce after they completed their service. By contrast, only 45 percent of all Haredi men were employed, according to the central bank.

Haredim make up 10 percent of Israel's eight million population and they are expanding rapidly, with families of 10 children not uncommon.

The draft legislation, which will be brought to parliament for ratification, would be implemented fully in four years' time. 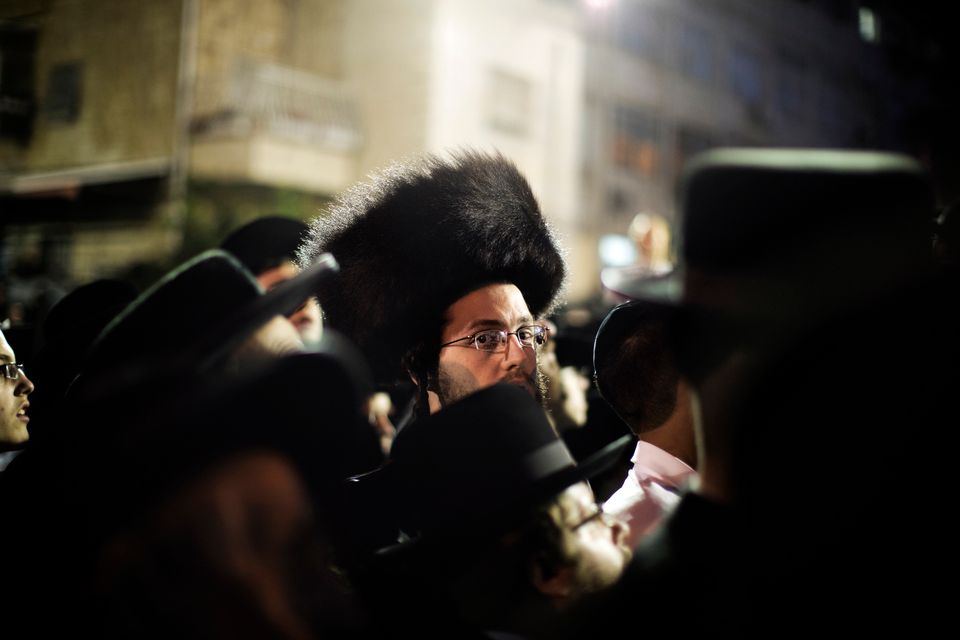 1 / 6
Ultra Orthodox Jews Protest Draft
Thousands Orthodox Jew gather in front of the main army recruitment office in Jerusalem on May 16, 2013 to demonstrate against any plans to make them undergo military service, a police spokesman said. Protesters also prayed and chanted 'the Torah above everything!' referring to Jewish religious law, and 'the army will not take yeshiva (religious seminary) pupils.' AFP PHOTO / MARCO LONGARI (Photo credit should read MARCO LONGARI/AFP/Getty Images)
Getty Images