Fourteen years after the civil war in Rwanda, refugees are stillliving in mud huts. In Bosnia, followingBalkanization, people lacked heat and electricity for years.

On the Afghani-Pakistani border, millions today are living in squalor.

In all of these refugee populations, disease was and often remainsendemic. Food and water scarce.

I witnessed the end of three decades of violence in Sri Lanka, asthe government finally overcame the world's largest terrorist organization,restoring peace in to the island.

The enemy had been formidable. Known as LTTE, referred to as the Tamil Tigers, it has its own army,navy, air force, and suicide commando units (seemy HuffPost story, Explaining the Tamil Tigers).

The Tigers used 300,000 of their own people as human shields toprotect themselves from the advancing government troops. Over 100,000 people died in the conflict, themajority of them non-Tamils.

At the end of theconflict, 250,000 Tamils were left – many of them near the beach where thefinal defeat occurred. These refugeesbecame the responsibility of the Sri Lankan government. 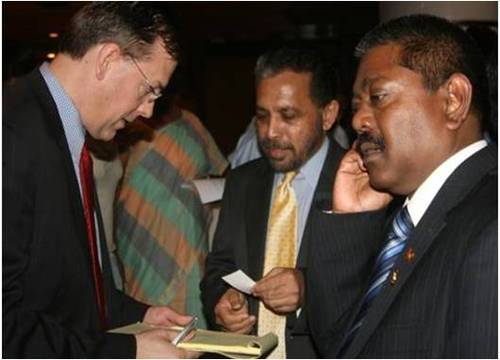 According to the SriLankan Ambassador to the United Nations, Dr. Palitha Kohona, who granted me anexclusive interview for the HuffingtonPost last week in his New York office, 54 NGO’s are now operating withinthe camps.

I have known Palitha foryears and have spoken with him on these issues repeatedly.

“The problem is that werefuse to permit IDP tourism,” Palitha told me. “These internally displaced people (IDPs) deserve dignity.” They are not, so to speak, a museum exhibitionor animals at the zoo. “We flatly say‘No’ to refugee camp tourism.”

“We need help. All legitimate NGOs, with adequate funding,are welcomed to assist us help these people,” the Ambassador said. 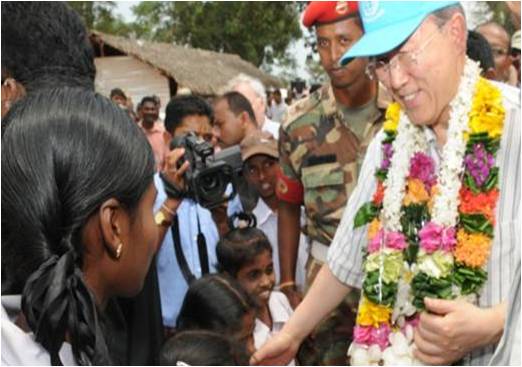 The International RedCross (IRC), which assisted during the conflict by providing food and medicineand visiting prisoners, is negotiating now with the government on how best to helpat this stage of resettlement.

“There is a new mandatebeing worked out with the IRC to assist with medical facilities and improvingconditions throughout the camps,” Palitha said. He noted that currently 130 Sri Lankan physicians are operating withinthe camps. 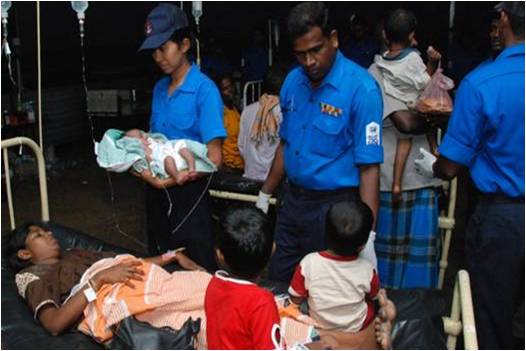 Currently 130 Sri Lankanphysicians are operating within the camps.

The areasaround the camps and in indeed much of the North has been mined by the LTTE. The de-mining process, as Princess Dianareminded us, is excruciatingly difficult, lengthy, and when it fails, leavesdead or maimed civilians.

Theinternational community is helping remove them, but far more help is needed. Over one million mines remain.

Thousandsof Tamil Tigers tried to blend into the civilian population to escape war crimecharges, and to attempt to reconstruct the Tiger cause, continuing Sri Lanka’sconflict.

According to government,12,700 IDP’s self-identified themselves as combatants, and an estimated 8 to10,000 more remain hiding in the camps. Ofthe 250,000 IDPs, 167,000 have now been cleared and are ready to return totheir homes as soon as possible.

The Tigersburied weapons throughout their former territory. Every day the government discovers buriedguns throughout the north and eastern provinces where the Tigers had controlled.

The Tigersremoved much of the roofing of the civilian population’s homes before the endof the conflict, both to force Tamils from their homes and to steal materialsto create ad-hoc camps. The governmentis trying to repair the damages so that Tamils can return to their homes.

The Tigersdestroyed water and electrical connections throughout their territory, which isnow being replaced by the government.

Although the governmenthas built some housing, the majority of the quarter million refugees live intents provided by the U.N.

The monsoon rains thatsweep Sri Lanka are not seen by the government as an insurmountable problem forthe camps. “We have known these rainsfor thousands of years. They come everyseason. To Sri Lankans, they are normaland we know how to live with them,” says the U.N. Ambassador.

The U.S. and E.U. areassisting the U.N. in reconstruction. India, Australia, and Japan provide assistance directly to the SriLankan government.

The Ambassador welcomesassistance from the international community to help his government deal withthis humanitarian crisis brought about by the Tamil Tigers. Sri Lanka has never been an affluent nation,and the global economic crisis has hurt it as much as any other country.

I personally have beensaddened to witness too many unknowing people give the Sri Lankan peopleadvice. Talk is cheap. Talk based on ignorance or prejudice is dangerous.

What the people of Sri Lankaneed now is concrete assistance. Anyonecan criticize. The questions remain: Whois willing to help? And how?