They blew apart at least 50 men, women and children.

It killed one of the last remaining pediatricians in the city.

There were almost 300 airstrikes in Aleppo over the last 10 days. Civilians, often in crowds, were repeatedly struck.

What are individuals in wars today? Expendable commodities, dead or alive.

Patients and doctors are legitimate targets.

Women, children, the sick, the wounded and their caregivers, are condemned to death. 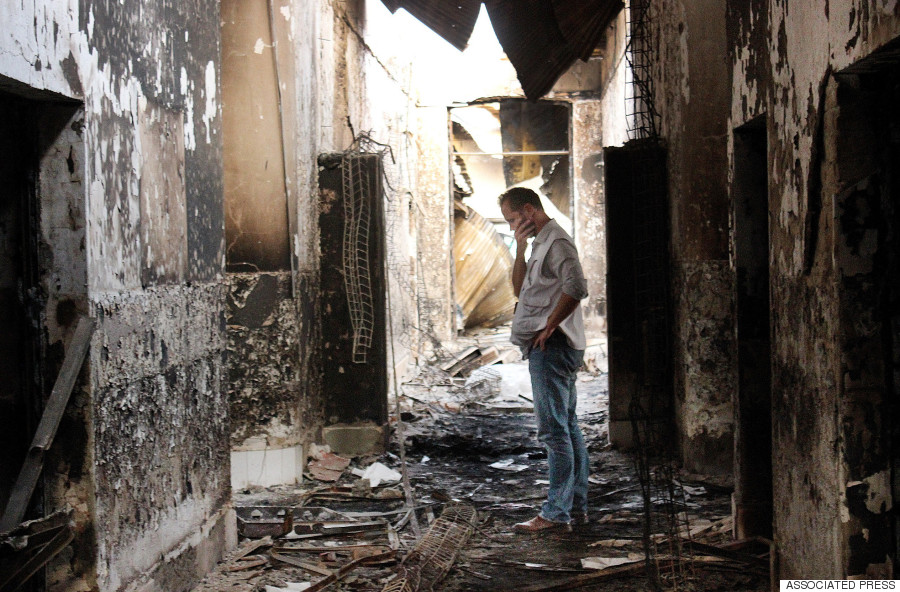 An MSF worker surveys the damage at the trauma center in Kunduz, Afghanistan. (AP Photo/Najim Rahim)

I went to Kunduz, Afghanistan, following the U.S. attack on our trauma center on October 3, 2015.

One of the survivors, an MSF nurse whose left arm was blown off during the relentless airstrike, told me something that haunts me daily.

He said that when fighting erupted in Kunduz, MSF told its staff that its trauma center was a safe place.

"We believed you," he said. "Did you know that we would be bombed?"

I told him that until October 3, I truly believed that the hospital was a safe place.

I cannot say that anymore about any medical facilities on the front lines today.

'We believed you,' one of the survivors told me. 'Did you know that we would be bombed?'

Medical personnel are threatened. Patients are shot in their beds.

Broad attacks on communities and precise attacks on health facilities are described as mistakes, are denied outright, or are simply met with silence.

In reality, they amount to massive, indiscriminate and disproportionate civilian targeting in urban settings, and, in the worst cases, they are acts of terror.

The effects of the attacks against health facilities emanate far beyond those immediately killed and injured.

They demolish routine and lifesaving health care for all. They make life impossible. Full stop. 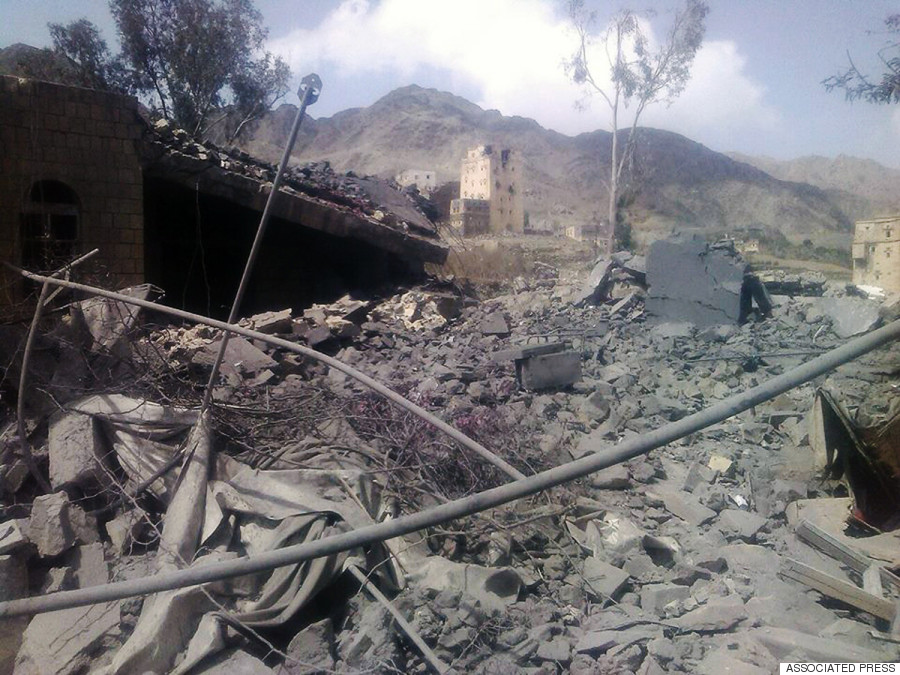 The aftermath of an airstrike on a hospital in Saada province, Yemen. (MSF via AP)

On October 26, 2015, a Saudi-led coalition airstrike hit an MSF hospital in Haydan, in the north of Yemen, leaving at least 200,000 people without lifesaving care.

It was the first of three MSF facilities partially or completely destroyed in Yemen over a period of three months.

Attacks on MSF facilities provide only a glimpse into the brutality of war.

Attacks on other hospitals and clinics -- and schools, markets, houses of worship -- are routine. Local health workers bear the brunt of these abuses.

We are at a deadly impasse.

We can no longer assume that fully functioning hospitals -- in which patients are fighting for their lives -- are out of bounds. Hospitals and patients have been dragged onto the battlefield.

Hospitals and patients have been dragged onto the battlefield.

In Jasim, a town in southern Syria, citizens have protested in front of a hospital to prevent its re-opening. They know what happens to functioning hospitals.

We are facing an epidemic of attacks on health facilities, impeding our ability to do our core work.

And to date, our calls for independent investigations have gone unheeded. 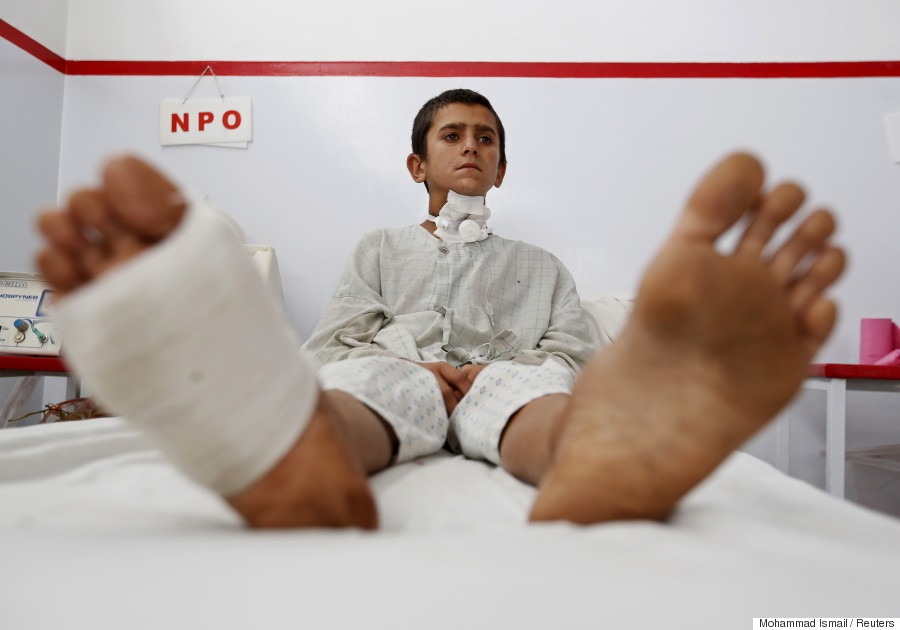 A wounded Afghan boy, who survived a U.S. airstrike on a MSF hospital in Kunduz, receives treatment. (REUTERS/Mohammad Ismail)

We will speak out loudly and with force about what we witness in the field.

We physicians take an oath when we join the medical profession.

Hospitals must not be attacked or forcibly entered by armed personnel, including to search for and capture patients

The neutrality of war-time medical care cannot be stamped out by state sovereignty or domestic law. Especially in an age of counter-terrorism and counter insurgency -- characterized by shifting alliances and murky rules of engagement.

While the nature of warfare may have changed, the rules of war have not.

You are charged with protecting peace and security.

Yet four of the five permanent members of this council have, to varying degrees, been associated with coalitions responsible for attacks on health structures over the last year.

You therefore must live up to your extraordinary responsibilities, and set an example for all states. 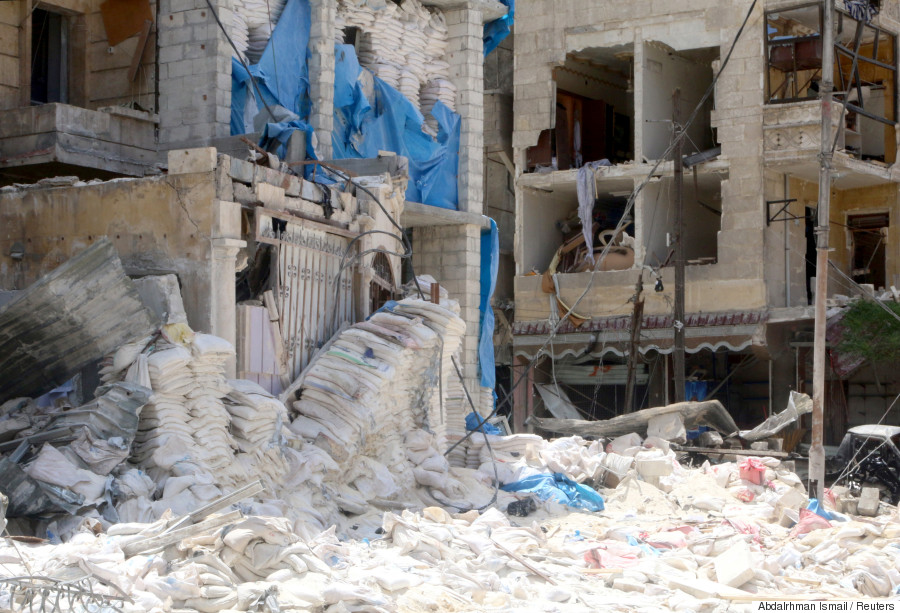 "Seeking or providing health care must not be a death sentence." (REUTERS/Abdalrhman Ismail)

I repeat: Stop these attacks.

This resolution cannot end up like so many others, including those passed on Syria over the past five years: routinely violated with impunity.

In Syria, where health care is systematically targeted, and besieged areas are cynically denied medical care.

Ensure the protection of the impartial provision of health care in conflict.

Also support the obligations of health workers to treat all sick and wounded without discrimination.

Today, we remember his humanity and bravery, shared by so many patients, nurses, doctors, communities and MSF staff caught up in areas of conflict.

For their sake: translate this resolution into action.

Re-commit, unambiguously, to the norms that govern the conduct of war.

This resolution must lead to all states and non-state actors stopping the carnage.

You must also pressure your allies to end attacks on health care and populations in conflict areas.

Seeking or providing health care must not be a death sentence.

You will be judged not on your words today, but on your actions. Your work has only begun.

Make this resolution save lives.

This piece was adapted from a speech at the United Nations Security Council briefing on May 3, 2016 in New York.

PHOTO GALLERY
Inside Yarmouk
Download
Calling all HuffPost superfans!
Sign up for membership to become a founding member and help shape HuffPost's next chapter
Join HuffPost

Enough! It's Time for the UN to Stop the Attacks on Hospitals
Inside Yarmouk 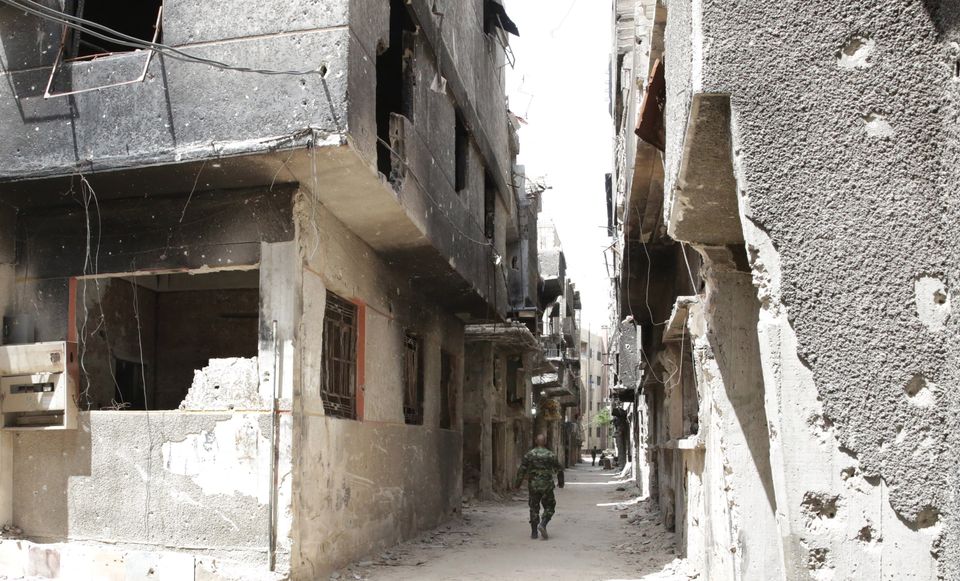