The United Nations is planning the first deployment of drones in its peacekeeping missions, media outlets reported on Tuesday.

The U.N.'s peacekeeping department reportedly asked the Security Council in a closed meeting to support the use of three unarmed surveillance drones in its operation in the Democratic Republic of Congo, the Associated Press writes.

The drones would monitor Congo's volatile eastern provinces, where clashes between the Congolese army and rebels allegedly backed by Rwanda have caused hundreds of thousands of people to flee since the end of 2012. Rwanda denies supporting the militants.

More than 17,700 U.N. peacekeepers and over 1,400 international police officers are currently at work in the DRC, making it the largest U.N. peacekeeping operation around the world. Yet the troops are spread thin across the massive country and have been unable to contain rebel forces thus far.

Peacekeeping chief Herve Ladsous told reporters after Tuesday's meeting that he had asked the Security Council for the means to strengthen the operation in the DRC.

"So more helicopters, perhaps some with night vision, river capacities and then this question of aerial surveillance equipment -- drones," Ladsous said, according to AFP. "I explained to the Security Council how necessary we think this is," he added.

ABC News reports that France, the United States, and Britain have expressed their support for the plan. Brieuc Pont, French spokesman to the U.N., tweeted that "the U.N. in Congo needs additional and modern assets, including drones, to be better informed and more reactive."

Yet several nations such as Russia and China warned about the financial and legal implications of the drones, voicing concerns that their use may give western countries a pretext to step up their intelligence gathering in the region, Reuters notes. Drones have increasingly become a sensitive topic for many governments since the U.S. has heightened its the use of the unmanned surveillance tools to attack terrorist targets in countries such as Pakistan and Yemen.

"Africa must not become a laboratory for intelligence devices from overseas," said Olivier Nduhungirehe, a Rwandan diplomat at the United Nations, according to the Washington Post. "We don’t know whether these drones are going to be used to gather intelligence from Kigali, Kampala, Bujumbura or the entire region," he added. 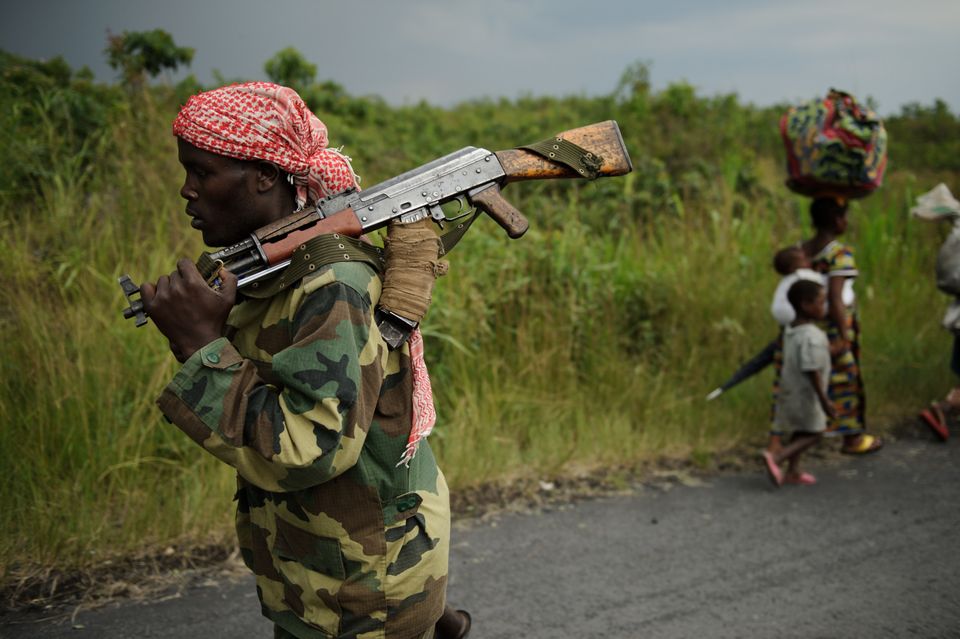 1 / 7
THE COUNTRY
Congo is sub-Saharan Africa's biggest country, stretching from the Atlantic Ocean in the west to two-thirds of the way across the continent. It is plagued by a lack of roads and railways. The feeble government in the capital Kinshasa is nearly 1,000 miles (1,600 kilometers) away from Goma, the strategic eastern town that was seized by M23 rebels on Nov. 20. A succession of rebel groups and warlords have for years taken advantage of the power vacuum to get a piece of the mining action in eastern Congo. <em>Caption: An M23 rebel marches towards the town of Sake, 26km west of Goma, as thousands of residents flee fresh fighting in the eastern Democratic Republic of the Congo town on November 22, 2012. (PHIL MOORE/AFP/Getty Images)</em>
PHIL MOORE/AFP/Getty Images