VIENNA, Oct 24 (Reuters) - Iran's apparent new readiness to address international concerns about its atomic ambitions will be tested in talks with U.N. inspectors on Monday, with diplomats hoping for progress such as on access to a sensitive military site.

However, the diplomats say Iran will probably agree to cooperate fully with an investigation by the U.N. International Atomic Energy Agency (IAEA) only if a broader deal is reached in separate negotiations with six world powers.

New President Hassan Rouhani has raised hopes of an end to international deadlock over the nuclear program by promising to engage with the West, in return for an easing of sanctions that are damaging the Iranian economy.

The Vienna-based IAEA has been investigating accusations for several years that Iran may have coordinated efforts to process uranium, test explosives and revamp a missile cone in a way suitable for a nuclear warhead.

Iran says such claims are baseless and forged, and a series of meetings in Vienna between Tehran officials and the IAEA inspectors since early 2012 have been fruitless.

Expectations for Monday's round are higher and the diplomats believe Iran may soon offer some concessions, perhaps by allowing the inspectors to visit its Parchin military base southeast of Tehran - long a priority for the IAEA.

"I think both sides are looking to see whether they can be a bit more creative," one Western envoy said. Another diplomat said Iran would need to come up with "something positive".

The IAEA believes nuclear-related explosives tests took place at Parchin, possibly a decade ago, and wants the inspectors to interview officials and study documents to shed light on what happened there.

It has acknowledged, however, that it may no longer unearth anything at Parchin due to suspected Iranian efforts to remove any incriminating nuclear-linked traces there.

Tehran denies the accusations and says it will allow visits to Parchin once the two sides have reached an agreement on how the investigation should be carried out.

Any overall deal with the IAEA is likely to depend on progress at the separate talks in Geneva between Iran and the six powers - the United States, France, Britain, Germany, China and Russia, which want Tehran to curb nuclear work that can have both civilian and military uses.

These negotiations resumed on a hopeful note last week and a further round is due on Nov. 7-8. An Iranian parliamentarian was quoted as saying Iran had halted its higher-grade uranium enrichment, but diplomats in Vienna said they were unaware of any such move. The IAEA declined comment.

The IAEA - tasked with preventing the spread of nuclear weapons in the world - wants access to sites, officials and documents for its stalled investigation into alleged past experiments and research that could help Iran assemble atomic bombs, if it decided to pursue such arms of mass destruction.

Eleven meetings between senior IAEA and Iranian officials since January last year have so far failed to produce a framework accord outlining the terms for the investigation.

But diplomats briefed on the closed-door discussions said Iran seemed more willing to tackle issues of substance in the last meeting, held in late September.

Western experts say Iran must address the IAEA's concerns if it is to build confidence in the outside world that any activity it might have undertaken in the past to acquire a capability to produce nuclear weapons has since ended.

"Iran knows that in order to pave a way to a comprehensive solution those questions need to be answered," said former IAEA chief inspector Olli Heinonen, now at Harvard University's Belfer Center for Science and International Affairs.

Iran says its nuclear programme is for peaceful electricity generation and that it will never develop atomic arms.

Tehran could make sanctions relief more likely if it would "immediately cooperate with the IAEA on inspections of key sites, including Parchin, and to ensure that past weapons-related experiments have been discontinued", the Arms Control Association, a U.S. research and advocacy group, said. (editing by David Stamp) 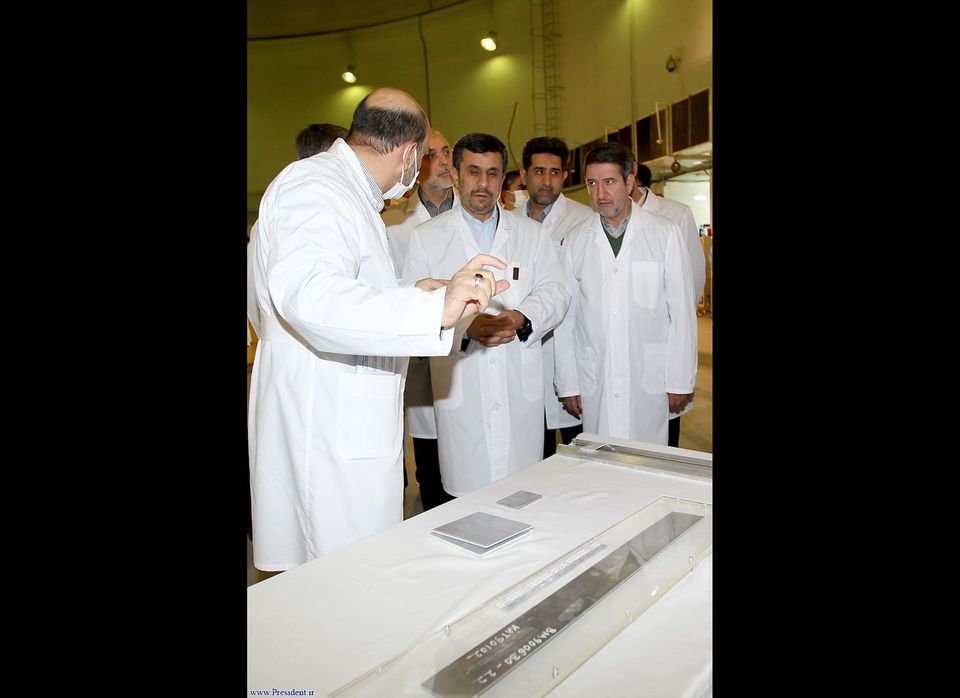