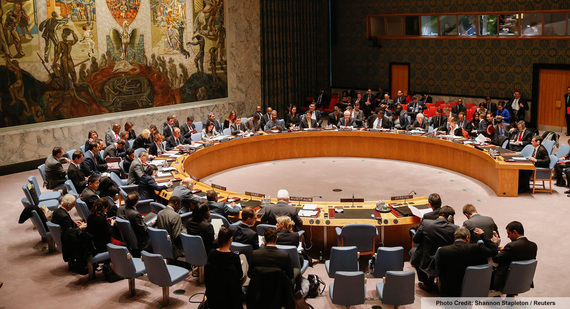 Last month, in a remarkable challenge to the authority of the UN Security Council, the Kingdom of Morocco ordered the expulsion of most of the civilian personnel in the UN peacekeeping mission in Western Sahara. This unilateral decision to effectively dismantle the UN Mission for the Referendum in Western Sahara (MINURSO) has triggered a crisis at the UN and further endangered the Saharawi people. It has also struck a blow to the cause of peace and security in the region.

While Morocco has made no secret of the fact that it would happily do away with MINURSO, the real shock has been the UN Security Council's troublingly muted reaction. Western Sahara is classified by the UN as a Non-Self-Governing territory, awaiting a process of decolonization. The Security Council created MINURSO with a clear mandate: to organize and supervise a referendum on self-determination in which the people of Western Sahara would choose between independence and integration with Morocco. Although Morocco agreed to these terms as part of the ceasefire, it has since renounced the very idea of a referendum. MINURSO has failed to deliver on its basic political premise for 25 years, but under the current conditions it won't even be able to fulfil basic functions of monitoring the ceasefire between Morocco and the Frente POLISARIO - the internationally recognized political representatives of the people of Western Sahara - for much longer.

The people of Western Sahara have international law on our side, and we've been making significant progress internationally. For example, the African Union - where the Saharawi Arab Democratic Republic is a full and founding member - has issued strong statements of support and last year called for a date to be set for the referendum. African Union Special Envoy for Western Sahara Joaquim Chissano reiterated this call to the Security Council when he briefed members during a meeting on 26 April 2016. The European Court of Justice recently struck down the European Union's trade agreement with Morocco based on its inclusion of Western Sahara. So perhaps it is no surprise that Morocco chose this moment to launch its dramatic assault on MINURSO.

It did so after UN Secretary-General Ban Ki-moon took his first-ever trip to Western Sahara in early March. The Secretary-General visited the Frente POLISARIO-controlled liberated areas of Western Sahara as well as the Saharawi refugee camps in Southwest Algeria. Ban Ki-moon pledged that the UN "will do much more" for the people of Western Sahara. It was a welcome sentiment for a people who after more than 40 years of occupation and 25 years of failed political process have so often felt ignored by the United Nations and the international community as a whole.

But the trip incensed the Moroccans, whose defense of the status quo and opposition to any genuine talks is always backed up by aggressive diplomatic action. Morocco will use any pretext to obstruct the political process, and this time was no different. The Moroccan government seized upon Ban's use of the word "occupation" to describe Morocco's presence in Western Sahara. Saharawis - who are subject to frequent human rights abuses by Moroccan security services in the Moroccan-occupied territory - know all too well how accurate his description was. The word can also be found in resolutions of the UN General Assembly (34/37 and 35/19), so it is not as if Ban Ki-moon was breaking with UN precedent. If it wasn't the word "occupation", the Moroccans would have found another reason to attack the Secretary-General and take attention away from his call for a genuine negotiating process.

As the Frente POLISARIO's senior official on all matters related to MINURSO, I know firsthand that the current situation imposed by Morocco is not sustainable. UN peacekeeping officials will tell you the same thing. Everything from vehicle maintenance to aerial ceasefire monitoring patrols and demining operations (Morocco has made Western Sahara one of the most heavily mined areas in the world) are already under considerable strain. The Moroccans are well aware that MINURSO cannot fulfil its mandated functions as things stand now.

Morocco's actions are extremely dangerous for the people of Western Sahara, but the implications are even broader. Regional security has been seriously compromised, and if the Security Council allows this unilateral attack on MINURSO to stand, what kind of precedent does it set for peacekeeping operations around the world?

By the end of the week, the Security Council will adopt a resolution renewing the mandate of MINURSO. The resolution must be used to demand the immediate reinstatement of MINURSO to its mandate as originally conceived. It must also set a clear timeline for a return to the negotiating table, with a deadline after which the UN presence should initiate preparations for a referendum. All we are asking is that the Security Council abides by its own decisions and commitments.