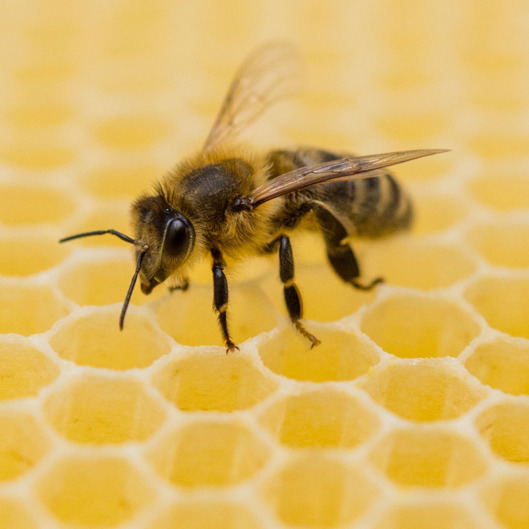 It's no secret that the world's bees are dying off in alarming numbers, but sometimes it's worth remembering what's at stake beyond just hot toddies and a topping for biscuits, and the U.N. Friday has just the thing: A new report by the organization warns that if the disturbing trend continues, there will be awful consequences for the world's food supply.

The number of "pollinators" -- a group composed of roughly 20,000 flying creatures -- is shrinking rapidly worldwide, putting "hundreds of billions of dollars' worth of crops each year" at risk, according to the report, which took two years to compile and is the first of its kind. It says that two out of five species of invertebrate pollinators (primarily bees, but butterflies and other insects, too) now face extinction, and one in six of the vertebrate pollinators (birds) do as well.

The report amounts to a pretty serious downer because it reiterates how baffling these mass die-offs remain, then directly links their existence to food shortages down the road. No one's sure who or what to blame because there are too many options -- pesticides, global warming, disease, so-called "habitat loss" caused by deforestation and urban sprawl, even modern farming itself, which is reducing the biodiversity pollinators use for food. One of the authors lays it out: "Everything falls apart if you take pollinators out of the game. If we want to say we can feed the world in 2050, pollinators are going to be part of that."

U.N. researchers suggest making a handful of "relatively simple, relatively inexpensive" moves -- common-sense things like not devoting the majority of farmland to corn and soy, and using fewer toxic chemicals to grow crops, a move the FDA seems to be getting behind already.