During this year's U.N. Week, women did werk -- especially for other women.

Politicians, human rights advocates, corporate executives and many others gathered in New York City this week to discuss some of the world's most pressing crises -- and make public pledges to help solve them. Here are ways that women leaders at the U.N. General Assembly, the Clinton Global Initiative (CGI) and Mashable's Social Good Summit took concrete measures to empower women and girls globally.

1. Hillary Clinton Got an A+ For Pledging to Educate 14 Million Girls 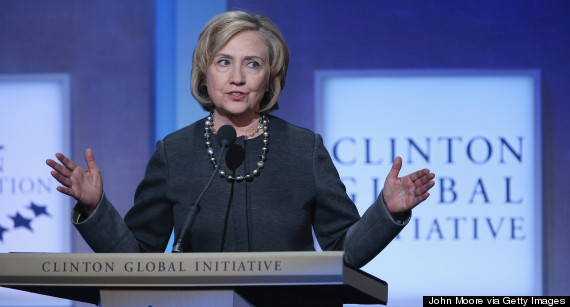 The former secretary of state announced a $600 million effort on Wednesday at the Clinton Global Initiative to get 14 million girls enrolled in secondary education. Across the globe, 31 million girls are kept out of school because of financial constraints, cultural clashes and fears of violence, among other prohibitive issues.

"We know when girls have equal access to quality education in both primary and secondary schools, cycles of poverty are broken, economies grow, glass ceilings crack and potential is unleashed," Clinton said.

...2. And Then Clinton Called Out Paid Maternity Leave as an Equality Issue

The two other countries in the world besides the U.S. that don't offer paid maternity leave are Oman, an absolute monarchy in the Persian Gulf, and Papua New Guinea, where violence against women is so rampant that 60 percent of surveyed men said they've committed rape, according to the U.N.

And it's something America can no longer afford to deprive new mothers, since it often gives them no choice but to drop out of the workforce, Clinton said on Wednesday at CGI.

"The absence of paid leave is a strong signal to women and particularly mothers that the society and our economy don't value being a mother," Clinton said.

3. This Mother Living With HIV Brought the Audience to Their Knees

We are so inspired by Violet and her powerful story of giving back by educating, empowering other #YouthVoices. pic.twitter.com/2XJAhKzhxm

Violet Mbewe spoke Tuesday at the U.N. Week panel, Can Youth Be the Key to Unlocking Improved Health?, and shared a powerfully moving personal story. She described the hardship of having lost her husband to HIV, but said luckily, her son was not diagnosed. "I was shaking when I took him to the clinic. I'm so happy to say the test came out negative."

Mbewe is now a site coordinator of Mothers2Mothers, a nonprofit that works to eliminate pediatric AIDS. She shared ways her team is educating other HIV-positive moms on preventing transmission of the disease to their babies.

4. Nelson Mandela's Widow Called for an End to Child Marriage

Graca Machel spoke with Hillary Clinton at CGI about her campaign Child Marriage Free Zone in partnership with the U.N., among other organizations. The campaign works to educate girls, keeping them in school so they are equipped to decide on their own accord when and if they will get married. Machel pointed out that ending child marriage is a health and gender rights issue:

Among women 20-24 years old globally, about one in three were child brides, according to UNICEF. Marrying young puts girls at risk for violence, poverty, health problems and more. 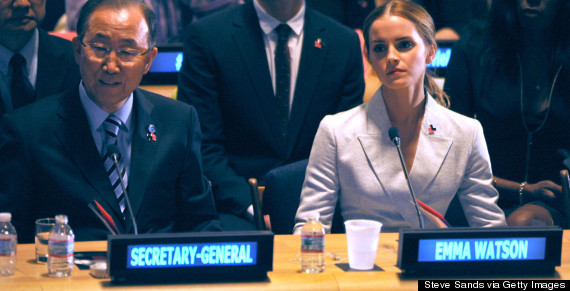 "Harry Potter" actress Emma Watson set the record straight on Sunday when she delivered a stirring speech at the U.N. defining what feminism truly is and the role men can play.

"For the record, feminism by definition is: The belief that men and women should have equal rights and opportunities. It is the theory of the political, economic and social equality of the sexes," the U.N. Women Goodwill ambassador said. "Men -- I would like to take this opportunity to extend your formal invitation. Gender equality is your issue, too."

...6. And Then a Transgender Activist Took Watson's Words One Step Further 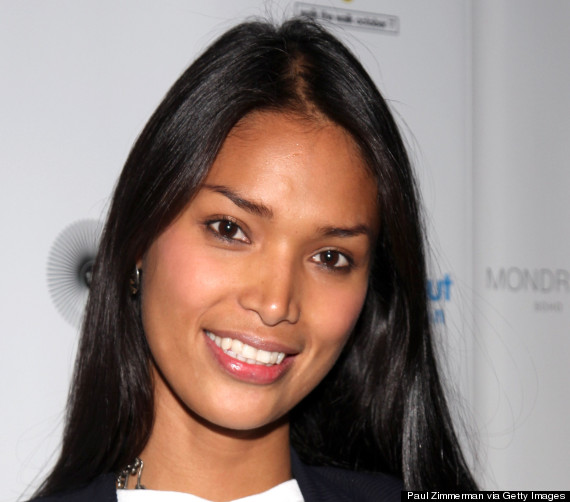 Transgender activist and model Geena Rocero said she completely agreed with the underlying message of Watson's U.N. speech and explained at the Mashable Social Good Summit on Monday why it can be so harmful to draw harsh and intractable lines across gender roles.

"Gender is a spectrum," she said. "Something happened when we, as a culture, created the mandate to put sex on the birth certificate the moment the baby was born. As much as I understand the purpose of it, we've confused that genitalia is always the same as gender. We've been led to believe gender is binary -- either you're just a rigid male or female."

7. Chelsea Clinton Said She Hopes Her Child Will Not Have to Fight for Women's Rights in 20 Years

My parents & I before tonight's amazing Clinton Global Citizen Awards. What a great start to #CGI2014! pic.twitter.com/BTfBjJbV7U

At the CGI discussion Equality for Girls & Women: 2034 instead of 2134?, panelists stated that systemic change needed to take place so Chelsea Clinton's soon-to-be-born child wouldn't some day be on stage at CGI making the case for women's rights.

"I hope not, I hope not. But I know that we have a lot of work to do to ensure there is a very different conversation in 20 years," Clinton said. The vice-chair of the Clinton Foundation highlighted women's strides in STEM, land ownership and peacekeeping, but called for more progress.

8. The Media Made a Huge Pledge to Cover Women's Issues

Alisa Miller, CEO and president of Public Radio International (PRI), made a commitment at CGI to launch Across Women's Lives, a journalism project that will report on ways women's empowerment leads to economic development.

"Current coverage of women and girls is woefully inadequate and the opportunity to interact with and participate in content creation can be greater," Miller said in a statement. "We are thrilled to launch this initiative to help people see how powerful women can be."

9. Young Women Leaders Demanded a Seat at the Table

#YouthVoices are global voices, and must be heard as the voices both of our future AND of today! #MDG456Live pic.twitter.com/ZgJ8VAffpq

The U.N. Week panel Can Youth be the Key to Unlocking Improved Health?, discussed how youth can help empower girls and prevent maternal and child mortality. Young people worldwide who have launched initiatives ranging from nonprofits that educate youth about reproductive rights to lobbying the government for systemic change asked to be included in major discussions about social change, stating "Nothing about me without me."

10. And Melinda Gates Reminded Us What it Means to Simply be a Good Human Being

Often a self-described "data nerd," the co-chair of the Bill and Melinda Gates Foundation called for more stats and cold, hard facts to inform ways we can improve women's lives. In conversation with Hillary Clinton and New York Times Upshot editor David Leonhardt during the CGI panel Equality for Girls & Women: 2034 instead of 2134?, Gates threw in the ultimate kicker, reminding the audience about the heart of the matter:

"How do we care for all human beings in a way that gives everybody dignity?" she questioned. "And I think giving women the ability to thrive and live the lives that they want for themselves and their children -- that's just the right thing to do in this day and age and the data all points to this direction."

Honorary Inclusion: He's Not a Woman, But...

11. Matt Damon Pledged to Help Meet Every Woman's Most Crucial Need -- a Bathroom 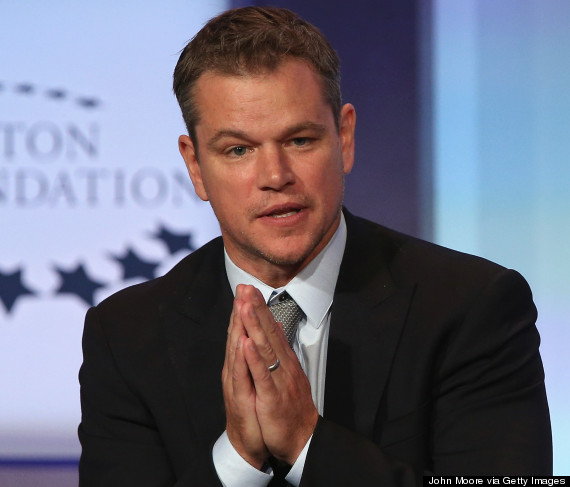 One billion people don't have access to clean drinking water and the same number still practice open defecation, yet these issues put women in particular at grave risk. Women and girls are often expected to devote hours each day to fetching water, which keeps them out of school and can lead to physical health problems and women and girls are at risk of getting sexually assaulted while relieving themselves outdoors.

To make toilets and water sources accessible to underprivileged people, Damon's nonprofit, Water.org, developed WaterCredit, the first program of its kind to use microloans to address the global water crisis.

The "Bourne Identity" actor announced on Tuesday at CGI that the program has helped more than 1 million people and 91 percent of borrowers are women.