As the world is watching the impact of marijuana legalization measures in Uruguay and several American states, the United Nations warns that the widespread public perception that pot is a low-risk drug is dangerously mistaken.

"Medical research tell us clearly that the use of cannabis, particularly at early ages, can be very harmful for the health," UN Office on Drugs and Crime chief researcher Angela Me told a news conference on Thursday, Reuters reported.

According to the UN agency's annual World Drugs Report, cannabis remains the world's most popular drug. Nearly two-thirds of nations surveyed in the study reported cannabis was the main drug consumed in their countries in 2012. The office estimates that nearly 180 million people consumed marijuana worldwide that year, way ahead of the 34.4 million that used the next most popular drug, amphetamines.

UNODC warns, however, that while cannabis may be perceived as the least harmful illicit drug there has been a noticeable increase in the number of people seeking treatment for cannabis use disorders over the past decade.

While global cannabis use declined marginally from 2011 to 2012, consumption in the U.S. continues to rise, according to the report. "The lower perceived risk of cannabis use has led to an increase in its use," the report says about pot use in the United States, adding that the 2012 votes to legalize sales of marijuana for recreational use in Colorado and Washington could lead to rising consumption.

While UNODC warns that consuming marijuana entails serious health risks, including lung problems and memory impairment, the office notes that it will take years to understand the full impact of such deregulation on public health.

The organization also notes that the number of cannabis-growing sites eradicated by U.S. authorities dropped from 23,622 in 2011 to 6,470 in 2012, although the authors note it's not known whether that decrease was due to declining law enforcement activity or to increasing licit cultivation. While marijuana got cheaper in the U.S., the price has more than tripled in Southeastern Europe and Central Asia.

Learn About Tableau
Download
Calling all HuffPost superfans!
Sign up for membership to become a founding member and help shape HuffPost's next chapter
Join HuffPost

The World's Favorite Drug Is More Dangerous Than You Think, UN Says
The Most And Least Used Drugs In the World 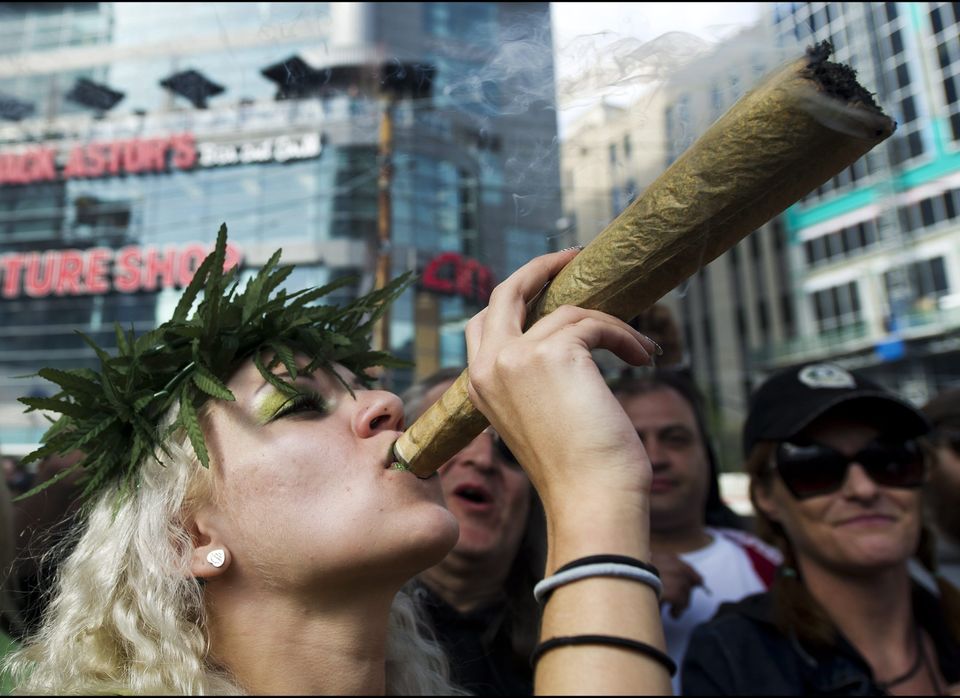