When I was first asked to write about a film about Cuba, I couldn't have been more excited. I had always been fascinated by its history, having grown up in Brazil with parents who lived through the sixties and the student movements. I was no stranger to pictures of Ché on the wall and the knowledge that they were the ones who had actually had a successful revolution. Well, that was then. As I learned that Una Noche (the movie about three teenagers trying to flee Cuba for the greener pastures) had won top awards at the Tribeca Film Festival, my heart skipped a beat.

Since I started working on this story I have had my share of heart-wrenching moments. The day after I sat down to interview director Lucy Mulloy and actor Dariel Arrechega about the film, I learned that two of the actors never made it to New York. Anailín De La Rúa De La Torre and Javier Núñez Florián, two of the stars of the film had fled when they arrived in Miami en route to the Tribeca Film Festival.

I was conflicted about how to approach this story, and as my confused heart kept pounding choices in my head, I found my answer: Start from the beginning.

So when I sat to interview Lucy Mulloy about the film, my first question was:

Lucy: Why Cuba... Cuba is so stunning and beautiful; I went there and I was kind of really taken by the visual, the energy, the people, the city itself as like an entity, the colors, the light... the whole thing... There is a kind of romantic side to the city, and a harsh side to the city, a sad tragic side, a happy side, it is so many extreme emotions in one place, and such a kind of unique place because it's so different from anywhere else, I've never been anywhere that is like Havana you know?

It was funny, as soon as I got there, I felt like I would love to make a film. I wasn't making movies, I had just graduated from doing politics, philosophy and economics.

So that was perfect!

Lucy: It's kind of what intrigued me, and made me go there, and see the place as well, cause you know, the political situation, and to see what it's like there.

How long were you there?

Lucy: Initially I wanted to go for a couple of months... I changed my ticket five times, an it ended up being a lot longer... My parents were like "What's going on?" (Laughs) 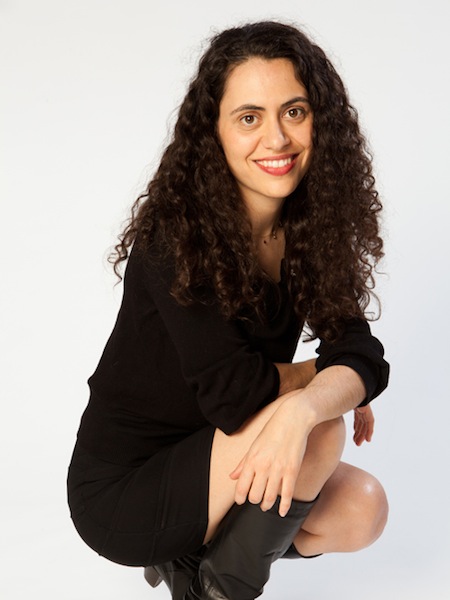 And then you came to New York to study film. Is that correct?

Lucy: Just after I got back from Cuba I applied to go to NYU and I got into the graduate school... and I actually got in with a... I wrote a feature Idea, a synopsis, just a treatment to get into NYU about a story in Cuba, and then three years later it was my thesis.

Lucy: It wasn't the same story, no, a completely different story... I just felt compelled, I was inspired there. I know that there are a lot of Cuban films, but I've never seen any, not current films... And I felt like I wanted to see that myself, so I wanted to make it... You know?

How did you do your research? Did you go to Cuba and stay there?

Lucy: I wasn't researching. I didn't go with the intention to research for a movie. I was living there and meeting people.

That was before you went to NYU.

Lucy: Yes exactly... and then when I decided to make my thesis, initially, it was a short film, shot on video and I just was going to make over the summer, and then Sandy, who is one of the producers, was starting to get permits, and was really excited about the project, and that kind of took longer to get the permits through and I spent more time in Havana, and it just grew, and it wasn't one summer, it turned into... You know, cause I pretended to came back to New York and use NYU's equipment to make a movie here, and suddenly... Well, I didn't do that. (Laughs)

You had a Cuban crew?

Lucy: There was a Cuban crew... and then people came over from the UK, and Spain, and from Mexico... A lot of amazing people came through, and worked really, really hard. It was a really tough shoot because it was long hours... People probably came out with the idea... Hey, we get to hang out in Cuba and... no. We were working all the time. Basically from the day they arrived.

Lucy: It was very intense, I saw over 2,000 people for the casting... I did it as a street-casting thing, so we gave out a lot of fliers, word of mouth, people meeting other people, and getting them to come to auditions. I spent a number of weekends just doing improvisations with people, we had lines going all down the street, a lot of people came.

Did you have the screenplay done ahead of time?

Lucy: The actors actually worked from a tight script, like everything they said was pretty much scripted, yeah, but they learned really really well, you know we worked together for a year.

So you worked together for a year before you started shooting?

Lucy: Yeah, and during that process, I was training them about different aspects of filmmaking, getting them ready with a camera, teaching about continuity, just the dedication that it takes to... The relationships between them, I really wanted the brother and sister to feel like a real brother and sister, so in order for that be real, they had to really know each other, feel really comfortable, so we got out together... And also the method, we worked out a method together to get them into the right place emotionally. When we were doing scenes, and we kind of learned a shorthand together, that really helped, because when we were on the set then, when we were shooting the movie, I knew a 100 percent that they knew what they were doing, and they knew the script and everything was like clockwork for them really, even though they still kept it fresh.

So when did you finish, and say this is a locked picture?

How long was the whole process? From beginning to end?

Lucy: In total it was six years.

What do you wish for people that are seeing this to get out of this film?

Lucy: I hope that when people get out they feel like they've been to Cuba on some level, and that they've experienced something of these characters, and feel for them. That they feel empathy for them and emotionally touched by them in someway, however that might be.

Una Noche is heart-wrenching movie that takes us to Havana, Cuba, this unique country that in this day and age of globalization is still a mystery to so many. It follows the lives of three teenagers: Raul (Dariel Arrechaga), Lila (Anailín De La Rúa De La Torre), Elio (Javier Núñez Florián) through their daily lives in Havana until an assault involving a tourist leaves Raul little choice but to flee to the United States. Elio will help and Lila will follow, for reasons that only young hearts can justify. They lead us to the water of what is and what was, and that inexplicable way of loving.

What do you wish people will take with them after seeing this film?

Dariel: The relationship between the brothers... How people change, how people need love in their lives. To know... to be aware of the decisions you make in your lives and that there are consequences after that.

With this, all I can say is I could never judge or even begin to understand why the two actors made the choices they made, but I feel for them, as I feel for their characters in the film. Because regardless of our beliefs, ideas, where we come from, or what government rules we live under... In life we all know too well the feeling of being stuck, wanting something more, of sacrificing for love, or of just believing that the grass is greener on the other side. Then we make our choices, to stay, to go, to leave everything behind, to embark on a journey because one feels compelled and inspired... And, as Dariel put it so perfectly, whatever the consequences of our decisions, they will be ours to live with. 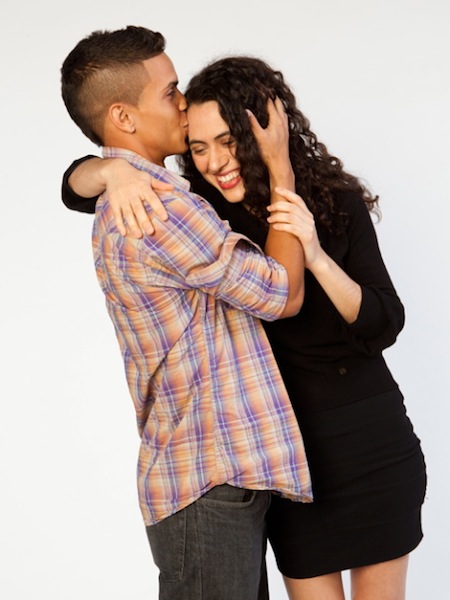 Portrait of Dariel Arrechaga and Lucy Mulloy by Leslie Hassler

I guess art imitates life that imitates art, and in its best form it will make us feel, strive, and hopefully think. In this case, for myself, about my heart, choices, and, of course Cuba.

Editor's Note: A previous version of this post incorrectly stated the names of the director of Una Noche and the actor. Their names are Lucy Mulloy and Dariel Arrechaga.