The complex issues explored in Unbroken Circle would be enough to send even the most tenacious of individuals scrambling for a psychiatrist.

By the conclusion of the new off-Broadway play, however, one gets the sense that each of the fictional family members would rather sweep those skeletons -- which include physical, sexual and psychological abuse -- to the back of a deep, dark closet than attempt to make amends. Currently playing at St. Luke's Theatre in New York, Unbroken Circle shouldn't be similarly brushed aside; despite its imperfections, the show delivers a surprising punch and finds subtle humor in what is ostensibly a catastrophic family scenario.

As noted in the program, playwright James Wesley loosely based Unbroken Circle on the experiences of his great-grandmother, whom he says was a victim of sexual abuse. Though his show does not appear to be otherwise autobiographical, Wesley says he was particularly interested in why abuse "often continues from generation to generation," as well as the coping mechanisms that such victims develop.

Check out photos from the show, then scroll down to keep reading:

Wesley also stars in the show as Bobby, a struggling father of two who has moved back to his childhood home in Texas with wife Cheryl (Lori Hammel) and daughters Cathy (Stacey Bone-Gleason) and Patti (Juli Wesley, the playwright's own daughter) after losing yet another job. After Bobby's father dies mysteriously, twin sister Edna (Anika Larsen) also returns home, where she squabbles with mother Ruby (Suzanna Hay) over her longstanding family estrangement. Adding some much-needed comic relief is Brady Bunch alum Eve Plumb as Aunt Jane, a hard-drinking, Bible-thumping cougar whose chief concern is the whereabouts of her brother-in-law's will.

The show's exploration of love-hate familial relationships has shades of Tennessee Williams and Tracy Letts, while Bobby's external struggle with his unfulfilled potential is pure Death of a Salesman. Still, Wesley's decision to set those themes amongst characters battling with a history of abuse lends Unbroken Circle an even bleaker tone. Unfortunately, by the time the show's breezy first act gives way to the more climatic second, the characters' individual revelations get so complex as to become downright befuddling to the audience. Perhaps Wesley has intentionally opted to keep plot specifics as indistinct as the personal boundaries of the characters he depicts, but such ambiguity makes for a less-than-satisfying conclusion at curtain call.

Still, that's no fault on behalf of director Jason St. Little and the ensemble cast, and Circle contains solid performances across the board. It's clear that the show was very much a labor of love for Wesley, whose real-life husband Seth Rudetsky served as co-producer. As Bobby, Wesley anchors the piece with poise and fortitude, while Bone-Gleason and Larsen are similarly well-suited for their respective roles. The cast's biggest standout, however, is Hay as the family's down-on-her-luck matriarch who's been harboring some shocking secrets of her own.

Also worthy of special praise is designer Josh Iacovelli, whose 1970s living room set evokes just the right sense of tension and claustrophobia necessary for such an explosive family drama.

While Unbroken Circle doesn't break much fresh ground in terms of its occasionally obtuse plot, a dynamite ensemble really makes it soar. The show won't answer the overriding question of how a dysfunctional family eventually breaks multigenerational cycles of sexual and physical abuse but instead makes for some thought-provoking, emotionally charged theater. 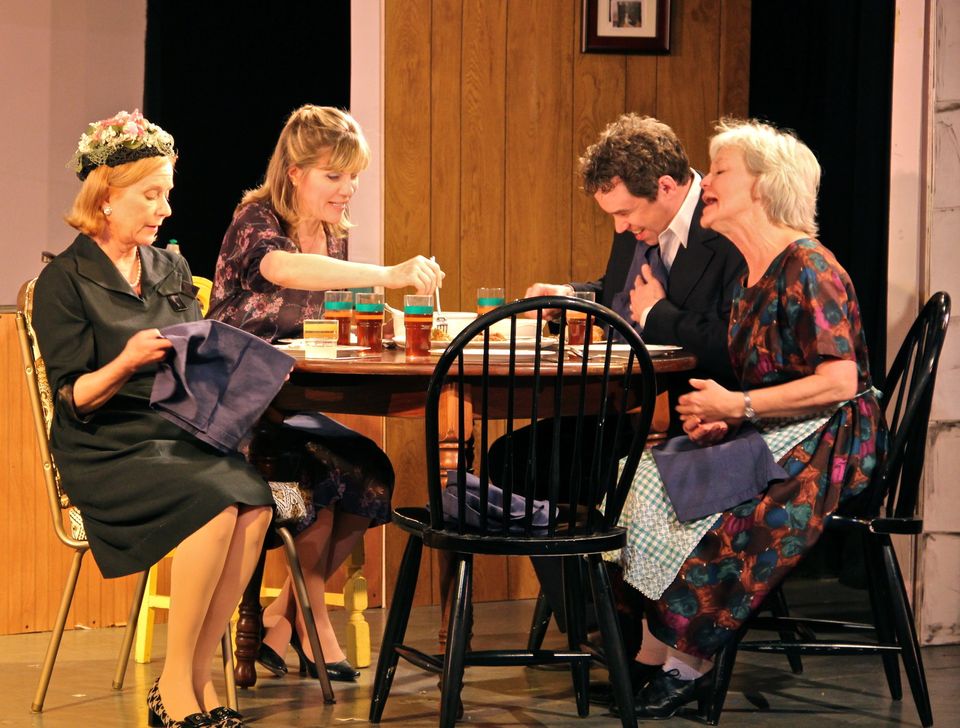