The Courage Project, a photo display on the University of North Carolina at Chapel Hill campus devoted to empowering survivors of violence and abuse, was vandalized late last week.

Photos of a former UNC student who identifies as a relationship-abuse survivor were scratched with the words "whore" and "real shit," said Andrea Pino, a UNC student who created the Courage Project. The project was vandalized either late Thursday or early Friday, the Daily Tar Heel reports.

The Courage Project is a gallery made up of the photos and testimonials of men and women who have been affected by violence. The display is in the UNC-Chapel Hill Student Union. On its website, the Courage Project is described as "a celebration of solidarity among all whom have supported the healing, witnessed, or survived sexual or interpersonal violence."

Pino was one of a group of women that filed two complaints against the university earlier this year, spurring an ongoing federal investigation into the school's handling of sexual assaults.

A photo of the Courage Project vandalism: 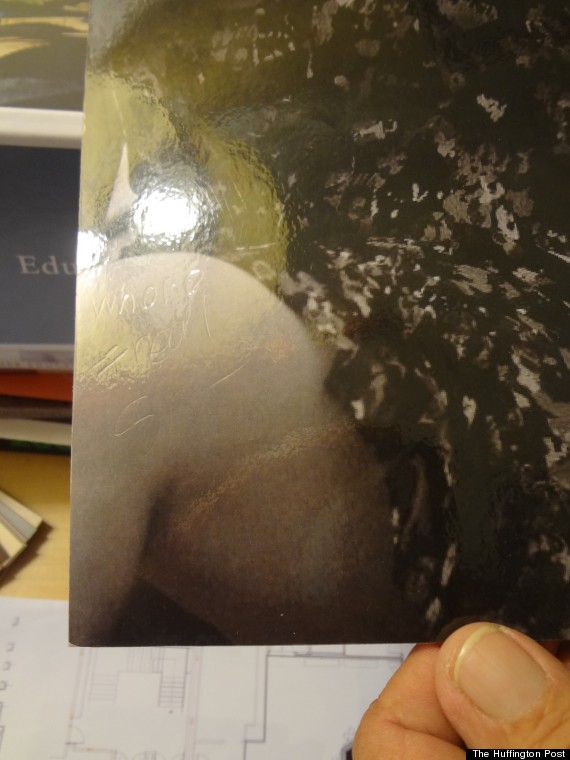 "The recent vandalism paints the picture of the already pervasive culture of rape and harassment at UNC," Pino said in an email, "and that of a national administrative indifference to college sexual violence and harassment."

The dorm where Pino was a resident adviser was targeted in April by vandals who left sexually offensive graffiti and markings on the door to her room. There also was a knife found at the scene.

At the time, Pino said she did not believe it was random, noting that in addition to the vandalism of her door, a display for Title IX also was damaged.

Title IX is a federal gender equality law, and the United States Department of Education's Office for Civil Rights is reviewing whether the university violated the statute in its handling of sexual violence on campus, as a result of Pino's complaint.

A photo of the April vandalism: 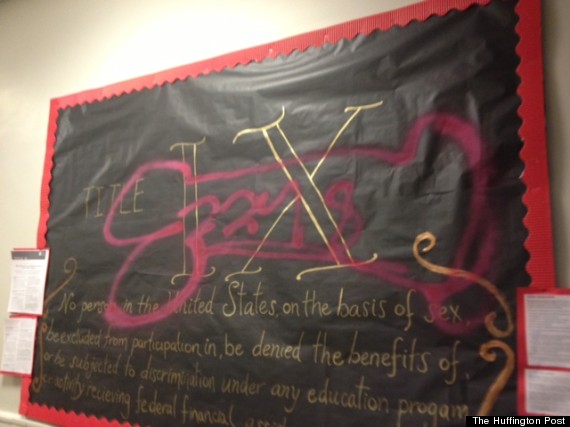 Randy Young, spokesman for UNC's Department of Public Safety, told the Tar Heel that the university is investigating the Courage Project vandalism. "We take it very seriously just because of the incendiary nature of the text that was scrawled," Young said.

Julia Da Silva, who helps maintains the photo display, said in a Tar Heel op-ed that the vandalism would not stop their activism around the issue of sexual violence.

"We, creators and participants of the Courage Project, have a response: We refuse to stop telling our stories," Da Silva wrote. "We refuse to tolerate violence on our campus. Last year, students, survivors, activists and allies started something big at UNC. It’s up to all of us to keep the momentum going."