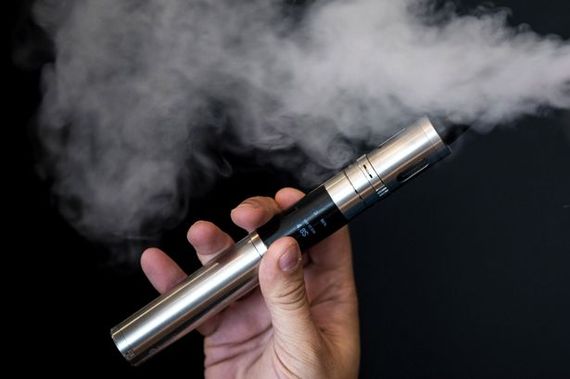 As Stoptober approaches its 4thyear, questions over the legitimacy and safety of electronic cigarettes still continues. Health questions surrounding vaping have since been answered by the British Government Watchdog Public Health English (PHE). However, public opinion still remains divided, with many still unsure as to the official government line due to conflicting reports from sensationalist newspapers. The confusion has also been felt in the workplace with employers failing to accommodate the needs of electronic cigarette users.

E Cigs are less harmful yet tabloids have confused the public

The use of electronic cigarettes or 'vaping' has been proven as the best 'harm reduction' alternative to tobacco. This fact is supported by the NHS who have suggested that electronic cigarettes are 95% less harmful than tobacco. The government line then is clear, so why are people still confused as to the health benefits when switching to e-cigarettes? The problem lies in the fact that the scientifically led information has been devalued by sensationalist arguments and tabloid spin. This has consequently muddied the waters of fact and fiction when it comes to the safety and health implications of electronic cigarettes. Reports such as the Daily Stars' which claims that vaping adverts could lead children to try smoking devalues the true scientific evidence and backing for the sake of a controversial story. This in turn is blurring the facts for smokers which in the long run is preventing them from making the healthier switch away from tobacco.

The public's negative opinions on electronic cigarettes is backed up by the results of the US-based STAT-Harvard poll which found that 65% of adults still believe that e-cigarettes are harmful to people who use them. As long as the uncertainty remains - employers and managers are ensuring that electronic cigarette users are treated in the same way as tobacco smokers.

E Cigarettes in the Workplace

Research has found that 55% of people don't believe that vapers should have separate areas away from tobacco smokers at work. This is despite new guidelines set out by the British Government Watchdog Public Health English (PHE) which encourages the idea of vaping areas whilst at work.

Professor Kevin Fenton, National Director of health and wellbeing at PHE, said: "The evidence is clear that vaping is much less harmful than smoking and that e-cigarettes are helping many smokers to quit.

"This new framework will encourage organisations to consider both the benefits and the risks when developing their own policies on e-cigarettes.

"Different approaches will be appropriate in different places, but policies should take account of the evidence and clearly distinguish vaping from smoking."
With government bodies such as the PHE and institutions such as the NHS categorically backing electronic cigarettes as a less harmful alternative to cigarettes, why is it that companies are still imposing such strict rules of their employers?

So why is it so important to treat electronic cigarette users differently to tobacco smokers? Vaping in the same areas as tobacco smokers undermines a vapers decision to quit smoking by forcing them to continue certain habits associated with smoking tobacco. This habit loop, as it is scientifically known, is a cognitive process which associates habits with a certain feeling of pleasure. For many ex-smokers, the act of standing outside or the smell of tobacco smoke can re-enforce the habit loop associated with smoking cigarettes and can, therefore, increase cravings.

Vaping Habits in the Workplace

Smokers and electronic cigarette users also differ in their addiction needs. The PHE have suggested that vapers need more breaks than that of a smoker. This is because vaping provides a lower levels of nicotine than tobacco smokers and therefore need to vape 'little and often'. Despite these statistics, only 24% of people believe that e-cigarette smokers should be allowed extra time for breaks at work.

A possible solution to this would be to allow vapers to vape whilst working. This would eradicate the need for constant breaks and would satisfy the PHE's recommendations for separating tobacco smokers and vapers. Although an obvious issue to this solution would be the effect this would have on colleagues who don't vape. The advice from the PHE states that vaper can be irritating to people with asthma and other respiratory conditions. This solution would simply be causing another issue and is therefore not practical for the workplace.

One alternative to this would be to provide designated areas for e-cigarette users to vape, away from both traditional smokers and nonsmokers. Therefore, giving vapers the best opportunities to stop smoking by providing a safe and convenient place away for the temptation of tobacco cigarettes. Another possible alternative would be to provide a vaping room; this would include an indoor area or section where vapers can separate themselves from both tobacco smokers and non-smokers.

In the end education will arrive slowly. With larger institutions such as the NHS and the PHE and their clear line on the health impact of electronic cigarettes soon we will be seeing more people warm to the ideas of vaping. This includes workplace acceptance which will no doubt change as acceptance increases.