Today, a Turkish woman in a cave took out her eyeliner and rubbed it abruptly inside the lower lid of my eye. It was sandy, slightly painful and, to my New York City mind, not appropriate. In my hometown, if a woman in a headscarf took out her makeup and grabbed my face, I would go ninja on her so fast. But here—in another place, another time, another world—I'm open. I'm ready for whatever this world wants to share with me, and I am down to give it right back.

Uncomfortable. The word's been on my mind a lot lately, and I finally realized that I'm comfortable with being uncomfortable. I kept my mouth shut when the waiter got my order entirely wrong (and I'm allergic to cilantro). I sat with soap in my eye for 35-minutes during my hammam instead of gently asking for some water. I dripped sweat through the drive to Kayseri instead of asking for the clearly-right-in-front-of-me AC.

I always sleep on the ground. I never complain about food, which has taught me to eat everything. Not once have I ever snarked at the sight of an Eastern toilet, a dirty hand to shake or a sip from a stranger's bombilla.

It's not that I'm soft-spoken—you already knew that—and it's not that I'm embarrassed, but for me, being uncomfortable comes with the territory. It builds cojones and character, the type of character needed to be a great traveler.

Let me preface this by saying that, relatively, I'm rarely in "uncomfortable situations." I'm writing this from a beautiful boutique hotel carved into a cave in Cappadocia. I have three of my closest friends sleeping in the room next door, I have a bed, running water and wifi. But the times in my life where I've had only one—or none—of these things, were some of the best, most deeply moving moments I can remember.

I was asked at dinner this evening if I've ever felt "uncomfortable," meaning threatened or scared, during my travels. Well, yes, I once slept alone in a stranger's mud home, 40 minutes hiking distance from the main road, another four hours from the Pakistani border. Yes, I once got locked in a cab in Brazil until I emptied my wallet and handed over all of my just-purchased souvenirs. Yes, I've been, let's just say, "groped" once or twice or a dozen times by some overzealous Spaniards in Ibiza.

In truth, when I am on the road—sweaty, smushed, displaced and disorganized, over-tired, over-worked, over the flights and over the sites—I'm at my most comfortable. There are no smoke and mirrors as my good friend once said. There's just plain-old me. In my own skin, at home in that second of time, and happy.

It's easy to idealize traveling—and I admittedly often do. Who doesn't love to travel? But I'm not speaking of impeccably decorated hotels and indulgent room service, and five-star spots and carefully staged moments that we as tourists are meant to see.

I'm speaking of the experience. The experience of picking yourself up, throwing yourself out there, putting your body and mind and soul into a new, often uncomfortable situation, and going with it. Be it four days in the Amazon with no real shower or sleeping in internet cafes as you bullet-train through Japan, getting taken for a ride through Chennai or having a panic attack on top of a snow-covered volcano.

Accepting moments in your history for what they are, and embracing them, that's the best part of this thing we call traveling. Because in this way, travel is a challenge, and a challenge is what molds you into who you are, right now, and who you will be when you wake up tomorrow.

So come on world, bring it. Let's get uncomfy together. 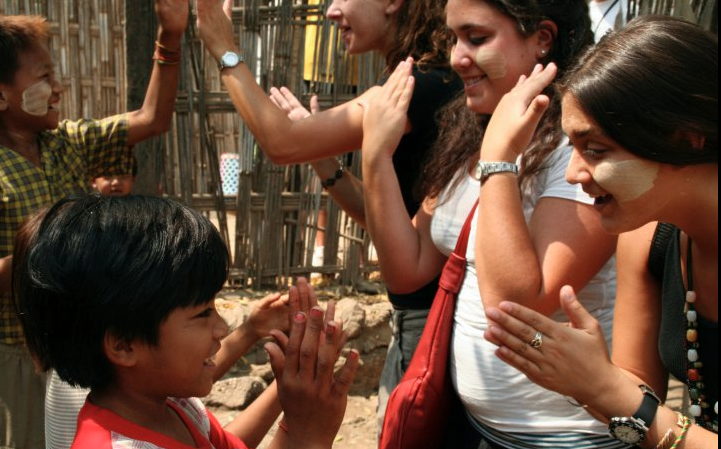 We're In A Golden Age Of Television, And It's Affecting How We Travel