A neighborhood favorite on Chicago's North Side has re-claimed its title as "World's Greenest Restaurant."

On Monday, Uncommon Ground, which has two locations at 3800 N. Clark St. and 1401 W. Devon Ave., was named The Green Restaurant Association's greenest restaurant in the world for 2013 after previously earning the honor in 2011.

(Scroll down for photos of the World's Greenest Restaurant.)

Uncommon Ground nabbed the honor by racking up more of the GRA's "Green Points" than any other restaurant worldwide. The Boston-based non-profit assess various aspects of a restaurant's operation like energy use, waste generated, chemical and pollution-reducing measures and even the eco-friendliness of building and furnishing materials.

“I’m proud to have in our City of Chicago the Greenest Restaurant in the Country," Mayor Rahm Emanuel said in a statement. "Uncommon Ground is a great example of what our city can do and what our country can do, use water and energy more efficiently, grow more sustainable food, while boasting the world’s most sustainable businesses.”

In a statement, the GRA highlighted a few of the restaurant's accomplishments, which include its implementation of full-scale recycling and composting programs (diverting 95% of its waste from landfills), producing renewable energy on-site, updating 100% of its lighting to be more sustainable, and the heavy use of sustainable food; according the the statement 24 percent of Uncommon Ground's food for its two locations comes from within 300 miles.

The independently-owned eatery constructed the nation's first certified organic rooftop farm at its second Edgewater location in 2008. In 2009, its Edgewater outpost won the Chicago Chamber of Commerce's "Green Business of the Year."

To celebrate the news, the restaurant announced Tuesday via Facebook it would throw a reception to mark the honor and would feature speakers from the Green Restaurant Association and the Green Chicago Restaurant Coalition. 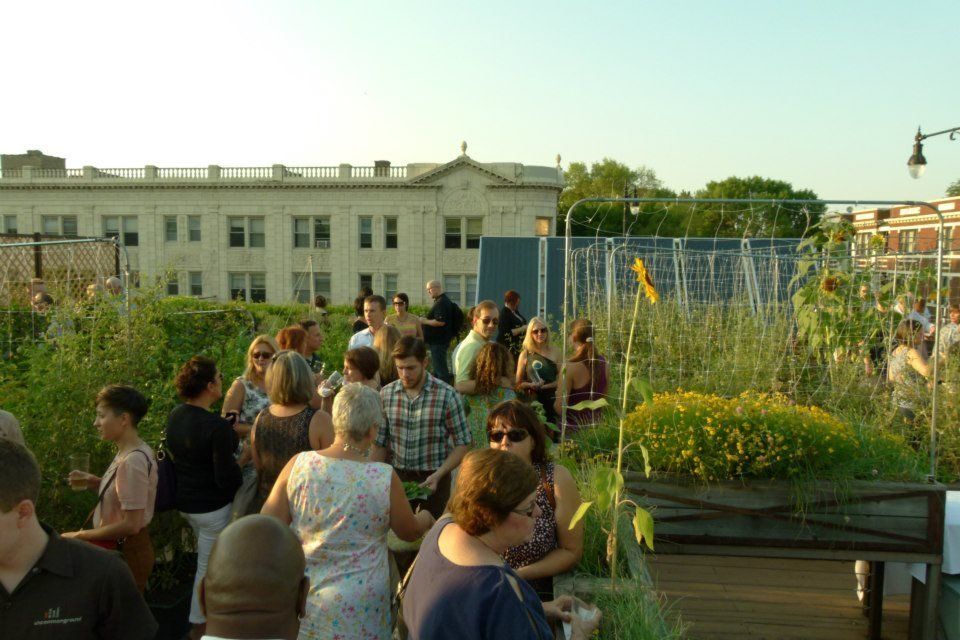