"I respect him so much," said the adoptive mom in the quiet of a hospital room for her baby boy, who was withdrawing from drug exposure.

I asked the adoptive mom why she said this to me about the baby boy she was adopting. She then explained that she thought he was brave and that he was working hard through the withdrawal from the drugs he was exposed to during the pregnancy. I was amazed by her compassion and sensitivity for this vulnerable child. 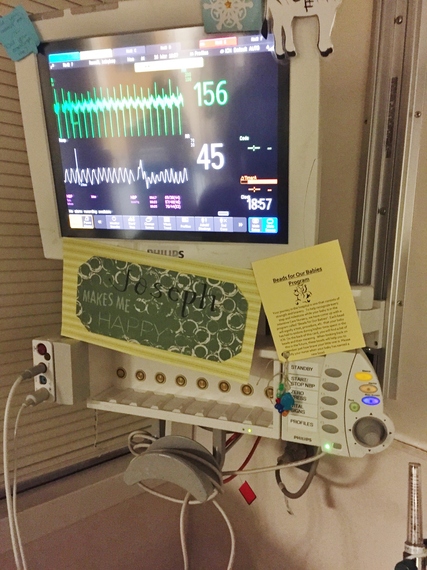 I drove to Philadelphia on a Saturday afternoon to do something that I have not done in a long while, i.e. visiting a newborn being adopted by a family. When I practiced pediatrics, I used to visit new babies in the nursery daily. I was in love with doing newborn exams... I was very playful with a fragile new life. I activated the baby and was frisky. I even held them up in the air and the nurses would scream at me. They forgave me because they knew that I was careful and that I would clean up the baby poop, change the diaper, and wrap the baby back up in his/her little crib.

When a baby was adopted, that was a thrill for me, beyond all moments. I loved being part of the adoption plan. When adoptive parents would arrive and I was in the nursery, I was eager to get them connected and I stayed a long time, to watch the attachment process as it began for the new family.

Three weeks ago, I received an email from a couple living in a suburb outside of Dublin, Ireland looking for me to review the domestic adoption information for a baby boy born in Philadelphia. I was very excited because I knew right away that I might be able to visit this baby. The baby boy was withdrawing from drugs that he was exposed to from his mother's use of opiates chronically during her pregnancy. He was on medication to ease the withdrawal, but was suffering from Neonatal Abstinence Syndrome (NAS).

I called the nursery after I helped the parents understand the mother's medical history and the baby's current medical circumstances. He was little, but on the growth curve and just very irritable, tense and fussy. He was having a lot of trouble feeding and was on a drug protocol to help him withdraw and finally be comfortable off the medication. 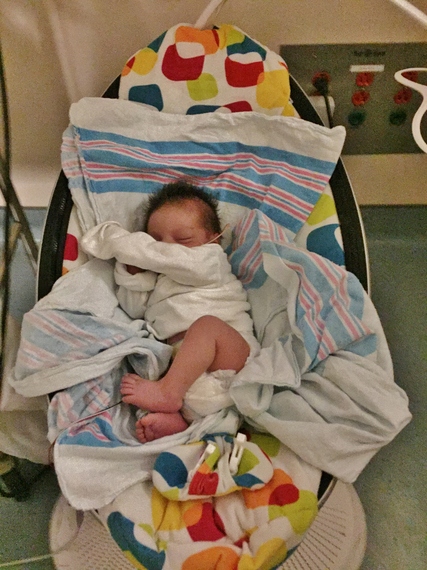 The hospital had designed transition rooms for baby's who had been in the Neonatal Intensive Care Unit needing highly specialized care. This little fellow was now in this room with his mother and father caring for him. He was wrapped/swaddled in the traditional soft cotton blanket with that band of blue and pink and strapped safely in a baby seat that swirled and vibrated gently to help ease his edginess. When I opened his blanket, he made sweet little noises and opened up his arms and kept his eyes tightly closed. He liked the freedom of being unwrapped and I spent time sitting in a rocking chair getting to know his parents and observing him.

They were a very easy and loving couple... married ten years after having met through a friend. One is a professor of politics and the other an artist who creates very unusual comics with quirky and funny stories. I went on her personal website and found the comics very unusual and enjoyable. I thought that they would be loving parents; they accepted the serious circumstances of their son's birth and were on board unconditionally for his lifetime.

We spoke about the long-term effects of drug exposure. We don't know much, except that babies can have a higher risk of Attention Deficit Disorder (ADD) or Attention Deficit Disorder with Hyperactivity (ADHD), learning differences, and perhaps behavioral issues. We do know that the kids affected by drugs do substantially better in the homes of adoptive parents who are not using drugs or alcohol. These parents were very comforted by what I shared with them, but they were already prepared for what I counseled. The training program for adoptive parents in Ireland sounds very sophisticated. This couple had hundreds of hours of coursework and meetings with social workers. They even understood attachment disorder for the babies who they might encounter from orphanage backgrounds in different countries. They were good students and were ready. 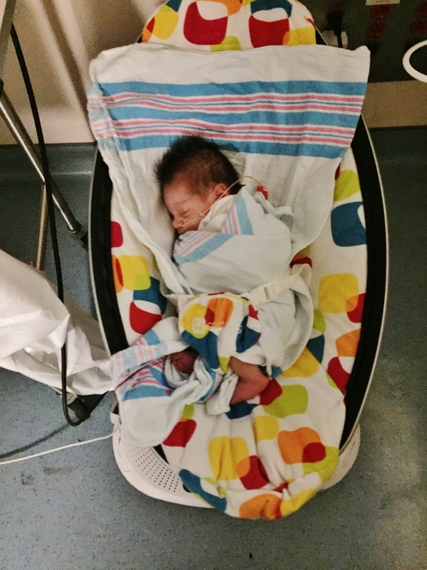 We discussed the possibility of open adoption during my Saturday night visit. Both parents were totally on board for this, but doubted that it would happen because they did not meet the birth mother and they felt that she did not want to meet them. I encouraged them to contact the adoption agency to press this issue and they agreed that they would pursue this. The adoption literature is clear that contact is healthy for the baby and allows the child a choice for the future when and if "search" comes up.

I was so touched by this family. They loved this little boy and had signed on the dotted line for their responsibilities. This was a very happy ending for this child, but there is a baby born every 19 minutes in the US with symptoms of drug withdrawal. We need to invest our time and money and be compassionate of women who are living with substance abuse.