This week marks Pakistan's historic elections. It's significant because since the country's birth in 1947, it's the first time there's been a transition from one civilian government to another. Whether Pakistan is under military or democratic rule, the creative culture that exists throughout the country has always been represented through the National College of Arts in Lahore. A glimpse of this is currently on display at Ilham's "In Transit" exhibition in Chelsea showcasing the work of four of Pakistan's emerging young artists. Curated by Khuram Hussain, the exhibition has been supported by the Rockefeller Brothers Fund with space provided by the New York City arts non-profit chashama.

One of Pakistan's most renowned authors Mohsin Hamid helped open the exhibition. Hamid pointed out that with its beautiful Mughal architecture and stunning courtyards, Lahore has historically been the creative hub of South Asia inspiring some of the world's most acclaimed artists and writers including Rudyard Kipling and Mark Twain. The National College of Arts is funded by the government and nearly free honoring a quota system accepting artists coming from all four provinces. Pulitzer Prize winning journalist Steve Coll helped lead a discussion with three of the artists in attendance. His Pulitzer Prize winning book Ghost Wars can be found in nearly every book store across Pakistan.

Ghulam Hussain, an artist from Sindh province, said that often times political arts sells well but to him, art should be personal and a way for individuals to represent who they are. His beautiful hand-woven pieces represent just that as they are distinct to Sindhi culture and as he tells me, work he began creating as a way to remember his father after he passed away. Hussain points out how his family considers weaving a way of life rather than seeing it as art. "Art is in a way that sense of newness. It's innovation that may be so familiar but when it goes somewhere else it becomes art and that's really interesting to me," he explains.

Another artist Romessa Khan said that coming from a feudal family, there are rules and regulations she had to follow. As a way to escape expectation from her family, she began to immerse herself into drawings. For artist Mariam Hanif, creating art is like a source of meditation. "As individuals, we should think deeper, why are we existing, all these questions are always on my mind," she says.

Although young graduates, all three artists are financially independent and support themselves through their work. Hanif also teaches art classes in Lahore. They credit Ilham for helping them take their artwork to an international audience. It is the first time visiting the United States for all three artists. However it's not the first time these artists have been written about. Hussain tells me I'll be the 14th journalist to cover his work. 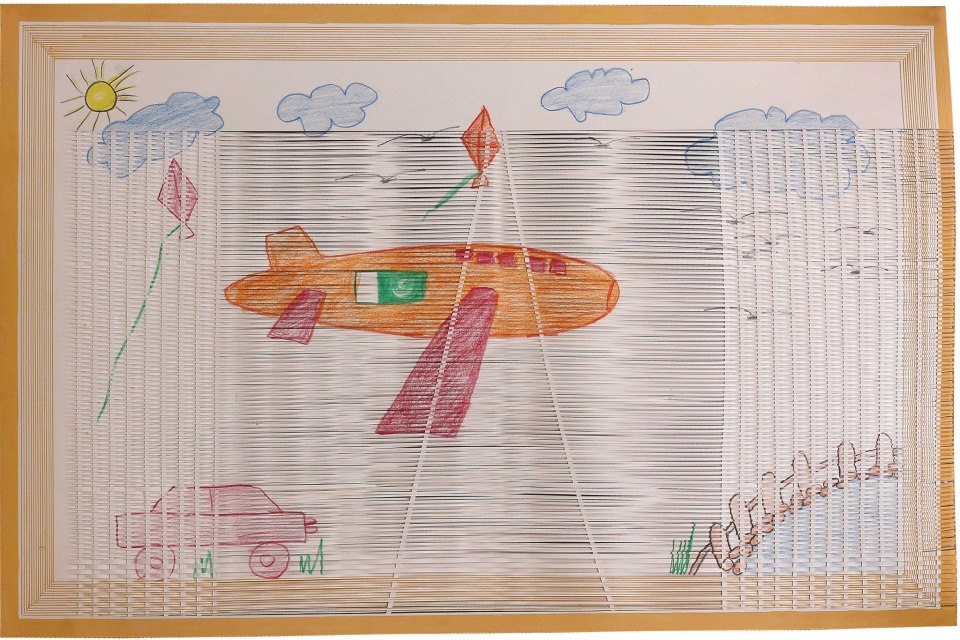 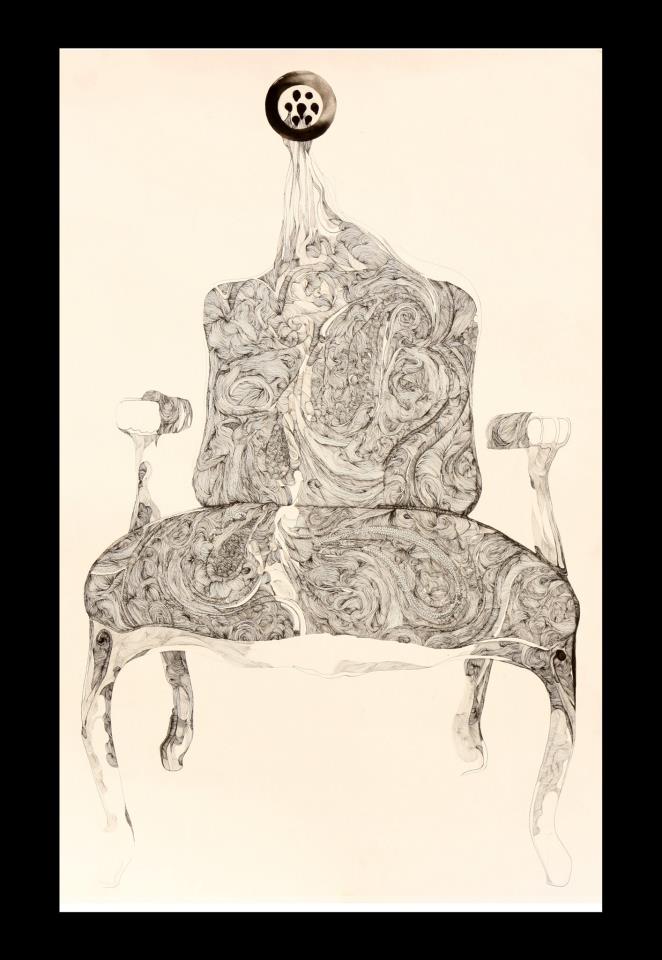 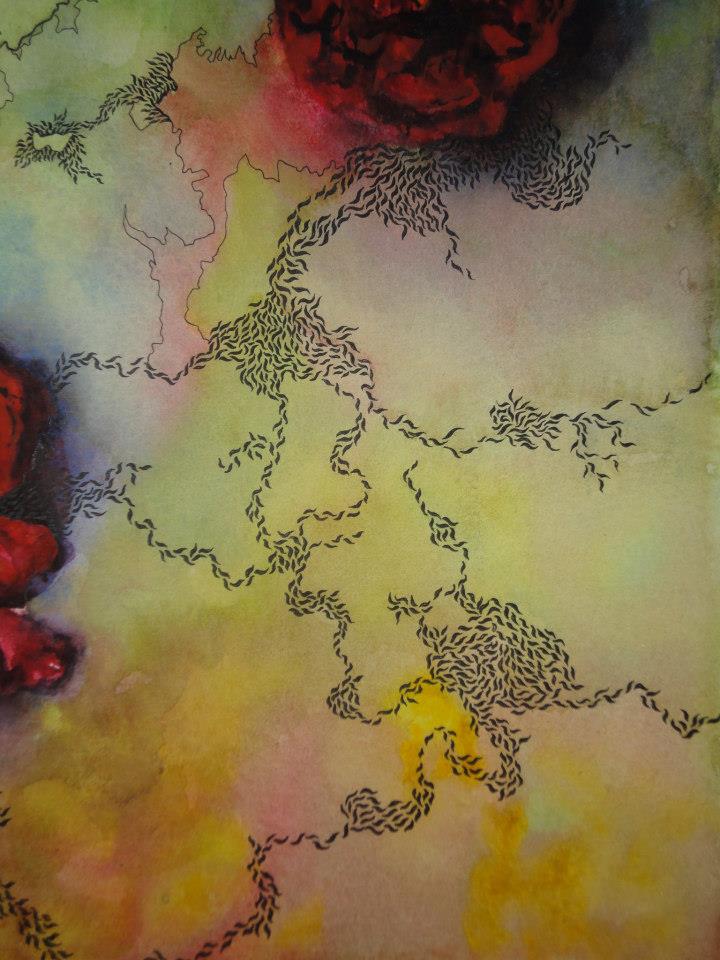 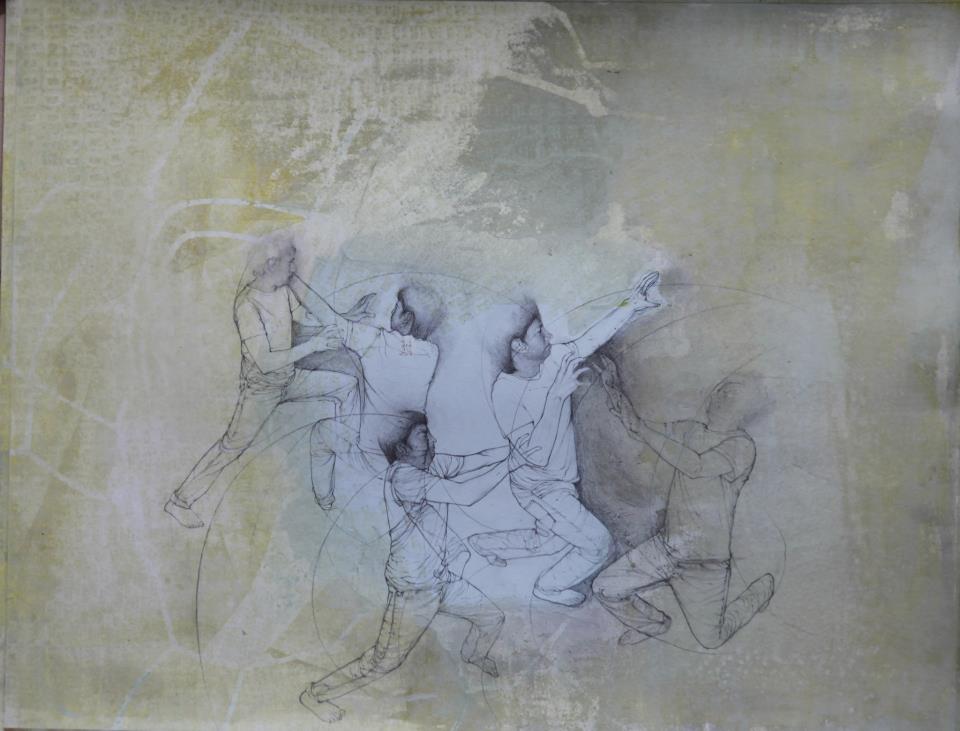