Kola Boof is the award winning author of "The Sexy Part of the Bible" and "Long Train to the Redeeming Sin," a book that put her life in danger in 2002. Her latest release is "Undefeated: A North African Writer's Support for Israel." 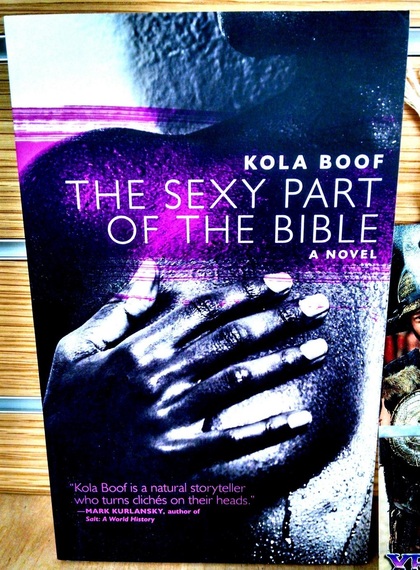 Loren Kleinman (LK): You've never been afraid to speak your truths, Kola. Can you talk about the resistance you've gotten from just being true to yourself?

Kola Boof (KB): I am the ultimate truth-teller. Nothing negative or fraudulent has ever been proven about me. Yet those who want me silenced keep perpetuating smear campaigns to the contrary. The latest controversy is over my support for Israel and my criticism of Islam. I was born Sunni Muslim in Omdurman, Sudan, I am vaginally infibulated, I was adopted and raised by Black Americans. I am married to a White Jewish husband. It infuriates a lot of black politicos and liberal democrats, my two tribal communities, that I am so passionately on the side of Israel.

A few weeks ago, just days before I released a book explaining why I support Israel, I was mysteriously banned from both Facebook and Twitter with no explanation. Both stipulated that I was permanently banned. I had to get an attorney and sue them to get my accounts back, but both accounts were restored right before the book came out.

The controversies surrounding me go way back. We can't cover everything here.
But no one can tell me that there's an author in America more lied on or more targeted with smear campaigns than I have been. I even have my own birther's movement--people claiming I was born in Nebraska and not Africa--or bullies claiming I was born a man and not a woman. There are activists that regularly hack my website and videos. The majority of my photos online are distorted and people think I deserve that. I feel that historians will someday look back and be really shocked at how journalists, pundits and the U.S. government treated me, not to mention foreign corporations like ESPAC (Sudan) and Ludin Oil (Sweden) that are on record as financing the smear campaigns against me.

LK: You're working on a novel right now for Akashic Books. Can you tell us a little bit about the book? What's the title? What's the process been like?

KB: It's called "I AM MY OWN DAUGHTER" and tells the story of Eyelet March, a haunted young Black American woman from Harlem who flies airplanes delivering furniture at night and has no fear of death. She's the candle. But the book actually deals with the way cultures, communities and neighborhoods commit suicide--not as individuals, but as groups themselves. 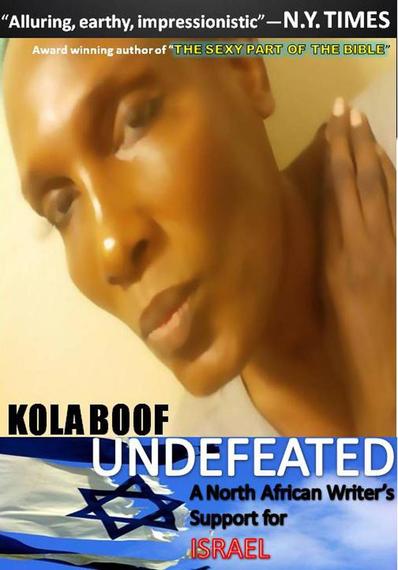 LK: You've also recently self-published a book about your experiences in Israel called Undefeated. Can you talk about the inspiration behind the title? What prompted you to write the book? Why should people care?

KB: I've lived in Israel twice. It's my second home. I was treated by Israelis with love and healing when I lived there. I'm appalled at the propaganda in Black America portraying Israel as exclusively some racially oppressive anti-Black state.

I flat out experienced more racism living in America than I did in Israel. As countless Black Israelis in my book attest, we experience Israel as a paradise surrounded by belligerent hellfire. In our African minds, so much of North Africa has been stolen by Arabs; so many of our African ancestors enslaved and massacred for Islam--we just don't comprehend how Westerners could be so against tiny Democratic Israel.

But more than that I have very historically-centered reasons for supporting Israel and not the Arab Islamic States. I needed to write very frankly about what is best for Africa, strategically. I am a loving person. I am half-Arab. I hate no one. My late friend, Theo Van Gogh, was in no way a hateful person. Theo was a revolutionary who understood that unless everyone is free...no one is free. Theo was instrumental in Russom Damba publishing my very first book "Flesh and the Devil" in 1995. So whenever I think of Theo or hear the word "Submit"--I am now proud that my response, "Undefeated", is published worldwide.

LK: You dedicated the book to Bill Maher (a huge Christopher Hitchens fan, which is why I fell in love with Bill). Why? What's your relationship with him?

KB: Bill Maher, Toni Morrison and Malcolm X are three...of the very rare moments...I've ever heard Americans get on television and tell the absolute unvarnished truth about something. I deeply idolize those three for doing that. Bill Maher spoke for millions of invisible, powerless little cut African girls and took enormous heat for examining Islam, Shariah and the Hadith. My eyes filled with tears to hear my value as a human being affirmed fearlessly by this White foreign Atheist male who has more love in his baby finger than warehouses of holy books have in a trillion pages. And I will never like Ben Affleck again. It's important for me to say so in public. 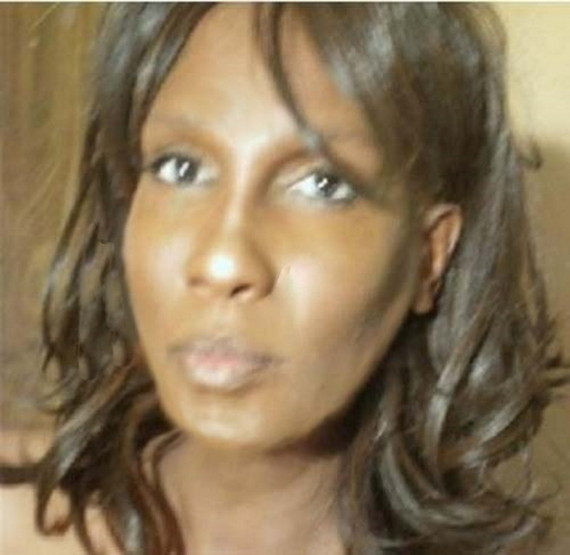 LK: Respond to this quote by Christopher Hitchens, author, God is Not Great. The person who is certain, and who claims divine warrant for his certainty, belongs now to the infancy of our species.

KB: Four good friends at different moments in my life--the boxer Mike Tyson, the late Professor Derrick Bell, Theo Van Gogh and Nigeria's greatest scholar, Chinweizu--they each promised me that though I walk alone in my career in America with fear and doubt, I will be 'Undefeated' by my detractors. I now join them in putting that into the universe.