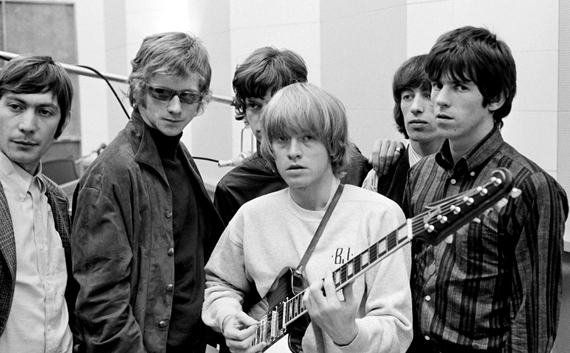 Rich Cohen's much publicized biography The Sun & the Moon & the Rolling Stones arrived the other day after the author wrote offering to send it to me. I had read the click-bait extract splayed across Vanity Fair that fairly trampled Mick & Keith as "Rock 'n' Roll Blood Brothers," although in truth Bill German's Under Their Thumb had unwittingly and innocently done the same for die-hard Stones fans some seven years earlier. I'd also read the tabloid pick-ups that reviewed the Cohen book, branding our Mick as "monstrous" and deemed even more ruthless than the new hubby of his ex-.

I had wondered what the co-creator of the recent Martin Scorsese-Mick Jagger HBO offering Vinyl was doing seemingly dishing dirt on our Glimmer Twins. Cohen had worked for the duo of Marty & Micky in the 90s and the co-creator credit appeared to be his belated going-away prize. Whether it was offered, deserved or seized is very hard to discern when the result is Vinyl. 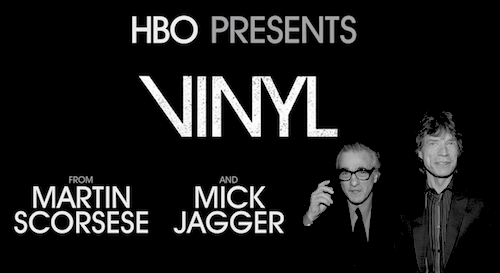 When I opened the book I realized that the author was the same eager-beaver writer who had been e-stalking me for a couple of years pressing to interview me for a book about music. With nary a word that its sole focus would be his personal take (with very little "give") on the Stones.

In the second half of 2014, a few people I know quite well were writing to me and telling me that a "Rich Cohen" was writing a book on music and/or the 60s era -- it was never quite clear which -- that he was a lovely fellow and that I should engage with him. I instinctively resisted. The book industry long ago lost its ethical compass in regard to the music business just as most of the subjects had. Suffice to say that nobody who had survived into this century had had any real idea that our music would. Nor that most of us would still have careers dealing with -- or just plain dealing in -- our past. 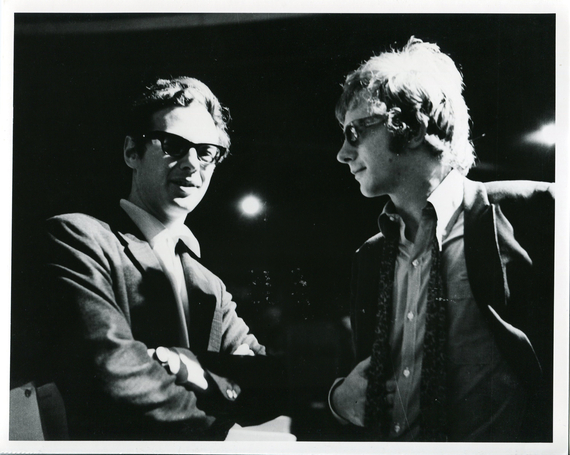 The very best books on the Sixties and what followed are written by those who were actually there. Most of the rest have become fodder for the schadenfreude society we have now become. Move over Kenneth Anger's Hollywood Babylon -- here comes just bog-standard Anger. With an endless soda-stream of Rock 'n' Roll Babylon!

One thing that is undoubtedly discomforting to the generation of achievers who baby-boomed into the Sixties is finding ourselves under the microscope through which we once peered. What was acceptable, nourishing and fun when it was written about folks we did not know personally but had engaged with up on the silver screen such as Charlie Chaplin, Fatty Arbuckle, Marilyn Monroe and all the rest, takes on a different perspective when we are on the slide ourselves. We had seen how the Hollywood legends had triumphs that were followed by tragedies and we'd enjoyed the ride. Now it's our turn. From voyeur to voyeured.

I am also uncomfortable because in his multiple attempts to interview me Rich Cohen was disingenuous. He never once said he was writing a book on Mick & Keith and The Rolling Stones. It was always just a general music book. 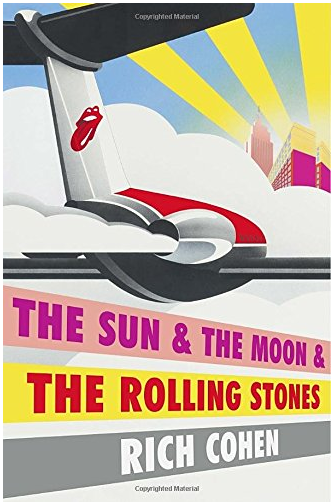 Now having read his opus -- the ambiguity of his approach was clearly intentional. The musician Al Kooper was among several who emailed me a few times telling me what a good fellow Cohen was and how much I would enjoy his company. As much as I am fond of Kooper, I was not about to accept his take on whom I might enjoy spending time with.

Even if I'd had the inclination to feather someone else's nest with stories I'd already furnished thoroughly, and if I may say so, quite eloquently, in my own four volumes of autobiography, time was not on our side. Owing to an unfortunate pelvic fracture that took me to hospital in Germany, I was enjoying an extended and much needed period of quiet time. My physio needs were more pressing than his publisher's deadline.

Cohen continued pressing me with his e-mails, even dragging in the recent death of his mother as a reason why he had to meet those that had influenced him whilst they were still here. 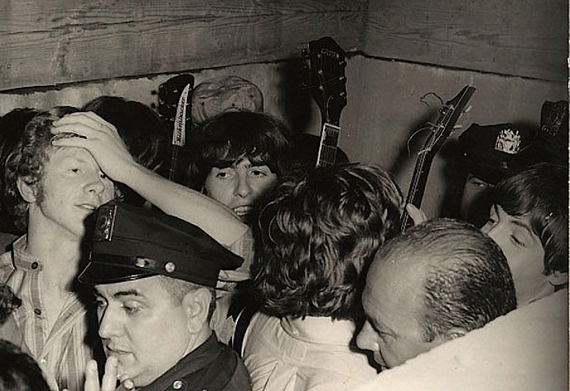 I am extremely selective about whom I choose to speak with about the past, but somewhat more willing to entertain questions submitted by email. So to put his entreaties behind me, I invited him to pose a few written queries.

Meanwhile I opened, and then fairly rapidly closed, his earlier book, Tough Jews, and found it difficult to fathom my friends' enthusiasm for Cohen. As the brilliantly sardonic jazz musician Ronnie Scott once wrote wryly about a tome: "once you put it down, you can't pick it up..."

In the event, Cohen asked some nine questions (of which I answered all but three) none of which were of any import about the Stones. Certainly his time would have been more constructively spent scouring my first two memoirs -- Stoned and 2Stoned -- for quotes to pillage, and this he eventually did. 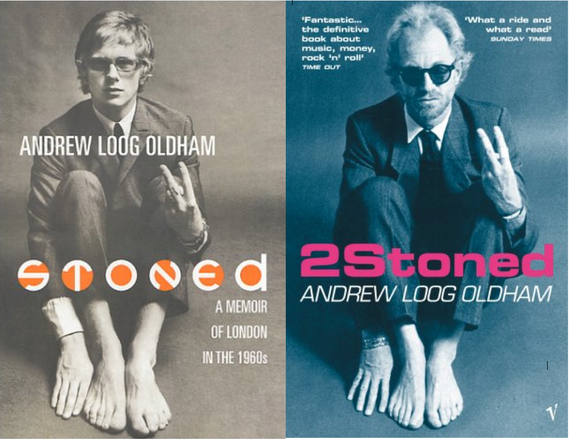 In general his book gives a good account of my work with the Stones, but this may be in part because it helps him paint his self-serving portrait of Mick and Keith. Just as the portrayal of me in Keith's memoir Life served Keith's agenda.

One of the Cohen memes is that the Rolling Stones have left a litany of actual and living corpses in their wake, and this myth has alas been perpetuated by some of Keith's more childish bleatings.

Given my consistent refusal to provide Cohen with anything useful, it is not surprising that Sun & Moon also sketches me as yet another victim of Mick and Keith's ruthless pragmatism. Somewhat justifiably in its account of our break almost fifty years ago and quite insultingly in its description of my present circumstances and priorities. 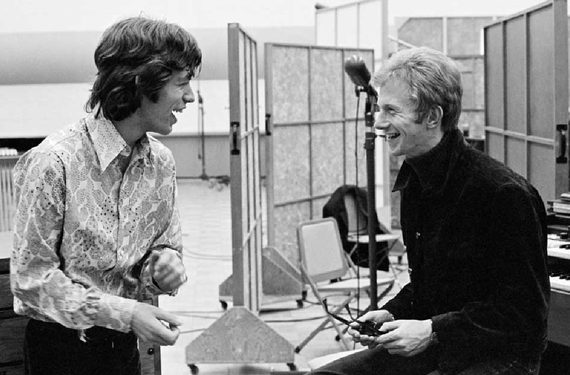 In its facile conflation of my youthful broken heart with my recent broken hip, Sun & Moon is unique in its ill-informed condescension and misplaced sarcasm. Cohen's contrast of the Stones' latest stadium tour with a keynote lecture I had recently given at an eminent Berlin academy is hardly a valid or pertinent comparison. I suspect he was aiming for irony. But he arrived at its trailer-park second cousin, flippancy.

Of course the offenses and betrayals he attributes to Mick and Keith -- and in particular the life and death of Gram Parsons (as that helps Cohen batter Keith a wee bit more) -- are far grander than anything he cut and pasted about me. In particular there is a really cruel, cutting barb about Keith and Anita's daughter Dandelion. 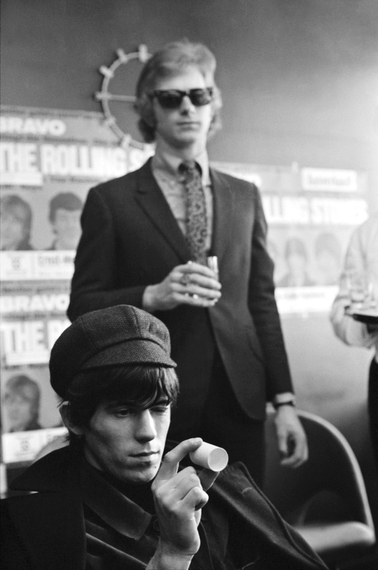 It's nearly half a century ago that I separated from the Stones, but on such occasions I still always take the side of the band I represented for a while. (Contracts may expire. Feelings in the heart endure.) After such a cheap attack I wanted to drop the zen and reach for a baseball bat on Keith's behalf. Being a good 25 years older than Mr. Cohen, I have learnt that his "Dandelion" comment is the type of remark that will come back to haunt either him or his children. It's the karma of it all... 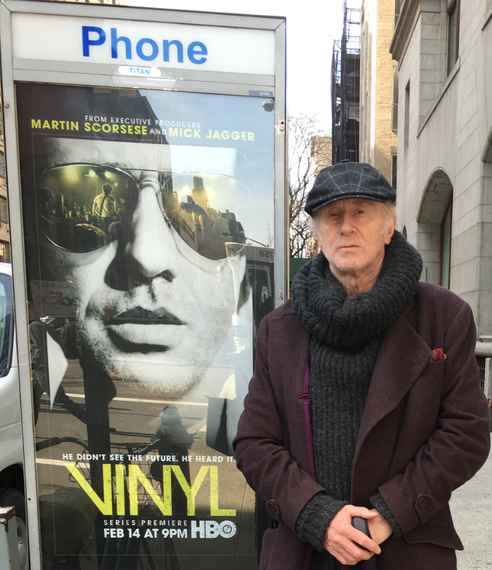 If there's a moral here -- and I don't know that there is -- it's that the hustler does not like being hustled.

I try to take care of my responsibility to make amends and leave no luggage after I'm gone. I doubt that Mick and Keith will care as much as I do. They've been on the actual game longer than I have. They know how to protect themselves and their broods from tomorrow's toilet paper.

In October they will fest in the desert with the ultimate supergroup -- Bob, Paul, Pete, Roger, Roger & Young. Something to look forward to.

I'm fine too. I'll always have Satisfaction. And don't cry for Rich Cohen. He ended up with a bit of Vinyl... 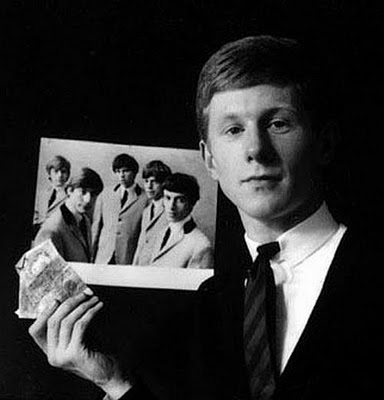 Portrait of the Young Manager in July 1963. Just three months after discovering and signing the Stones... 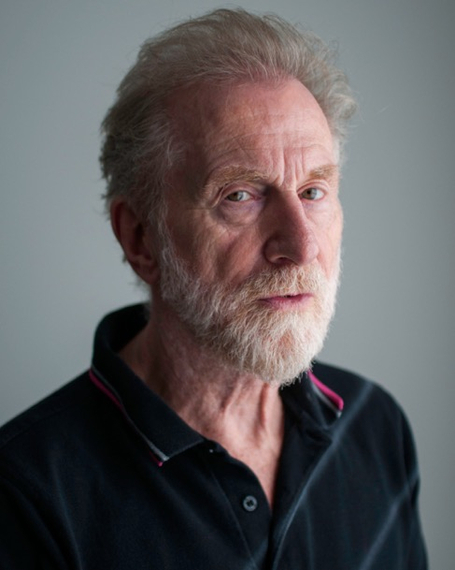