Last year, I was introduced to the The New York International Fringe Festival by opera. This year, I opted to start my season with a musical, written by Yale student, Monica Lameece Hannush. The Ivy League student majors in film studies with a focus on screenwriting. She studied playwriting with Donald Margulies, verse writing with Louise Glück, essay writing with Anne Fadiman, and fiction writing with Michael Cunningham. She anticipates graduating in May 2016.

On the 19th, I attended Hannush's Under, performed by The Con-Etiquette Players. Using flashbacks between a psychiatric hospital and Yale University, a group of millennials explore the themes of friendship, mental illness and ambition.

I interviewed Hannush after her opening night in Manhattan. 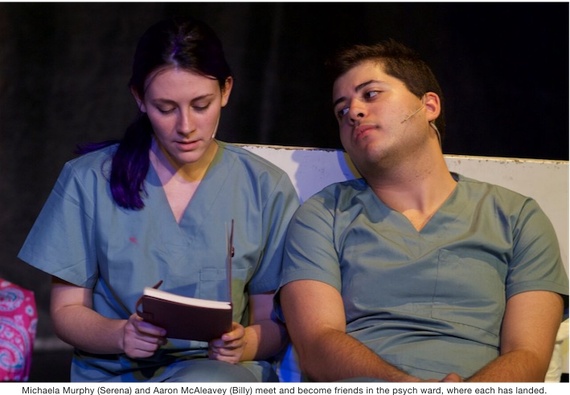 Is the story based on your personal experiences?

The story is based - based - on my personal experiences. At this point, aside from Serena, no given character corresponds to a specific person in real life. Over the course of several revisions, these characters - even Serena, to some extent - diverged from the real-life personae (multiple for each character) from which they stemmed, and they truly became figments of my creation. This effect was amplified once our cast inhabited these characters and took each of them in a unique, idiosyncratic direction. The show almost feels like devised theater in that sense.

What compelled you to write Under?

I don't believe that everything happens for a reason, but I do believe that as a writer, in some cases, I have the capacity to make it so. I'd like to think that, among other reasons, these things happened to me so that I could write a musical about them and get my writing career off the ground (among other less selfish goals that I hope this show achieves). I'm capitalizing on the hand I was dealt, making lemonade out of some of my relatively few lemons.

Do the themes resonate with the rest of your Yale classmates?

Absolutely. Three days after seeing the show, one Yale senior wrote, "I've been thinking about the show ever since [I saw it]. Though obviously our experiences don't align exactly, I saw a lot of myself in Serena. And the thin line you illustrated - between sane and insane, between the obsessions that propel us overachievers upward but also trap us in our own heads - really resonated with me. In the last few weeks of my senior year, I'm doing a lot of thinking about my (turbulent, bittersweet) 'narrative' and I think your play helped me give structure to a lot of messy thoughts, which is the mark of well-done storytelling."

A Yale freshman wrote, "I have a lot of... experiences in common with your main character and the show just really meant a lot to me. I think it will touch a lot of people. I for one really wish I could hold onto the show. Congrats on a really amazing production." 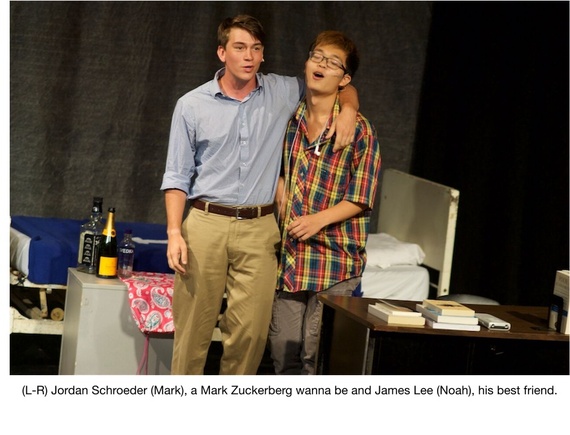 What is the Yale plague & how prevalent is it?

Of course, this pervasive anxiety - about success, about the future, about accomplishment - is specific neither to Yale nor to the Ivy League. The thing about this contagion, though, is that not everyone, even at a place with high neurosis rates like our little bubble of five thousand undergrads, is equally susceptible. The extent to which any of us is prone to contract Nothing-Is-Ever-Enough depends, in part, on how much of it is already inside of her, just waiting to be exacerbated. I was far from immune. The daughter of two immigrants, I'd been infected with Nothing-Is-Ever-Enough at a single-digit age. Maybe they thought they were vaccinating me. But, of course, the entirety of the blame lies not with my parents, but rather, with my failure to make efforts to recover. I, too, thought that the disease was necessary to propel me to excellence.

I get the sense that depression is positively correlated with the prestige of the school. Of course, it's important to keep in mind that "prestige" doesn't translate to "Ivy League."

How does your work add to the conversations about mental illness?

Right now, both on campus and beyond, such conversations seem to be dominated by editorials. These editorials are necessary, but by virtue of the form itself, they summarize the stories of those mentioned. More and more students are opening up in sharing their stories, but musical theater is not a form in which I've yet seen one of these stories elaborated. It's funny, some critics complained that the show didn't make clear my opinions on the issues at hand, that it didn't show lightbulbs over Serena's head with realizations and conclusions about the phenomenon of which she is a part. I thought, «Exactly!» The ambiguity in this show is deliberate. I'm not here to share my opinions. I'm here to share my story.

Were you afraid of any repercussions from the Yale community?

I was slightly afraid of repercussions not from the Yale community, but rather, from the Yale administration, who are not my biggest fans. I thought perhaps they would decide I had violated some obscure rule about calling them out on their lacking resources or making their institution look less than perfect.

How was the musical received on campus?

The Yale community loves the show. A Yale sophomore wrote, "Your play made me... feel a lot! Like I've never felt before seeing theater! Thanks for a fabulous aesthetic experience!" Another Yalie wrote, "I was completely amazed and blown away by how funny and thoughtful and poignant it was."

Yale professor, Anne Fadiman wrote, "You laid bare an aspect of Yale many people feel and no one talks about: the catastrophic downside of putting together 5000 students all of whom have spent their lives being told they are the smartest, most promising, and most special. Wonderful songs. Moving dialogue. Memorable writing." 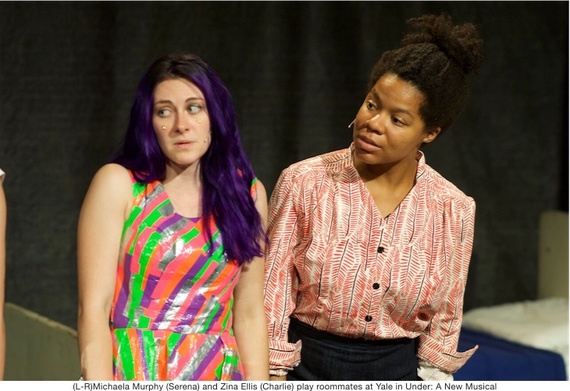 Did you ever consider having Serena die?

No, I never considered writing Serena's death, not only because I'm still alive (indeed, this story is not purely autobiographical - many of its elements arose from my imagination), but also because this story is not a tragedy. In a way, this story ends on a hopeful note. Serena grows increasingly self-aware and cognizant of her need to change her help-seeking strategies. 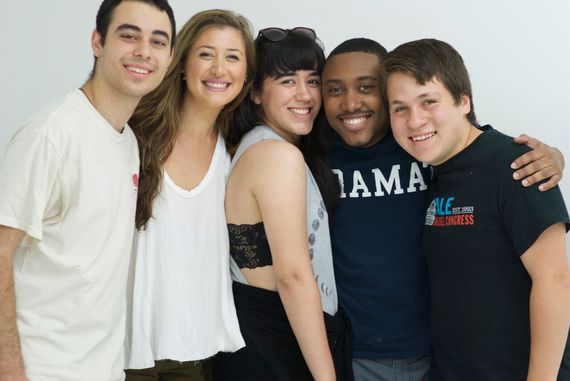