Two scientists have found evidence that underground carbon dioxide injection in oil and gas fields may cause earthquakes, a finding that suggests carbon sequestration projects could shake the earth, too.

Carbon sequestration projects, also called carbon capture and storage, or CCS, projects, are thought to be one solution to reducing climate change-fueling carbon dioxide emissions from coal-fired power plants and other sources. Several such projects are currently being studied across the country. 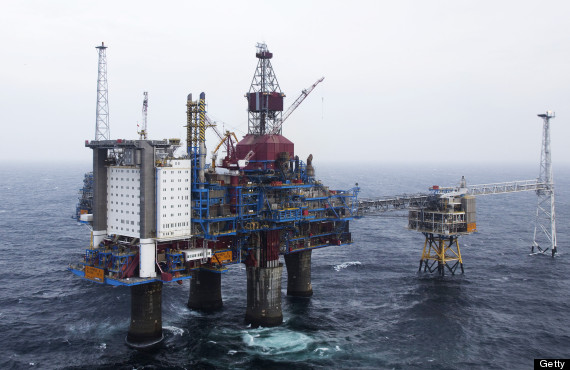 Though scientists have speculated that it's possible that injecting gas underground could cause seismic activity, there had been no hard evidence, until now. Seismologists Wei Gan of China University of Geosciences and Cliff Frohlich of the University of Texas-Austin investigated why a West Texas oil field experienced 93 earthquakes in 2009 and 2010, some of which were Magnitude 3 or greater, and they were surprised by what they found.

Frohlich said he originally thought the earthquakes were caused by an oil production process called “waterflooding,” which involves the injection of large amounts of water into the ground to help move oil deposits into wells, increasing crude oil production.

“I was surprised when I found the quakes in West Texas appear to be caused by carbon injection,” he said.

He and Gan were studying quakes in the Cogdell oil field southeast of Lubbock where scientists have found that waterflooding induced earthquakes between 1975 and 1982. The scientists ruled out water injection as a cause of the recent quakes in part because much less water had been injected into the ground in the Cogdell field over the past decade than between 1957 and 1982.

But since 2004, large volumes of carbon dioxide were injected into the ground in the Cogdell field. The study says the timing of the gas injection suggests it may have triggered quakes Magnitude 3 or greater, according to the study.

“The implications (of the study) have more importance to the climate community,” Frohlich said. “Of the things that have been proposed (to address climate change), the one probably farthest along is carbon dioxide sequestration.”

Frohlich said the study does not prove that CCS projects will cause earthquakes, but it shows that they could.

“It’s not a smoking gun,” said Wayne Pennington, interim dean of the College of Engineering at Michigan Technological University, who reviewed Gan and Frohlich’s paper prior to publication. “It’s not going to happen everywhere. It does not mean you cannot do carbon sequestration. It removes one level of uncertainty.”

“The bottom line here is, as Gan suspected, carbon dioxide injection under high enough pressures and with high enough volume could induce seismicity just like any other fluid at high enough pressures and with high enough volume,” Pennington said. “We see (quakes) fairly often with water injection. We know that that can often trigger seismic events and sometimes those can be quite large. So, it isn’t really a surprise that carbon dioxide injection does the same thing. Now the element of mystery is gone.”

“How come it happens in some places and not in others?” he said. “Where can we inject and when can we inject?”

The study, “Gas injection may have triggered earthquakes in the Cogdell oil field, Texas,” was published Monday in the Proceedings of the National Academy of Sciences.

Underground Carbon Sequestration Can Cause Earthquakes Too, Study Shows
Top 10 Most Polluting Countries (2011)